How is literacy changing — that is, how might new technologies demand new skills for reading, writing, and interpreting online texts? What do “critical reading skills” look like alongside these new literacies? How do students read and research online? How do we assess these new literacies? 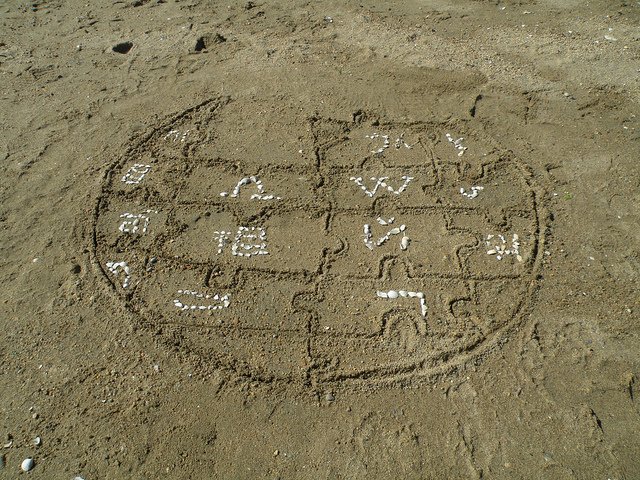 A couple of weeks ago, a story made the rounds (and admittedly I included it in the EML newsletter) that perhaps served to confirm some of the worst fears that educators have about Wikipedia: “I accidentally started a Wikipedia hoax.”

The story tells of two college students’ late-night decision to edit the Wikipedia entries for a handful of children’s book authors with fabricated information. Wikipedia is known, of course, for its community of editors that are quick to challenge, if not reverse, changes to articles. But for whatever reason, this particular fabrication stuck:

“Amelia Bedelia’s character is based on a maid in Cameroon, where the author spent some time during her formative years. Her vast collection of hats, notorious for their plumage, inspired Parish to write an assortment of tales on her experiences in North.”

Those two sentences, not just un-cited and unsubstantiated but totally wrong, were cited by multiple other (mainstream!) publications. I mean, it was in the Wikipedia entry, right? This story of the Cameroon connection became “the truth” of Amelia Bedelia — that is, until the story of the hoax was published, and Wikipedia editors removed these sentences and locked the entry to further changes.

No doubt, the story confirms some of our worst suspicions about Wikipedia, and so, some people will be quick to argue, students should be discouraged from using it.

How can we trust Wikipedia when the crowd-sourced online encyclopedia is open to these sorts of errors. Cue the litany of stories like “Why Wikipedia Doesn’t Belong in the Classroom.”

But all of the hand-wringing about a couple of incorrect sentences a single entry misses the point, argues Mike Caulfield, who responded to the “Amelia Bedelia hoax” by arguing her “hats are not the problem”:

“In a world where Elsevier was recently discovered to have published half a dozen fake journals for drug companies, a world where more recently 60 articles were retracted from the Journal of Vibration and Control due to a ‘citation ring,’ and a world where med research postdocs are faking anti-cancer trials and still working, I’m not sure to what we’re comparing this ‘hoax.’”

We need to maintain our critical reading skills no matter the publisher or the author, no matter the weight of the print copy or the “weight” of the URL

In what might not seem immediately like related news, comedian John Oliver recently denounced “native advertising” on his news analysis show Last Week Tonight. “Native advertising” is the practice of news organizations (not a new practice, for what it’s worth) publishing content that’s sponsored by (or even written by) advertisers designed to look just like “news.”

Caulfield points to other interesting updates to the “Amelia Bedelia” Wikipedia entry that have since been removed. For example, one that lasted a few months in 2007:

“The name ‘Bedelia’ is a derivation of the common Irish name Bridget. Irish maids were portrayed as being comically inept in the vaudeville theaters of New England in the late19th century. A popular joke of the period has a maid instructed to ‘Serve the tomatoes undressed’; she brings the dish to the dining room, wearing only her underclothes, saying, ‘I won’t take off another stitch- not if I lose my place, Maam.’”

That update was deleted without discussion.

“Is the beloved Amelia Bedelia a protracted Irish Maid joke?” asks Caulfield, “a sanitized relic of a previous age when the Irish weren’t yet considered “white”? That seems a rather important question for a scholarly work. And after reading about the potential vaudeville connection, it’s hard to un-see.”

The problem with Wikipedia, Caulfield argues, is that it forces a sort of consensus about what’s “worth knowing” about a particular entry. “When those networks are too centralized, or hold a monopoly on truth, minority concerns get lost, deleted, and overruled.”

Of course, you can view the history of each Wikipedia articles and track all the changes. You can view the discussion on each entry as well. There is a certain layer of transparency there – unlike the decision-making processes that go into more formal publications. Despite all the problems with Wikipedia’s editorial process – the lack of women, for example, and the site’s reputation for being viciously unwelcome to new editors – it is possible to trace how entries evolve.

How often do you, as an educator, use Wikipedia? What steps do you take to ascertain the veracity of the material you’ve found there?

Wikipedia usage is part of a new literacy that digital technology affords us. Yet Wikipedia is often dismissed, if not banned in the classroom. (Indeed, some schools go as far as to block Wikipedia on their networks.)

When we talk about rethinking literacy in the classroom, we must rethink academia’s “ban” on Wikipedia. But that’s really only a starting place. (Some educators have worked with the organization, making updating and creating entries assignments for their classes.) If nothing else, we have to recognize that an introduction to new literacies in the classroom probably has to start with the technologies students are most apt to turn to when they conduct the research that schools demand they do: search engines and Wikipedia.

And we should ask as well: How do we assess these new literacies? How do educators conduct and share “research”? How are they assessed for doing so? Do our current assessment practices that purportedly gauge student literacy – ones that still focus on that “traditional” notion of reading and writing – prevent us from developing new literacy skills? How do old assessments and old beliefs about “what counts” as “research” prevent us from giving these new literacies sufficient time and attention in the classroom?