As 2014 draws to a close, it’s become increasingly apparent that the current system of schooling isn’t really working for our kids, especially when taking into account the changes that we’re experiencing in the way we learn, the way we get educated, and the way we work. Harvard professor and author Richard Ellmore recently described his work with schools as “palliative care for a dying institution.” And his colleague at Harvard David Edwards noted that “Our kids learn within a system of education devised for a world that increasingly does not exist.”

Think about this: of the 4 million kids that entered high school eight years ago, only about 10.4%* of them graduated from college this year into a job that required the degree that had just earned.

Not that there aren’t other paths to “success,” but would anyone call that a “successful” outcome for the education system as a whole? Would you?

This may be “the biggest challenge of our society for the next decade.”

Or, take this recent piece in the New York Times on the future of work and the (negative) impact of robots on future jobs. While technology has always displaced jobs, “there are signs that this time may really be different.” Second, while the recessed economy has had its effect, “even with the economy’s recent improvement, the share of working-age adults who are working is substantially lower than a decade ago – and lower than any point in the 1990s.” And economists are now “not so sure” that technology will create as many jobs as it destroys.” This may be “the biggest challenge of our society for the next decade” suggests an MIT economist.

So what are the signs that this is “different?”

Here’s the big one: “The American work force has gained skills at a slower rate than in the past – and at a slower rate than in many other countries. Americans between the ages of 55 and 64 are among the most skilled in the world, according to a recent report from the Organization for Economic Cooperation and Development. Younger Americans are closer to average among the residents of rich countries, and below average by some measures.” 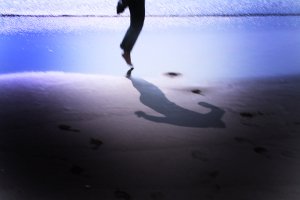 Why is that do you think? Could it be our focus on what’s testable instead of what’s doable? We’ve spent a lot of time and money making sure kids know a lot of stuff. But in doing so, we’ve neglected to emphasize their ability to do anything with what they know. And you need only look at your current assessments to know this is true. What does your report card say about a child’s creativity? Persistence? Common sense? Adaptablility? Problem-solving skills.

Don’t miss the point: in the coming workforce, your kids will be lost without those. Yet right now, we’re just crossing our fingers.

And if the jobs are going away, do your kids have any entrepreneurial skills to fall back on? Or are they basically being taught to wait for the job opening? Some now estimate that over 50% of people in the work force will be in some type of freelance capacity by the end of the decade. That certainly is not the world that school was built for.

Yet the problem is bigger than our emphasis on the stuff that’s easy to test or the way we basically ignore the deep development of skills. The system and structures of school that were put in place over 100 years ago are growing more irrelevant by the day. The growing freedom to learn that we have (or will have) with ubiquitous technologies and connections pose a fundamental challenge to the lockstep, linear, standardized curriculum that is currently in place. More, when those freedoms that kids enjoy outside of the school are taken away from them when they enter school, the “engagement problem” is going to be even more difficult to solve. No amount of iPad or Chromebook rollouts or high energy teachers are going to make kids more engaged long-term in a curriculum they don’t care about in the first place. And don’t be surprised if the students begin to demand something different in the schooling experience. (It’s already starting to happen.)

The fix here is not to do school “better” by traditional standards. The world is in an intense period of shift, and the job market is just one of many new realities that our students are going to have to face. Tradition and nostalgia are among the biggest barriers we have right now. Instead, the fix is about doing it differently. And I’ll tell you right now, different starts with decreasing the emphasis on “knowing” information that is now at our fingertips and increasing the emphasis on learning and doing and creating new knowledge in a world where technology makes those imminently possible wherever we are, on demand.

My challenge to educational leaders and decision makers in 2015 is simple: take the time required to develop a truly modern context that embraces the shifts in technology, in education, in the future of work, and, most importantly, in the present and future of learning. I say this with as much urgency as I can muster through words in a blog post: Schools were not built for this world we now find ourselves in. For our kids’ sake, it’s high time we start rethinking it from the ground up.

(* How did I get to the 10.4%? A recent report titled “Realizing the Potential of Learning in Middle Adolescence” cites the overall numbers on page 4. I adjusted the graduation rate based on the most recent reporting. The percentage of college graduates working in jobs that don’t require a degree is taken from this April, 2014 article in the Wall Street Journal.)