“Having no destination, I am never lost”.

Reading Audrey Watters column in last week’s EML brought back memories of the intensity of those first days, 25 years ago, when the hundred or so 10 and 11 year old girls at MLC school in Kew were the first in world to have 24/7 access to their own fully functional personal portable computer.
As Audrey related, this was unique not just because those girls were the first to have a laptop, but more importantly because it was about ‘supporting the girls’ construction of knowledge by placing in their hands these new, powerful, programmable computing machines. They were to serve to bring about a radical transformation of school, school culture, and teaching and learning.

I was one of the fortunate ones who was there at the beginning, and I remember well the excitement, the energy…and the chaos as everyone involved was trying to work out what the heck this would mean…and making it up as we went along. Yes, this was happening at a place where taking risks, making mistakes was part of their culture of innovation; and if not for the extraordinary commitment of the Grade 5 and 6 teachers at that school at that time, the idea could have been lost even more quickly than it had been found.

But as Audrey wrote, that was 25 years ago, and yet that was a time when those 10 and 11 year old girls were programming in LogoWriter, building Lego Logo models and designing games that not one of the hundreds of educational leaders who visited the school over the next three years ever thought was possible. Not one.

So with such an inspirational model as a launch pad for making Seymour Papert’s vision a reality, why have we lost our way? How has such a powerful idea come to be buried under the millions of laptops that are now in the hands of our young people, and why has there been so little understanding of the commitment required to drive the transformation on which his vision was based? For too many schools, states and even countries, they have been on a road to nowhere, not knowing where they are going or why. 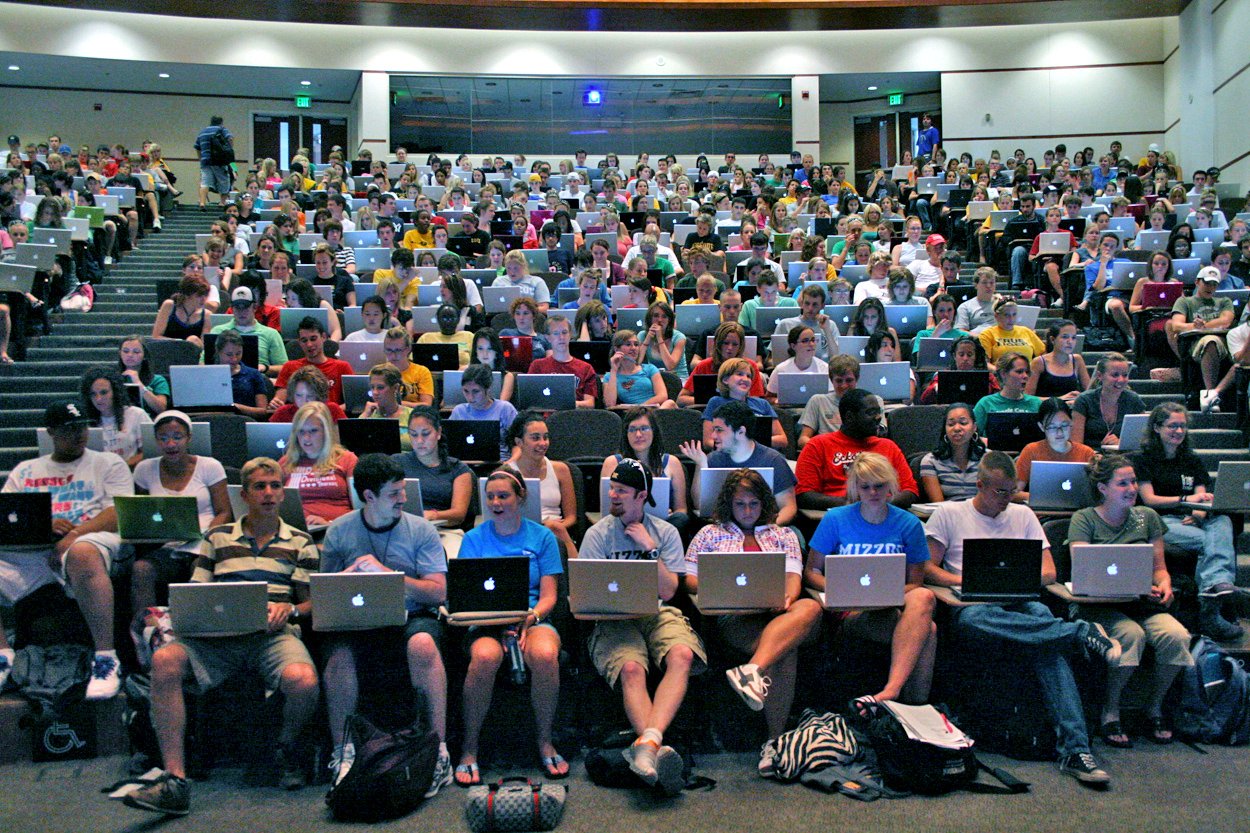 It’s not that Papert always got everything right, but so much of what he wrote and spoke of had wisdom and insight that even today we are only just beginning to fully understand and realise. It was about enablement and agency, but along the way those concepts were lost to many.  Ironically the laptop was, in effect, both a blessing and a curse. It was indeed in Alan Kay’s words, ‘an instrument whose music is ideas’, but sadly the instrument became the focus, and the music that it could make possible was lost on many. Yet if they had truly understood the repertoire that was possible, the outcome may well have been very different.

But before I get lost in metaphors, let me explore three questions that I think may help us better understand why to date we are yet to fully realise the potential of what ubiquitous access now makes possible. Given the 25 years that has past, I think it warrants at least this and my next two columns to explore the questions in some detail.

The first relates to expectations…Why do we appear to have such low expectations for what digital richness now makes possible for modern learners?

This is the question I ask after having lead conversations in workshops with thousands of school leaders about their expectations over the past decade, and I think the answer relates to context, opportunity and imagination.

The expectations we have directly relate to the context in which we live and work, and for many educators, digital or technology richness has only been a reality for them in recent times. As they became more aware of it, their first reactions were to want to ‘fit’ this richness into the schooling that they knew, and that they were most familiar with. This is where the substitution, exchange and automation practices were derived from, which in turn simply supported much of the legacy pedagogy that neutralised the potential for what digital richness can make possible.

Much of the shallow design driving many of the apps that are currently available sadly fall into this category, usually promoted with words such as ‘simple’ and ‘easy’, or both, and based on weak pedagogical principles that show just how low expectations can go. We accept this if we do not know better, and as teachers and leaders are becoming immersed in digital richness both personally, and more importantly, professionally, the bar is starting to fortunately be lifted. But we still have a long way to go.

Secondly this is about opportunity. It’s about asking what opportunity an exceptional Year Nine Math teacher has to re-imagine how mathematics could and should be learned in a digitally rich world. It’s about re-imagining how our modern learners engage in science, and how students learn not about history, but rather learn to be historians.

It’s also about the opportunity that only comes from ubiquitous access. No compromise. You simply cannot give true agency to a learner when their access is limited to 1-2 hours per week; you simply cannot empower learners if their access is limited to an occasional, scheduled visit to a computer, be it in a lab or on wheels. So it has been this myth about access, and the complete lack of opportunity to actually work, connect and learn with computers whenever required while at school that further explains the limited expectations that became all too common amongst educational leadership.

Yes, as Audrey outlined, we did finally start to break out of that 25 years ago, but it has been a very slow grind, and it appears to have taken all that time and more for many to understand just what is required to provide students with a modern learning environment where they truly have the freedom to learn, and just as importantly for teachers to be given the freedom to teach.

But the tide is definitely turning. Slowly the magic dust of one exceptional teacher who battles against the odds to show what digital richness now makes possible is no longer the exception, but becoming the rule.

It’s about providing the opportunity for a more iterative pedagogy, one that explores, discovers new ideas for engaging young people in complex concepts and deeper thinking. It’s behaviour that doesn’t fit the mould; it’s unpredictable, and chaotic, just like those Year 5 classrooms at MLC 25 years ago…and it’s about imagination and creativity, which brings us to the final part of the answer to the question about low expectations.

We can’t be creative if we are continually locked in routine and we can’t be creative within a culture of compliance, and we certainly can’t have high expectations of what our faculty and students might make possible if we continue to operate and abide by the orthodox structures of formal schooling. Is it any wonder the ‘subversive instrument of change has (to date) been neutralized by the system and converted into an instrument of consolidation.’?

If we really want our faculty, our students, our communities to re-imagine what might now be possible in a digitally rich world, then we must create the environment for that to happen.

It is fanciful to believe that our exceptional Year Nine math teacher or his science or history colleagues are in any way going to be able to create the best possible environment for modern learning if we continue to fail to address these realities, or set new priorities.

But the tide is definitely turning.

Slowly the magic dust of one exceptional teacher who battles against the odds to show what digital richness now makes possible is no longer the exception, but becoming the rule.

Slowly the road to nowhere starts to become a road to somewhere which is tangible, transformative, and able to be articulated to a wider community by the modern leadership that makes it possible.

Slowly, after 25 years, a vision might finally start to become a reality.

1 thought on “Road to Nowhere”