“The interest roused by historical simulation games is readily explained,” writes Jeremiah McCall in a 2012 article in The History Teacher. “These games offer immersive, interactive, multimedia representations of the past that are radically different from other forms of media. They engage players through multiple modes of communication: visual, textual, aural, and tactile. Through these modes of communication, compelling problems are presented that invite the player to engage and make world-changing decisions. Given these features, it is not surprising that a growing number of educators want to use such games in the teaching and study of history.”

But simulations and games are not without controversy or criticism. 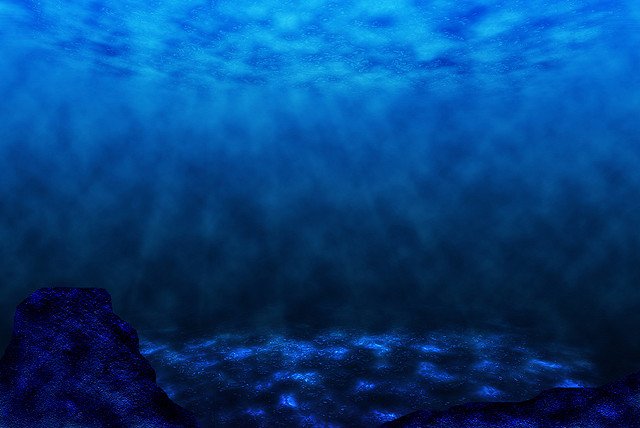 The historical simulation games created by Mission US are not new; the first one was released in 2010, and they’ve been reviewed favorably by both the gaming and education press. But over the weekend, the second game in the series, Flight to Freedom, caught the attention of educator (and EML contributor) Rafranz Davis when it was promoted by Common Sense Media’s Graphite site as a good piece of technology to “celebrate black history month and beyond.” Davis objected to the game – the content, the storyline, and the gamification of history.

Flight to Freedom is a simulation of slavery: “It’s 1848. You are Lucy King, a 14-year-old slave in Kentucky. Will you find a path to freedom?”

The game opens with the protagonist, Lucy, waking up in the slave quarters of the King plantation. She overhears her mother helping Henry, a fellow slave who has been beaten. Lucy’s mother says that Henry will need comfrey root and requests Lucy bring some from down by the creek. On the way to the creek, the plantation’s overseer assigns Lucy a handful of tasks.

Throughout the game, the player is presented with choices of how to have Lucy respond: to comply fully, to rebel a little bit, or to outright resist. The player earns badges for these choices, and they shape the direction that Lucy’s story will take. 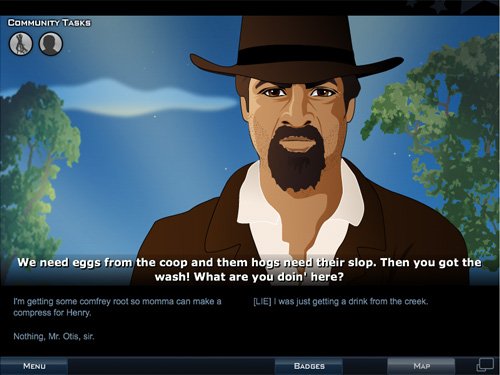 Davis argues that by framing Lucy’s experiences as a series of individual choices, rather than framing it as an institution of violence and exploitation, this history of slavery offers a “too easy fix.” “Why put children through ‘decision making’ as a slave?” Davis asks. “Why would any person think that slave simulation is a necessary component of curriculum?”

Davis’s reaction stands in vivid contrast to one game reviewer who said “I was struck by how effectively the game placed me in the shoes of an American slave.” Can a simulation, particularly one designed for middle school students, really do that? What other consequences might a simulation have?

In 1995, parents of an African-American student sued his school district over a similar game called Freedom!, in which players had to escape slavery. The game was humiliating, they argued. Prior to the lawsuit, the game had already been pulled from shelves by its publisher.

The use of simulations – “real” not “virtual” ones – in the history classroom is often quite controversial. Designed to give students a deeper understanding by role-playing and acting out certain scenarios, these activities can be highly fraught, particularly when they relate to racial or ethnic identity. Indeed, while these simulations might be presented as episodes from the past, that past is never severed from the present. Oppression isn’t something that just happened “back then,” and students experience these simulations very differently based on their own backgrounds. Simulations can be incredibly traumatic.

Too often, simulations seem to be designed with an “identity-less” student in mind (that is, a white student), and they are not always carefully or thoughtfully facilitated.

When it comes to computer-based simulations, this design is a reflection, in part, of what Davis has identified in her new book, The Missing Voices in Ed-Tech. Because of the lack of diversity in education technology, it too often ends up failing to meet the needs of students of color, students of poverty, immigrant students, girls, and so on.

This is a particularly important issue to address, in ed-tech broadly but in the development of education games and simulations specifically. Who is the imagined player?

But if educators have become more cautious about having students act out historical simulations, particularly those involving slavery, is turning to a computer-based simulation really an improvement? Are educators ready and willing to address biases (hidden and overt) and power dynamics in games and other technologies?