“Fundamental change, or incremental improvement; the question is not so much which is right, but rather why has there been so little discussion about the question?”  ~Seymour Papert ABC radio interview 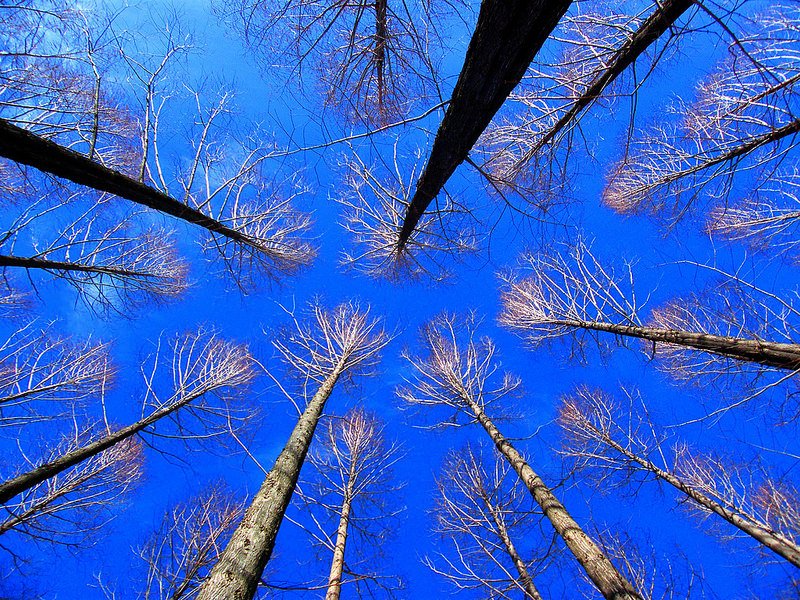 Having used Papert’s quote to provoke discussions with literally thousands of school leaders in workshops across more than 45 countries, I can say with some degree of certainty that it is a topic both worthy of discussion, and one about which there is much disagreement. It’s a question about which I can also now say there has in fact been much discussion about, and yet there is still no ‘right’ or obvious answer.

But surely that was exactly Papert’s point, because in exploring the question, the complexity of the answer becomes so much more evident. It was at this point that I was interested to read a recent Boston Consulting paper by Martin Reeves and colleagues, which I thought provided an interesting perspective around the choices facing leadership in their quest to stay relevant in an environment that is increasingly unpredictable and ambiguous at a time of constant change.

This is a topic about which (too) much has been written, and dare I say (too) little has been actioned, and so anything that offers a different perspective is worth a closer look, even if it may require some adaption to be relevant within a school context.

There has always been understandable skepticism from educational leaders when anyone draws parallels between the corporate sector and education. Unquestionably there are many ways in which the two sectors are dissimilar, but nonetheless, I’ve always tried to keep an open mind about the knowledge that can be gained from the traits they share.

The Reeves paper offers a different lens to that proffered by Papert, while at the same time it reframes the way educational leaders might develop transformation strategies. Rather than think of fundamental vs incremental change, the focus here is on outcomes, on whether leaders who are seeking to better address the needs of their modern learners should be looking to exploit the existing school model and extract more from it, or explore completely new ideas, new possibilities and new models of schooling. I believe it also has the potential to lead to a much deeper conversation about whether we should be seeking ‘better’ schools, or ones that are ‘different’.

Previously the answers to these questions have too often been driven by emotion and subjective influences rather than rational analysis. The Reeves paper offers more of a strategic framework to help leaders better understand the key questions they might consider before deciding the scale and scope of the change they are undertaking.

Such a framework comes from exploring a number of key questions that allow leaders to more clearly define the transformation strategy they are undertaking, with clear guidance to avoid the traps that imperil poor decisions and ultimately undermine any sustainable transformation initiative.

What are the possibilities?

For educational leaders, the first question relates to the possibilities.

Is the school is currently looking at the most appropriate range of options?

As bleedingly obvious as this question is, it is also probably the most poorly understood, and when not addressed can lead to poor outcomes from the outset. On the one hand we too often see what Reeves calls the Backyard Exploration Trap where leadership looks at too few options, while on the other hand, the Combing the Ocean Trap comes from those leaders who seek too many. In the context of a technology-rich world, this spectrum of choice can be overwhelming, even intimidating, yet a genuine understanding of the possibilities that digital-richness offers modern leaners must be pre-requisite to any such decision.

For a start, the very task of even knowing what other models of schools might exist is usually dependent on individual research, conferences, networks…and of course, recourse to EML resources. Then there are the issues of costs and time for travel where it is required, not to say the challenge of being able to observe the reality within a referenced school, rather than one that has been set up for a tightly scheduled visit.

While visiting schools that exploit existing models might be more convenient, there must always be scope to explore a broad range of options that span the transformation continuum. This can mean breaking new ground. As schools engage the digital environment more deeply, there will be scope for completely new options for which there may not be a precedent. Bold school leaders need to be able to make careful judgements about their relevance and impact on the learning environments.

The challenge for modern leaders becomes one of careful strategic analysis of each of the core areas that underpin their transformation agenda.

In this context the backyard explorer is often confident in their current space, and would prefer to support incremental improvement. But they also too often show a limited tolerance for failure in exploring new ideas. Conversely the ocean comber sees every option as being in scope, and accordingly often lacks the courage to terminate initiatives that distract or show little promise.

The second question that helps set the strategic framework for transformation is about scope.

To what extent is there an intent to explore or exploit?

In the past the education conversation has seen incrementalism and fundamental change as somewhat mutually exclusive, but in answering this question the challenge is more about calibrating a balance between the two. This again means looking for the signals or warning signs that will trap poor decisions. The tell-tale signs of inertia or internal resistance to new ideas are usually signals that the school community may be trapped in the past, while innovation fatigue can grow from too much change for the sake of it, which in turn can be seen as a perpetual search trap.

A third key consideration relates to the resources that are available to support the level of transformation being initiated.

Does the school (system) have the necessary resources to support the action they are taking?

Few better examples exist than what we have seen around 1 to 1. On the one hand we have so-called ‘transformation initiatives’ that are seeking to create modern learning environments, without any provision for ubiquitous access to technology, supported by the mistaken belief that such access is not pre-requisite. On the other hand, there is evidence that too many 1 to 1 classrooms are squandering their resources and failing to leverage the opportunity for their students.

This is the New Digital Divide, which is not so much about access to the technology but rather about the extent to which students are able to capitalize on such access. Whether it be policy limitations, poor infrastructure or legacy pedagogy, the situation becomes a stalemate as such constraints limit any real evidence of benefit to students.

Both cases send out clear signals of timid leadership, as they in turn have set their expectations accordingly. The real danger for this leadership perspective is that it too often misses or neglects breakthrough opportunities in pursuit of a narrow vision and low expectations.

The explorer leader, on the other hand, may well believe that she is yet to see a schooling model that truly leverages ubiquitous access, and will challenge many of the commonly held assumptions about the role of school in a digitally-rich world. She will also view resourcing readiness from a much more holistic perspective embracing contemporary pedagogical ideas and the professional learning it demands.

The final question that leaders might address relates to the extent to which they are learning from their environment.

Is there evidence that the school (system) is continually tuning its approach appropriately to the constantly changing environment?

This is of course about feedback and accountability, and consistent with the previous questions, it challenges leaders to understand the potential traps they can get caught in if they are not careful. The fixed itinerary trap sets an agenda, and is slow, almost fearful of responding to feedback. This can be a function of poor policy or inattention, but in either case predisposes the initiative to an unsatisfactory outcome, with little or no relationship to any transformation.

On the other hand, the forgetful wanderer has symptoms of randomness in the manner in which they respond to accountability measures, and will often miss or fail to capture key lessons and results from previous initiatives. The choices leaders make in this space will ultimately make or break any significant initiative, and neither exploration nor exploitation will succeed if leaders are not continually monitoring and learning from their environment.

Thus the challenge being faced by leaders is not so black and white. Maybe not simply incremental or fundamental, or even better or different, the challenge for modern leaders becomes one of careful strategic analysis of each of the core areas that underpin their transformation agenda.

Such analysis self-selects both the scope and scale of any initiative and offers a roadmap for a deeper conversation from which hopefully a more sustainable, yet more ambitious outcome might result.

1 thought on “The Nature of Change: Exploration vs Exploitation”