When someone proposes a new idea in education, that proposal is often followed by the question, “But can you do it at scale?” While “at scale” can mean a variety of things, in this context, it usually means doing it big — maintaining the effectiveness while increasing the efficiency. But going big isn’t always best for students, and it isn’t even always best for the bottom line. Education-at-scale is frequently more expensive than anticipated, and we end up “doing more with more” or “doing the same with more” instead of “doing more with less.”

But what if educators started thinking small again? Doing something important, doing it well, doing it sustainably, and helping others replicate the success? 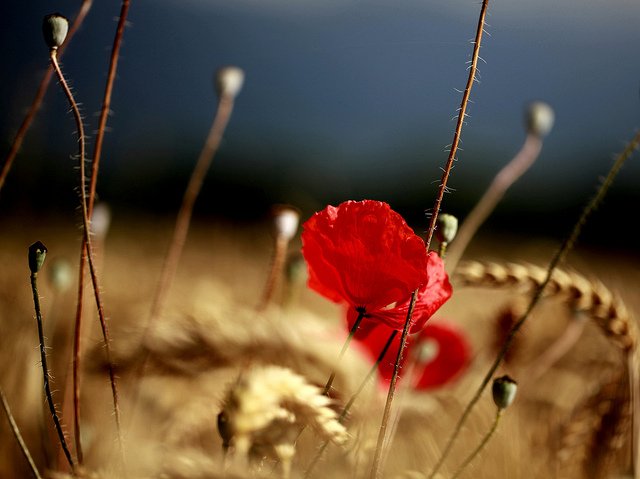 Consider the typical undergraduate humanities college course. These courses in history, literature, etc. are often small, and therefore bring in less income than, say, Chemistry 101. And since they often involve heavy amounts of discussion, critique, and student writing, they don’t scale as well as a lecture course with clicker-based quizzes and multiple-choice exams. As a result, humanities departments are increasingly likely to bear the brunt of cuts and adjunctification. But does this make sense?

While the undergraduate humanities seminar may not be scalable, it is sustainable. Not only are humanities faculty cheaper than their STEM counterparts at every rank, but facility needs for these courses are at a minimum. Just about any classroom will do, as will a large table at a coffee shop, or a spot on the lawn — weather permitting. Books are cheap, especially if the focus is on primary sources — many of which are likely to be in the public domain — instead of textbooks or anthologies. And because of these low costs, recent reports have shown that traditional humanities departments tend to operate in the black, sometimes even subsidizing other departments. Even when humanities courses do not work at scale, generally speaking, they are sustainable.

The arts provide another example. I teach in a College of Music, where students participate in one or more large ensembles most semesters — orchestra, choir, or band. Large ensembles are incredibly valuable for helping the college build relationships with the community, many of whom will pay to attend a symphony orchestra concert or an opera production on campus. However, large ensembles are incredibly expensive. They require dedicated, large rehearsal facilities and performance venues, which are designed in consultation with acousticians. Those facilities are often underused — left empty when not needed or, more often, used for classes and activities that do not require such expensive facilities.

Music students also participate in small ensembles — “chamber” groups like string quartets or brass quintets. Most music schools require less chamber music study than large ensemble participation for a music degree. However, these small ensembles offer incredible educational benefits for students, while simultaneously being more financially sustainable for most music schools. A typical college chamber ensemble will meet for one hour per week with a faculty coach, with rehearsals often taking place in the same studio where the instructor teaches lessons and holds office hours. Unlike large ensembles, the bulk of the rehearsal is done by the students on their own, in a large practice room, a small classroom during open hours, or even an apartment or a dorm basement. Most sheet music is in the public domain, and new music is far less expensive per student than much orchestra, musical theater, or opera music. And chamber ensembles can perform just about anywhere. In terms of finance and facilities, chamber music ensembles are incredibly efficient, and entirely sustainable.

Students, not a conductor, direct the artistic decisions.

Chamber ensembles often come with a significant pedagogical benefit. Since the bulk of rehearsal is done away from the faculty, effective student agency is paramount to the success of the group. Students, not a conductor, direct the artistic decisions. Unlike an orchestra, which is effectively a class, students in a chamber ensemble are free to rehearse beyond set university timetables. That promotes the freedom to experiment in rehearsals, rather than following the predetermined decisions of a conductor. In some musical styles, this also provides more freedom to improvise, an essential activity for developing musicianship, but one that is often neglected among classical musicians because of the lack of room for it in an 80-piece orchestra. And because chamber ensembles can perform nearly anywhere, students are free to pursue more live performance opportunities than in an orchestra, which needs to schedule performances well in advance as well as pay for the performance venue and support personnel. Thus, these small ensembles are both pedagogically valuable and financially sustainable, often more so than larger ensembles.

First, education-at-scale limits the intellectual, pedagogical, and cultural diversity of our classes. One-size-fits-all education rarely fits anyone well, and the world would be all the poorer for having only a small number of elite institutions — or private, for-profit corporations — pursuing massive, “at scale” education. Just as biodiversity is good for a species’ long-term survival, intellectual and ideological diversity is good for society, and a diversity of pedagogical approaches is good for our students, who come to class with a diversity of backgrounds, interests, and goals. Because of this student diversity, one-size-fits-all education means that most students will pay an increasingly high price for an education that was designed with a different kind of student in mind. However, since the sustainable practices I outlined above are small and replicable, there is more room for a variety of approaches between sections, instructors, and institutions. There is also more room for differentiated instruction within the class.

Second, in all of the sustainable practices I discussed above, there is an increase in student agency and freedom when compared with corresponding “scalable” practices. This may be as simple as smaller classes allowing students more freedom to choose a paper topic than in a large class, where grading is only possible with a significant degree of uniformity. Or it may mean the difference between students writing their own thoughts, or not writing at all — in favor of bubble tests and plug-and-chug problem sets. In more innovative classrooms, going small may mean that the instructor is more likely to be able to offer tech support for student work, enabling more novel projects. It may even mean that students can have a say in the kinds of projects the class undertakes. Such things are far more difficult, and thus rare, in large classes. In the arts, going small means students make more of the artistic decisions themselves, and they do so in collaboration with peers, not just faculty. Going small doesn’t always mean more student freedom — more chances for students to grow as critically minded agents — but education-at-scale almost always means increased rigidity, simply to keep the machine moving. That rigidity often runs counter to student freedom, and therefore their intellectual growth.

This contrast of big v. small, uniform v. diverse, controlling v. empowering betrays the industrialist roots of many of our modern educational practices. The name of the game is efficiency, effectiveness, growth, and control. However, control of the scholarly ecology is not (and should not be) part of our educational mission. As John Dewey writes:

To the growth of the [student] all studies are subservient; they are instruments valued as they serve the needs of growth. Personality, character, is more than subject-matter. (The Child and the Curriculum)

Education-at-scale can enable widespread and efficient distribution of information. But so can the printing press and the internet. Education is more than that. Going small means a greater chance of intellectual and instructional diversity, an increased chance that students can exercise their freedom and learn to wield it well. And when going small also means going sustainable, it ensures that we can continue to do these important things for some time to come.