Elonis v United States. Each week, Educating Modern Learners will pick one interesting current event – whether it’s news about education, technology, politics, business, science, or culture – and help put it in context for school leaders, explaining why the news matters and how it might affect teaching and learning (in the short or in the long run). This week (the week of December 1), Audrey Watters examines a case before the US Supreme Court that could shape which forms of online speech are protected and which are prosecuted. 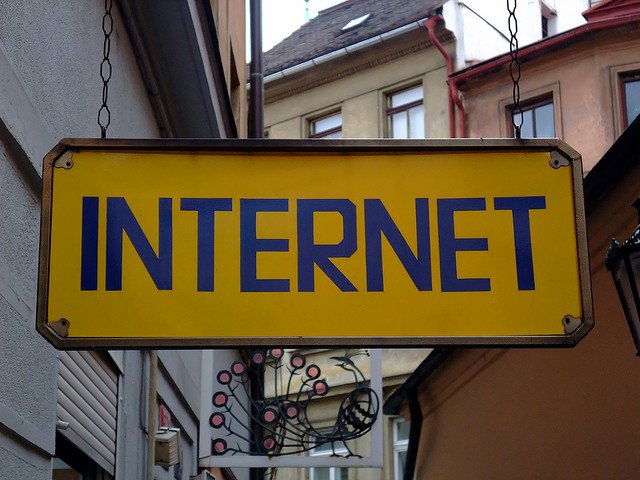 On Monday, the US Supreme Court heard oral arguments in Elonis v United States. “At issue in the case,” writes SCOTUSblog, “is whether a Pennsylvania man’s conviction for making threats on Facebook should stand when he claims he was just “venting” about his personal problems and did not actually mean to threaten his ex-wife and an FBI agent.”  This is the first case about online threats to make it to the Supreme Court, and the decision could have far-reaching implications for free speech on the Internet.

The case involves Anthony Elonis who, following his divorce, wrote incredibly graphic fantasies about killing his ex-wife and other women and posted them to Facebook. At issue is whether or not these constituted a “true threat” and are therefore not protected by the First Amendment.

After posting something to Facebook about a female FBI agent who came to his door, Elonis was arrested and charged with five counts of violating a federal law barring interstate communications that contain “any threat to injure the person of another.”  He was convicted in 2011 and sentenced to forty-four months in prison.

Elonis has appealed, arguing that his words were meant as rap lyrics, not as actual threats. He contends that his Facebook posts should be judged based on “subjective intent”; the prosecutors in the case argue that they should be judged by an objective standard” — that is, would a “reasonable person” interpret these words as a threat.

But how do we interpret words online? As we know, the Internet can make understanding people notoriously tricky, as context and inflection and facial expressions and gestures are missing. And what counts as a “reasonable person” here? These questions are particularly timely after the last few months of Gamergate, an ongoing campaign of harassment against women in gaming.

Free speech advocates, various activist groups, and publishers have all expressed concern about a possible ruling in support of the government’s that would apply the “objective standard” to speech online. As Sarah Jeong writes in the technology publication The Verge,

Some fear that if the Supreme Court takes the government’s side in Elonis, it could open the door to a flood of prosecutions over careless Internet postings. See, for example, the League of Legends player who “threatened” to shoot up a kindergarten (allegedly followed by a “J/K” and “LOL”). The person who reported the post read it in a different context from the League of Legends players who regularly hurl abusive language at each other. It’s not hard to imagine this becoming a regular occurrence if an objective standard is applied to the Internet. And in this particular case, it’s hard to see a downside if the Supreme Court goes in the opposite direction—a subjective intent requirement is not in itself a significant setback in protecting Internet users against dangerous people online.

Elonis’s lawyers argue that the case is similar to a 2003 Supreme Court case, Virginia v Black, which found that a law banning cross-burning violated the First Amendment as burning a cross alone wasn’t evidence of intimidation. Jeong notes that “As with the cross-burning cases, the context is what the jury must look to. And here, the context is fairly damning.”

SCOTUSblog reports that during the oral arguments,

One of Elonis’s strongest allies on the bench was Chief Justice John Roberts, the author of the Court’s opinions in both the funeral protests and dogfighting cases.  The Chief Justice asked Dreeben several times to clarify what exactly the government would mean by a “reasonable person”:  in the case of stupid teenagers making threats while playing video games online, for example, would a jury consider how a hypothetical “reasonable person” might perceive the threat, or would it consider instead what a “reasonable teenager” might think?  When Dreeben responded that it would depend on the audience to whom the teenagers were speaking, the Chief Justice expressed frustration with what he regarded as the potential for the statute to be applied inconsistently to the same speech:  “So if the teenager has a lot of friends on his Facebook page . . . then you are going to evaluate it by a different standard than if he only has a few friends that have access to his statements?”

Roberts cited Eminem lyrics — the rapper is famous for his songs that fantasize about killing his ex-wife — from the bench, which has to be one of the most interesting moments in Supreme Court oral arguments.

The Justices have frequently been mocked for not understanding the Internet and computer technologies. (Justice Sotomayor once called Netflix “Netflick,” for example.) As such, there were concerns about how the Justices understood (or failed to understand) the different contexts of speech online (particularly as this pertains to teens’ speech.) On Monday, there were some indications that the Justices recognized that a “reasonable person” — especially a person sitting on a jury — would be able to understand the different context and intents of “threatening” speech on the Internet.

A decision is expected some time in 2015.