Social media and youth researcher danah boyd has just published her first book: It’s Complicated that examines how teens use Internet technologies in their social lives. It’s an accessible, thoughtful book, important for school leaders to read in no small part because it’s grounded in interviews with teens. In this book, we hear their voices, their opinions on technology, not simply the opinions of adults on teens and tech. Here Audrey Watters reviews the book and points to why this issue of voice is so important to recognize. As a bonus, danah boyd herself answers some of our most pressing questions at the end. 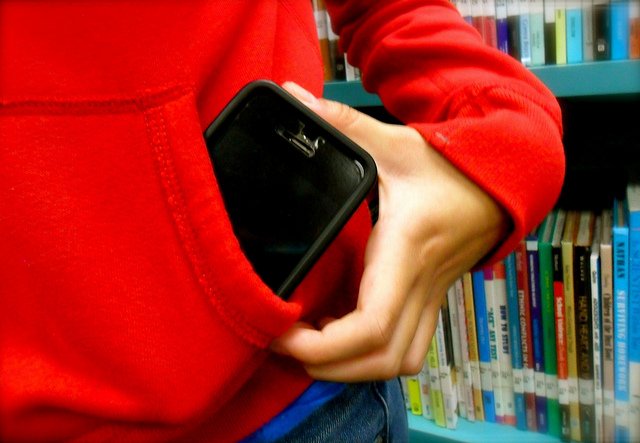 There’s no shortage of panic-stricken headlines about teens’ technology usage — both in and out of school: bullying, sexting, gaming, Internet addiction, and so on.

Of course, there’s never been a shortage of panic-stricken headlines about teens in general.

Internet researcher danah boyd reminds her readers of that again and again in her new book It’s Complicated: The Social Lives of Networked Teens. Teens have been a concern for adults almost by definition — a definition that boyd dates to the turn of the 20th century and the work of psychologist G. Stanley Hall who argued that adolescence was a specific period of cognition and maturation. Neither children nor adults, Hall argued that adolescents needed to be protected via limitations on their labor, compulsory schooling, and a specific “juvenile justice” system.

This historical legacy has left teens stuck in this in-between stage where their lives are heavily controlled by parents, schools, and laws. Their freedom has long been circumscribed — that’s not new. What is new, argues boyd, is that parents (if not the rest of society) has increasingly limited teens’ access to public spaces — forbidding them from walking to school, for example, and banning them from parks and malls.

The growing fear for the safety of teens (something that runs counter to crime statistics) has coincided with the growth of social media. As such, it’s no surprise that teens have started to “hang out” online when hanging out offline has become so difficult. Online is one of the few “places” where teens can congregate and communicate.

“By and large, the kids are all right. But they want to be understood.” – danah boyd

But adults are still fearful for teens there, and schools must wrestle with this, as they push to adopt social media tools for teaching and learning.

There are still constraints on teens online, no doubt; there are still adults monitoring where they go, what they do, what they say. But teens don’t always think about social media as a monitored or even as a public space, boyd argues; teens see the “audience” online differently than do adults. That can make interpreting teens’ practices online quite challenging.

One of the best known researchers on social media, danah boyd’s first book draws on years worth of interviews with teens. It’s Complicated is an ethnography, one that seeks to introduce, analyze, and most importantly perhaps translate teen culture — specifically “the social lives of networked teens.” This act of translation is key as one of the most important concepts in the book involves what boyd calls “context collapse.”

“A context collapse occurs when people are forced to grapple simultaneously with otherwise unrelated social contexts that are rooted in different norms and seemingly demand different social responses,” writes boyd. She argues that all of us have to wrestle with context collapse a lot these days. “For example, some people might find it quite awkward to run into their former high school teacher while drinking with their friends at a bar. These context collapses happen much more frequently in networked publics.”

For teens this is particularly true, and the power dynamics within teen peer groups and among teens and adults can make context collapse much more fraught. This also means that addressing context collapse is of tremendous importance for schools, as adult expectations about behaviors (and the meanings of those behaviors) do not always coincide with teens’ intentions. In part, this is because teens view the public space of online differently than do adults (as well as viewing differently communication and behaviors in public offline).

For example. boyd explores at length how teens perceive and perform the conflicts among their peers online, noting that “the language of bullying and drama often emerges, but the practices involved range wildly. Both bullying and drama have imprecise definitions, and technologically mediated meanness and cruelty is interwoven with school conflict.”

“Interwoven with school conflict” — a key phrase for school leaders and parents to think about when assessing when students are doing online. After all, much of that conflict isn’t always visible to adults; “Through social media,” boyd writes, “everyday interactions leave traces.”

boyd is a fierce ally of teens in this book, and it is an honest and caring examination of teens’ social lives online. There are plenty of lessons for adults in It’s Complicated — chapters that examine bullying, sexual predation, addiction and other perennial fears. But it is the recognition (and ideally the lesson) here that teens, so circumscribed in their physical mobility have found a new way to be together in public via social media — teens want to be together. They want to be social.

Furthermore, as teens participate in a public space — the Internet — they have a new and powerful opportunity to be recognized and be heard, giving them access to a political voice that they have not really had until now — again by the very definition of their being adolescents. This voice can address global, national, local and of course school issues. And it is imperative that adults support and validate that.

“By and large, the kids are all right,” writes boyd. “But they want to be understood.” 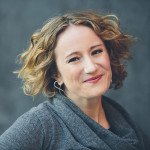 What are the implications here for schools that want to use social media in the classroom? Should they use “school-only” (“education-friendly”… whatever the adjective) tools? Or should they use “mainstream” ones? What are the benefits/drawbacks?

danah: Educators should take a pedagogy-first approach to integrating technology into the classroom.  Does XYZ social media tool help the students learn? Or is it important to teach them how to use XYZ social media tool?  That should be the most critical frame. I’ve watched too many teachers try to be cool by using whatever they think is cool among youth only to make a mess of the whole thing.  When the tools are introduced from a pedagogy-first perspective, they cause far fewer issues in the classroom.

danah: Most educators go into education because they want to help young people. I strongly encourage educators to use the opportunities presented by social media to be present in young people’s lives when they are able and willing. I’ve long espoused how important it is for teachers to be open to being friended on social media by students. I think that it is devastating that we tell teachers that they shouldn’t be present in teens’ lives outside of the classroom. There are safe and responsible ways of doing this. I recommend that teachers who want to be online with their students create public profiles that are teacher-centric (rather than mixing personal and professional). Never friend a student but if students friend you, say yes. And when they approach you with questions, respond. Give your password to your principal and treat the online environment with the same open-door approach as you would treat your classroom after school. And if you see something that makes you uncomfortable, say something privately to your students – remind them that you’re around and just let them know that what they posted might not be seen in the way that they intended. Be present, show compassion, and be willing to help. That can be super valuable for youth, especially youth who don’t have other adults to turn to.

The other important thing that educators can do is ask hard questions about how teens are navigating the world. Just because they’ve been born into an era where social media is pervasive doesn’t mean that they’re digital natives. They lack literacy that they are assumed to have simply because they are part of this generation. Educators can be really helpful but helping them develop literacies and digital skills.

How can educators (parents, grownups at large) help make our interactions with teens — and probably one another too — less about surveillance? That is, how can we best support (and while this is the wrong word) not stalk?

danah: Respect social media as teens’ turf. Ask hard questions, be present, be engaged, but don’t assert power over teens.  That pushes them further underground. What they really need is what Jane Jacobs used to refer to as “eyes on the street.”  Entire communities would be attentive to what was happening on the streets, say nothing when children were being children but when one fell off his bike, someone would rush out to help.  We need a lot more of that in our society.  Caring engagement, not assertion of power.