A fair amount of the writing that high school students do is framed as “preparing them for college”: reviews, essays, research papers. But college instructors have long complained that students, upon arrival at university, are not adequately prepared. And now many are beginning to argue too that the essay may no longer be really relevant or useful. This is particularly true as students are finding new ways to express themselves with various new media technologies. Importantly, this is communication students often relish; writing essays — whether in K-12 or in higher ed — is resented. Morehead State University English instructor Lee Skallerup Bessette weighs in on the gulf between how students think their writing should look, what it should say — and how she hopes they learn to express themselves differently. And this is not an essay… 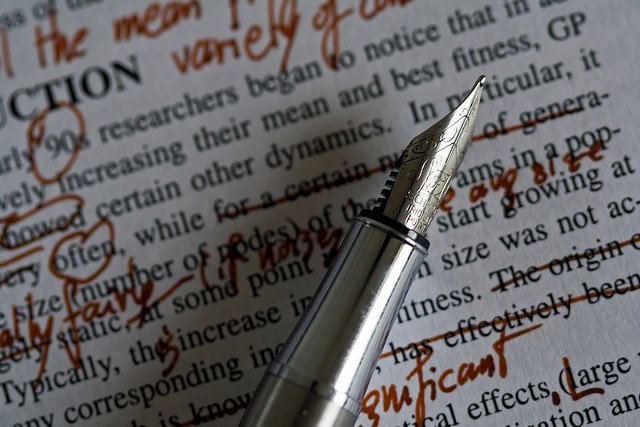 “Since the beginning of time, students have struggled with writing essays…”

Stop me if you’ve heard this one before. Actually, let me stop you. I am a college English instructor, and this is probably the most common first-sentence I get from students in their essays to me. A variation of that is, “Throughout history…” but it is all in an attempt to fit their introductions into a formula that is (I think) supposed to convey the general importance of their topic. A kind of triangle (start with the general and work your way to your specific topic) that helps, well, bore the reader and create a general poor impression of the writer because, really, no students haven’t been struggling with writing essays since the beginning of time.

Slate columnist and college instructor Rebecca Shuman recently caused a major firestorm by suggesting that we stop assigning the essay to college students. She pointed out that for much of the history of education, examinations were done orally, and many other ways of communicating knowledge were taught and celebrated. The Greeks and Romans didn’t write essays, they produced dialogues, treatises, lectures, plays, epics. They communicated knowledge all the same.

But students, despite the K-12 system’s best efforts, come into my classes resenting having to write and at a loss as to how to communicate, collaborate, or research in any sort of formal way. What has gone wrong?

My students come to my class and tell me that they can’t write, that they aren’t good writers, or that they hate writing. Writing and communicating clearly (as well as organization, collaboration, and obtain and process information) are some of the most important skills employers are looking for. But students, despite the K-12 system’s best efforts, come into my classes resenting having to write and at a loss as to how to communicate, collaborate, or research in any sort of formal way. What has gone wrong?

“Dictionary.com defines an essay as …”

Now we get to the next most popular way to open a piece of writing. The definition. But why start with the dictionary? Or rather, why end with it, too? There is rarely an interrogation of the definition, nor even a real justification of why its there. Why not go to the more modern field of rhetoric and composition, where we find rich debates around the idea of what an essay “is” while also complicating the question by raising the question of the possibility of one uniform definition at all.

Actually, dictionary.com provides us with all the uncertainly we need, if we care to look. 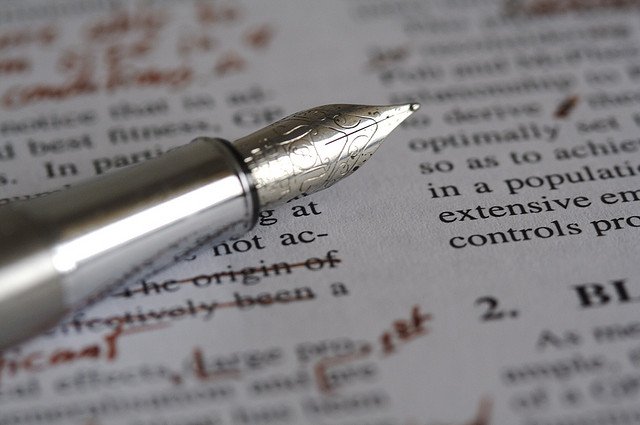 I know, students don’t like that kind of uncertainty. It’s difficult and messy and challenging. Why disrupt the binary that they have developed over the year, that there are only two kinds of writing: creative writing and essay writing? They may prefer the former over the latter, unless they believe themselves (thanks to years of negative reinforcement) incapable of creativity, or worse, that they can’t write at all.

Never mind that this particular generation does more writing and documenting and annotating and narrating than any other generation, largely because of social media and other technologies. I spent my teenaged years endlessly talking on the phone after school and into the night. Teenagers today carry their phones with them in their pockets all the time, but they have to choice to talk or to text. For a generation of students who “can’t write” or “hate writing” how odd is it that they have all chosen to write when they could just as easily talk.

This is writing. It has a purpose, an audience, a form, and publishing format. It has norms. It is not all glowing prose, but consider it one long shitty first draft that can be shaped and trimmed and revised and put through the process that all writers do in order to improve their prose, their words. The students are already doing that, telling and retelling their days, their lives, and their knowledge through various outlets for different audiences: texting their friends, posting how-to-videos on YouTube, Tweeting, updating Facebook, pinning on Pinterest, narrating pictures on Instagram…They shift their practices and receive feedback and shift their practices again. They find communities. They learn, they teach, they offer their own feedback, they fail, and they try again.

And we often actively work in schools to devalue, undermine, and even try to get students to unlearn these skills. How can we work instead to recognize and support students in these forms of expression?

Their writing, their curating, their production of text, metatext, and imagery is not easily contained by the rigid expectations of a five-paragraph essay. It is but one way to organize and communicate ideas, but it isn’t terribly robust, nor does it easily adapt to any other purpose, besides what a standardized test or state standard requires.

My heart breaks when a student can only write in five-paragraphs, whether they are telling a story or communicating their research and findings on a complex issue. Rather, it breaks my heart that I don’t think that they can. Of course they know how to do it; it’s that they don’t know better, or fear the retribution of a poor grade from me for transgressing the established norm. 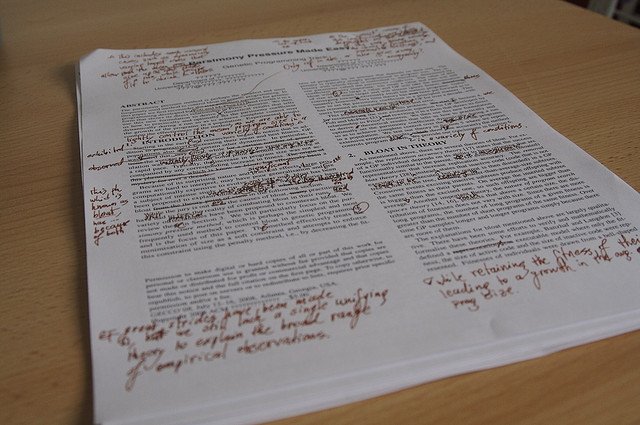 Ask them, and they are quick to identify the various norms they follow every day in their communications and interactions. They watch, they imitate, they refine, all in order to gain or maintain their place in their established community. But they are also active participants in shaping those norms. The community of “school” is no different, except the norms are more rigid, less forgiving, and the students themselves have no say in shaping.

“When all you have is a hammer, everything looks like a nail. – Proverb”

Set word or page-lengths, prescribed number of sentences per paragraph, limiting the number of paragraphs to five… All of this focuses the student on the form, rather than the content and purpose. The purpose of any essay then becomes, to meet the prescribed formatting requirements, rather than to communicate to a reader. Form and content are intrinsically linked, and students know that. They practice it every day. Except when they are writing for school.

Students are making with words all the time. We can help them by guiding them to relevant resources, models, and assist them in shaping the words more purposefully. Students have so much to say until the time comes to write an essay, and then they find themselves at a loss for words. Why do we always start from nothing, expecting them to produce something at our bidding, when we could start from the masses of materials already available, some of which they produced themselves?

The research paper is fraternal twin of the essay, requiring students to find “credible sources” and to put it in their own words or incorporate quotes. Certain number of quotes, certain number of sources, certain percentage of words must be your own. Research, then, becomes the sole purpose of the exercise, more boxes to check off, more motions to go through with no context or meaning. We want to give students something to say, to challenge their thinking, to inspire them. Instead, we ban Wikipedia, vilify the blogs and forums they value, and end up with a laundry list of sources they haven’t really read or understood.

Students are making with words all the time.

What do we want students to accomplish with their research? How is it supposed to inform or shape their writing? These are the questions we need to ask ourselves, and help our students to ask those same questions, too. And we should ask what we are valuing in the writing we are asking our students to produce for us, if those values, so often removed from what students value. What happens when we continually start from a deficit position when it comes to student writing, in terms of what they know and what they can do?

What if we start from a place of abundance, of multitude, and of possibility? What if we asked them to teach us about what they know and practice and love about writing and curating and narrating and creating and building and connecting? What if we helped them to see that all of these skills are valued and necessary and can help them write just about anything, with a little help? What if we used words in ways that meant something to everyone involved?

Because, this is not an essay. But it still means something.

How can schools rethink “the essay”?

1 thought on “This Is Not An Essay”