If you had asked me just a few years ago who Seymour Papert was, I would have stared blankly and had no answer. Not surprisingly, today when I ask others in my workshops if they know of Papert, most do not.  Because of my own lack of exposure to Papert’s ideas, I’m not surprised. Yet, Papert is someone who should be a fundamental part of any educator’s understanding of learning and the ways in which technology can fundamentally change the way we think about schools and education. Thankfully, my friend Gary Stager, one of Papert’s most articulate and knowledgeable disciples, kept pushing me toward books like Mindstorms and The Connected Family and to all sorts of Papert’s essays and speeches (many of which I’ve tried to organize and link to in this document.) It’s no understatement when I say that my exposure to Papert’s ideas over the last three years or so has had a powerful impact on how I see the world, schools, and my work. That goes for my colleague here at EML Bruce Dixon as well. 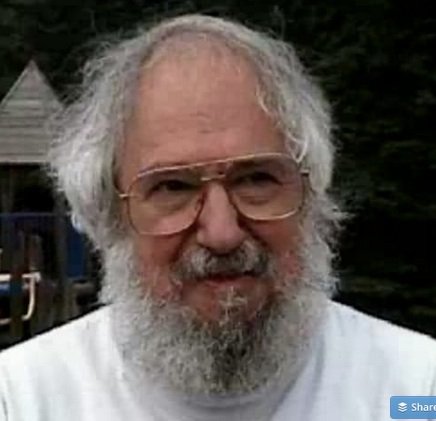 We haven’t written much about Papert here (only a couple of mentions in over a year’s worth of columns.) But I think he definitely deserves more attention and more discussion. To that end, I’m going to explore some of his more influential ideas (at least on me) over the next few months. I hope you’ll join me in some conversation around what Papert’s importance is and how his ideas play out in the modern classroom. And I hope you’ll spread his ideas widely.Let’s start here. In 1998, Papert gave a speech at the Imperial College in London titled “Child Power: Keys to the New Learning of the Digital Century.” In it, Papert articulates enough compelling ideas for 20 columns at least, but I want to pick out this one that I think sets the table for not only his view of the world but of our work moving forward:

“So the model that says learn while you’re at school, while you’re young, the skills that you will apply during your lifetime is no longer tenable. The skills that you can learn when you’re at school will not be applicable. They will be obsolete by the time you get into the workplace and need them, except for one skill. The one really competitive skill is the skill of being able to learn. It is the skill of being able not to give the right answer to questions about what you were taught in school, but to make the right response to situations that are outside the scope of what you were taught in school. We need to produce people who know how to act when they’re faced with situations for which they were not specifically prepared.”

That last line is a killer, isn’t it? Yet that doesn’t seem to be what school is about. I can say from my experience, that very little of my kids’ schooling experience has made them feel the discomfort of not being “prepared.” They have been well “prepared” for just about every test they took. The assignments and projects and presentations they have given are rarely “outside the box;” instead they are grooved in past practice and experience. They have engaged in an education of predictability, and by and large, they have flourished in that predictability.

My daughter Tess, who graduated from high school just over a month ago, is in the midst of something for which she was “not specifically prepared.” Shockingly, she’s decided not to go to college (which was the focus of her preparation, btw) and instead take a year off to pursue a passion that requires all sorts of stuff not covered explicitly in the curriculum or mentioned on the test. She’s got some pretty big decisions coming up, decisions that she’s going to have to make for herself, decisions that might define her path in life. These decisions are not going to be made based on the knowledge of content that she gained in her 12 years of school as much as on her ability to make sense of the information and people that she’s now interacting with. She has tons of questions for which she’s getting conflicting answers, and I can see that it frustrates her at times. It’s an unpredictable, nuanced “curriculum” if you will that changes by the day. In other words, it’s a much different learning environment from what she got at school.

It’s interesting to watch. As a dad, I try not to worry, but she’s only 18; I can’t help it. I see her growing through the process, and I’m confident she’ll make the right choices, but I wonder what might be different for her if she had had the chance to do this type of complex, real world learning with adults who could coach her on how to do it well.

Of course, none of that has anything to do with technology. And that’s just fine with Papert. But like Papert, I think we miss in schools a great chance to not only help kids become the learners (instead of the knowers) they need to be, but we really miss helping them become even more powerful learners with technology. Here’s another snip from the speech:

“My goal in life, which has been my major activity over the last 10 years, has been to find ways children can use this technology as a constructive medium to do things that no child could do before, to do things at a level of complexity that was not previously accessible to children.”

How many in education see technology in that way, as a way to “do things that no child could do before?” Instead, probably 90% of what we ask kids to do with computers is either stuff they could have done without technology or are focused on looking up information instead of creating things and solving real world problems. That’s, finally, the power of the Maker Movement and the uses for computers that kids are employing outside of school.

While I’ve come to share much of Papert’s worldview, I’m also come to share his frustration. While he acknowledges his surprise that the “megachange” that he expected to come to education had not yet come to fruition in 1998, I’m sure he’s more than shocked that it still hasn’t come today. (Papert, now in his eighties, hasn’t written or spoken much at all since a serious accident in 2006.) The first step would be for us to start acknowledging the “one really competitive skill” that will now set our kids apart, the ability to learn.

Modern learning is a healthy mix of both "modern" and "learning," and that's exactly what you'll get in this unique book list for unique education leaders who want to push their thinking. Our quick summaries and compelling excerpts will give you a sense of what each of these books offers. This free whitepaper provides you with great starting points for serious conversations around change in schools.