If there’s one thing that stays on the mind of educators long after they’ve clocked out for the day, it’s testing.

And not pop quizzes and end-of-unit exams. I’m talking about the beast we call standardized tests.

Although we can find examples of standardized tests in the American education system dating back to the mid-19th century (including the development of the SATs in the 1920’s), it was the No Child Left Behind Act of 2002 that created the monster we all fight to this day.

This act made annual testing a mandatory requirement in all 50 states… skyrocketing the use of standardized tests AND the stress levels of everyone  associated with the education system.

The school district leaders, the principals, the teachers, the parents, and (of course) the learners.

Testing is like a heavy anvil hanging over our heads.

And the results of these tests (both individual and collective) act as the rope that is holding the anvil. Will it be strong enough to keep it afloat or will the anvil come crashing down?

The fear of a crash is what fuels the intensity of testing and (unfortunately) teaching to the test.

The truth about standardized testing

So, let’s go ahead and lay it all bare: standardized testing doesn’t benefit the learners.

Standardized testing is a business… and the cost of keeping that business afloat is the TRUE education of our learners.

It’s about time we, the education leaders, come together and demand a change.

As we work and teach during the midst of the COVID-19 pandemic, a light is being cast on the education system. We’re realizing now, more than ever, how much of a beast testing is, and how harmful it is to our learners. It’s time for us to come together and seize this unique opportunity to slay the beast… once and for all!

Everything wrong with standardized testing

So, what’s so wrong with standardized testing and why do we need to get rid of it? I’m sure that we all have our answers to this question, but here are mine:

It’s not proven to be necessary or beneficial

In the education industry, we’re big on using evidence-based best practices. So, it’s really ironic that there isn’t much evidence to support how much time and energy is spent on standardized testing.

Many of the tests that students take are designed on poor (or just plain wrong) assumptions. Many are full of errors or test for the wrong things. We’ve seen proof of just how easily we can be blinded by data and statistics, so why do we still place so much importance and emphasis on these tests?

Learning is not a competitive sport

Let’s call a spade a spade… standardized tests pit learners against each other. It is used to classify them based on their performance… regardless of extraneous factors such as socioeconomic status, access to equal educational resources, or individual test-taking ability.

In short, it separates learners into categories… and often uses those categories to determine what kind of opportunities they qualify for moving forward.

Those who perform at the mid-tier levels are offered acceptance into colleges.

And those who perform poorly? Well, they better hope they are athletic, entrepreneur-minded, or have friends in high places. Because, if not, their chances of pursuing a career they are actually excited about (that pays well) are drastically diminished.

And it’s not just the learners who suffer from this classist system. It’s the schools as well.

When a school performs well, they are lauded. Perform poorly and they’re shamed. And then the schools that are lauded are more likely to get more funding.

We need to stop treating the education industry like it’s an athletic league. Learning is a journey – not a competition.

While we’re talking about classism, let’s go ahead and say it: testing is the enemy of diversity. It ignores those who stand out on the outer limits of what society views as desirable and acceptable. Namely, those learners who have socioeconomic, cultural, geographical, physical, or intellectual disadvantage.

Far from helping to “close the gap,” the use of standardized testing has in fact found to be most damaging for low-income and minority students.

As Youlanda Copeland-Morgan, Vice Provost of Enrollment Management at UCLA pointed out, there is a strong correlation between standardized testing and income, with low-income learners having far less resources and opportunities than their wealthier counterparts who attend excellent high schools with way more resources. To add to it, the activities the low-income learners are able to participate in are undervalued.

The very populations that we should strive to reach and lift up are being buried under the standardized testing system. And that just perpetuates the problem for future generations. After all, if you’re born buried, how much harder do you have to work to even REACH that “level playing field” people speak of?

Let’s be honest, when we are stuck in a mindset of “teaching to the test”, it doesn’t leave much room for diversity or creativity.

We, the educators, don’t have the luxury of creating lesson plans that our learners will actually enjoy. As Ron Maggiano reported in the Washington Post:

“The overemphasis on testing has led many teachers to eliminate projects and activities that provide students with an opportunity to be creative and imaginative, and scripted curriculum has become the norm in many classrooms”.

“We kill, not only their curiosity, but their feeling that it is a good and admirable thing to be curious, so that by the age of ten most of them will not ask questions, and will show a good deal of scorn for the few who do”.

We continue to prioritize rote memorization over critical thinking… and often even penalize those learners who dare to think outside the box as being “impertinent” or “disruptive”. 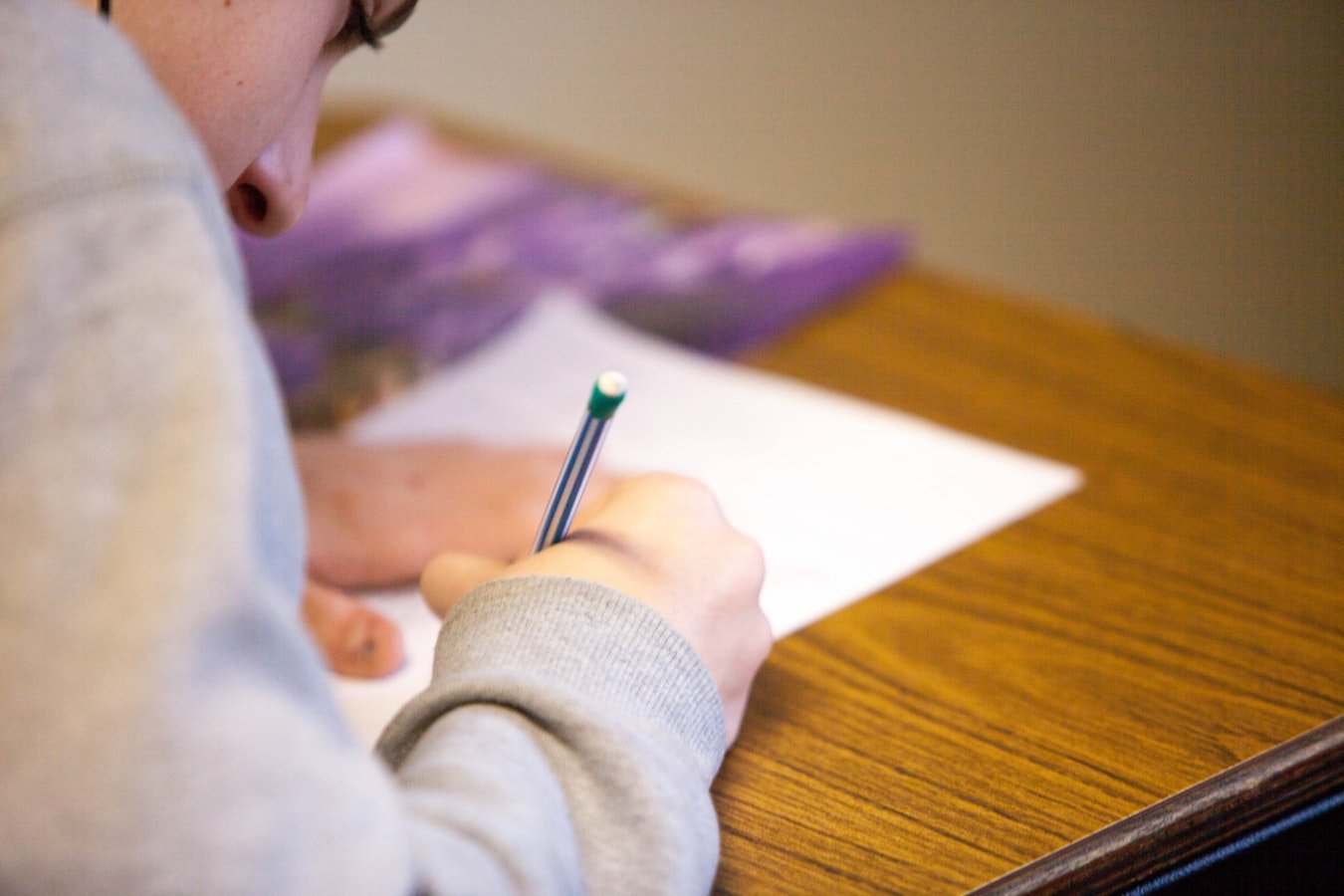 “Our nation’s test obsession is making American schools into unhappy places. Benchmark, practice, field, and diagnostic exams are raising the total number of standardized tests up to an average of 133 by the 12th grade. Physical education, art, foreign languages, and other vital subjects are going on the block in favor of more drilling on core tested subjects. In one Florida high school, a student reported that her brand-new computer lab was in use 124 days out of the 180-day school year for testing and test prep… In many public schools, students are spending up to 28% of instructional time on testing and test prep.”

“But, how will my kid get into college?”

While all of this may make 100% sense to you, you know that parents will still wonder how getting rid of standardized tests will impact their child’s chances of getting into a college or university.

After all, that is one of the primary uses for them… to weed out the ones who (by these standards) don’t qualify and give the ones who do a better shot.

If we take away standardized tests, won’t we undermine that opportunity for many learners?

First of all, the fact that parents even have to worry about this signals to me that standardized testing plays too much of a role. Whether or not someone is capable of taking on the rigors of a college education can’t be determined solely based on how well they performed on a test.

Thankfully, colleges and universities take a variety of other factors into consideration to get a more well-rounded picture of their applicants. They look at:

“Even those unwilling to question the emphasis on college preparation ought to realize that this goal may not require all that is currently done in its name. (SAT) scores often count for less with admissions committees than we think, suggesting an opportunity to rethink those time-consuming, stress-inducing, money-wasting coaching sessions designed to teach tricks for raising scores on a bad test. In fact, about 400 (now 950) colleges and universities, including Bates, Bowdoin, and Mount Holyoke, have stopped requiring the SAT (or ACT) altogether.”

Since standardized test results aren’t the only thing that can indicate whether or not an applicant might be a good fit, why do we hold on to this intense focus on testing in the classroom?

Part 1: Trust educators to do their job

When we really get down to it, this whole testing regime came about because of a lack of trust.

It’s time that the powers that be are reminded that educators are skilled professionals… and give them the trust and freedom we need to flourish in our duties.

Part 2: Bridge the communication gap between educators and parents

Another problem in the education system is that there is a definite communication gap between teachers and parents. Yes, we send report cards home, have PTA meetings, and will call parent-teacher conferences. But it’s not enough.

In order for learners to get the most out of their educational experience, parents and teachers need to be on the same page at all times – not just periodically throughout the year. So we have to ask ourselves “What can we do to bridge the communication gap between educators and parents and ensure that the communication is high-quality?”

Here’s a bit of tough love: we’ve got to stop putting the vested interests of lobbyists over the best interests of our learners.

In the U.S. alone, the testing marketing is a $1.4 billion industry – with testing, textbook, and tutoring being the big earners.

They WANT testing to be a priority because if it isn’t, their pockets hurt.

But when we allow their needs to reign, it’s our learners who get hurt. We need to stop being okay with that.

Deborah Meier and Matthew Knoester said it best in their book,  Beyond Testing: Seven Assessments of Students & Schools More Effective Than Standardized Tests. We need to:

“…puncture a hole in the hegemonic control of schools by standardized tests, but also provide a reasonable proposal for more viable alternatives to the view that standardized tests are the are the best way to evaluate student knowledge and school success and to provide accountability between schools and their various stakeholders.”

Let’s not fool ourselves into believing that change is impossible.

The University of California Board of Regents voted unanimously for President Janet Napolitano’s five-year plan to phase out ACT and SAT usage… and replace them with a more fair test that truly levels the playing field.

And that, my friends, is progress.

But that’s not all.

Right now, more than 330 of the top public AND private schools in the U.S. have joined the Mastery Consortium, to defend, promote, and take action on their belief that there’s a better way to not only prepare high school learners for the world, but to also present them to colleges and employers.

More than 1,600 U.S. colleges and universities have made ACT/SAT scores an OPTIONAL part of the college application process in an effort to deemphasize the use of standardized test scores.

A new breed of modern educational leaders have started asking the big questions… and creating their own solutions. And it’s about time!

What are your thoughts on standardized testing? What solutions or alternatives do you think are worth considering? Let us know in the comments below!