Gamification. It’s become a popular buzzword in recent years: a way to add game-like elements to non-gaming applications or activities in order to make them more fun and engaging. That’s very different than actually using games for teaching and learning. Here, EML editor Audrey Watters offers an “explainer” on the difference between “game-based learning” and “gamification” and asks some hard questions about what the latter actually means for independent learning. 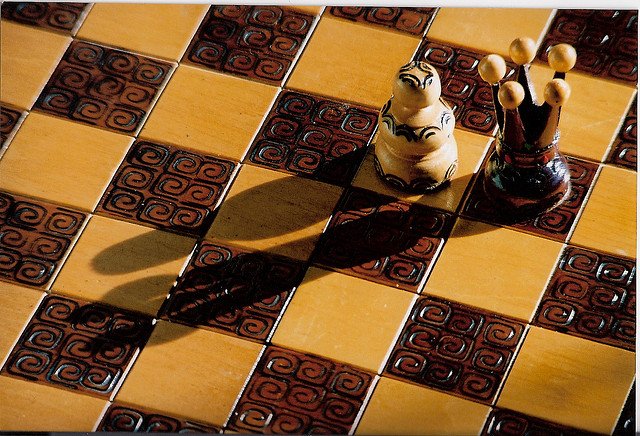 Widespread adoption of games in education always seems to be “on the horizon” – never quite fully accepted or integrated into schooling despite the long-standing excitement about games’ educational potential.

There are a number of reasons for this, least of which being that the idea of games as “play” runs afoul of some people’s concept of learning as “work.” Proponents of games in education counter that this dichotomy between work and play is false, that games are far from frivolous, that games demand a certain type of mental effort (“work”) that fosters problem solving, and that they can boost student interest and engagement.

“Gamification” Is Not “Game-Based Learning”

A game is generally seen as “structured play,” with rules and objectives. While a game can (and probably should) be fun, it can also have educational components to it, particularly in the case of games of skill (versus, say, games of luck).

The term “gamification” has gained popularity in recent years alongside the rise of social applications that incorporate some rewards-based systems (Foursquare check-ins, for example). Gamification means making non-gaming applications or events more game-like by adding points, badges, titles, and other game mechanics. “Leveling up” can be used to demonstrate progress or mastery, for example. Khan Academy is just one ed-tech product that uses gamification to reward students for completing exercises by giving them badges and special avatars.

The point of gamification: to make things more “fun” and “engaging” and to incentivize certain behaviors.

Gamification is not about breaking free, but rather about becoming more regimented.

That latter element is important, particularly in education, as gamification can be seen to tie neatly into a long history of behaviorism (think BF Skinner and “operant conditioning”): curbing “bad behaviors” and rewarding “good behaviors” as key principles of schooling.

Many game-maker object to the idea of “gamification,” saying that it distorts games – emphasizing things like points and trophies without recognizing what’s valuable (or pleasurable or challenging even) about games. Gamification encourages “fake achievement,” as one researcher puts it.

Jeff Watson, who writes critically about gamification – “Don’t say it, don’t do it, just stop” – offers this distinction between games and gamification:

A true game is a set of rules and procedures that generates problems and situations that demand inventive solutions. A game is about play and disruption and creativity and ambiguity and surprise. A game is about the unexpected. Gamification, on the other hand, is about the expected, the known, the badgeable, and the quantifiable. It is about “checking in” and being tracked. It’s not about breaking free, but rather about becoming more regimented. It’s a surveillance and discipline system — a wolf in sheep’s clothing. Beware its lure.

Why “gamify” education? Why not foster joy and creativity and agency instead?

When it comes to gamification and education, no doubt it’s worth asking what’s being “gamified” and how and why. (It’s probably worth asking too what we mean by terms like “engagement.”)

Can we reconcile gamification and independent learning? Can gamification encourage autonomy and creativity? Or does gamification necessarily re-inscribe someone else’s goals?

Watson argues that gamification is “not concerned with teaching learners how to learn, but rather shockingly exclusively with offering them a set of discrete objects that they must accumulate (in part or in whole) in order to be credentialed.” As such, is “gamification” simply a way to substitute interest in the creative and transformative potential for game-based learning for something much more akin to marketing or compliance?

How can we design games for learning without falling into the trap, outlined here, of an overly simplified or meaningless gamification of the classroom? What do “good games” for learning look like? How can we get students involved in designing them?

3 thoughts on “What Should School Leaders Know About Gamification?”