Apple’s Worldwide Developer Conference: Each week, Educating Modern Learners will pick one interesting current event – whether it’s news about education, technology, politics, business, science, or culture – and help put it in context for school leaders, explaining why the news matters and how it might affect teaching and learning (in the short or in the long run). We’re not always going to pick the biggest headline of the week to discuss; the application to education might not be immediately apparent. But hopefully we can provide a unique lens through which to look at news stories and to consider how our world is changing (and how schools need to change as well). This week (the week of June 2), Audrey Watters looks at news out of Apple’s annual developer conference. 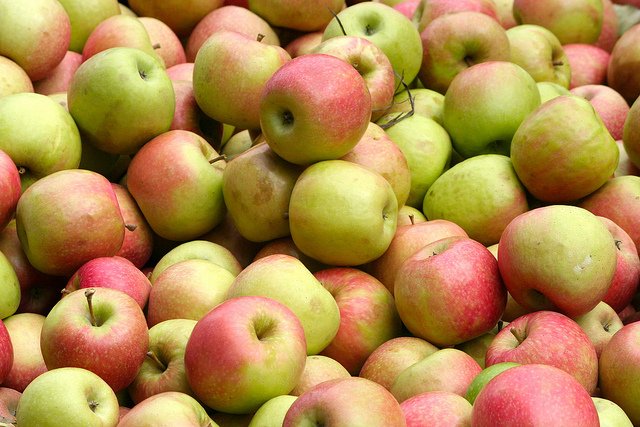 Apple held its Worldwide Developers Conference (WWDC) this week. The event, which has been held every year since 1990, is used by the company to showcase new software and hardware. The company has an incredible knack for attracting a tremendous amount of media attention for what is, as the name suggests, a conference aimed at Apple developers, not Apple consumers.

In part that’s because one of the highlights of the conference has been the opening keynote — in recent years streamed live to those using the Safari browser — delivered by Apple co-founder and CEO Steve Jobs until his death and now by CEO Tim Cook.

At this year’s keynote, Cook and other Apple executives made a number of new software announcements, but no hardware was unveiled.  (Tech pundits expect new devices, including the next version of the iPhone, this fall.)

Among the announcements at WWDC: the latest version of the Mac operating system, OS X Yosemite. It will have a number of new features, including the ability to make and receive phone calls and send and receive SMS from any device. Apple also announced the latest version of its iOS operating system, iOS 8. It will include a hands-free version of Siri — just say “Hey Siri” to use the program — as well as a new “Family Sharing” option that will allow up to 6 family members share iTunes purchases across devices. (It will also let parents control what purchases children make with their devices.)

Both the Mac and iOS operating systems will include “iCloud Drive,” a cloud-based storage application that will sync files across devices, including Windows-based ones.

The iPhone will track your health and fitness data in a new app. Could it track your learner data too?

And the new iOS will also include a new app called “HealthKit,” designed to track users’ personal health and fitness data from various apps and systems in one centralized location. Apple announced partnerships with Nike, which will integrate data from the Nike+ apps and NikeFuel fitness devices, and with the Mayo Clinic, so that health care providers can receive and transmit health records to and from the app. Users will also be able to set up emergency cards containing their medical vitals, so that paramedics (or anyone else) can bypass the screen lock to get the info. Apple does promise strict privacy and security for user data here — as the law, of course, demands.

As the iPhone becomes a mobile data storage and data analysis tool for personal health information, it’s probably worth thinking about an article earlier this week on EML and how the influence of the quantified self movement may or may not seep into education. And it’s fun to speculate, perhaps: what would a LearnerKit app look like?

Despite Apple’s sizable share of the education computing market, education wasn’t a centerpiece of the WWDC keynote. That’s not to say that updates to things like iCloud Drive won’t be significant for Apple-using schools or for Apple-using teachers and students. But it’s always worth remembering that Apple remains a consumer-focused, not an education-focused company.