Randolph-Macon College psychology professor Cedar Riener wrote one of the first (and most popular) articles here on Educating Modern Learners: “Should We Build a Brain-Based School?” He returns here to continue the discussion and to talk about the ways in which what we know about cognitive science might in turn shape our classroom pedagogies. (Or how it might not.) 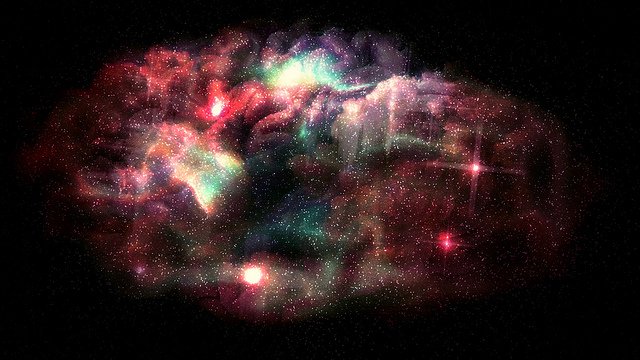 A cognitive science revolution, which has been under way for some time (with a major escalation during this decade), threatens to shortly explode with a new perspective of what it means to be (and teach) a human brain.  – Robert Sylwester  (The School Administrator, January, 1998)

Every education system in the world is being reformed at the moment and it’s not enough. Reform is no use anymore, because that’s simply improving a broken model. What we need is not evolution, but a revolution in education. This has to be transformed into something else. – Sir Ken Robinson (TED talk, 2009)

Calls for radical transformation in education often cite our new understanding of the human brain as key motivation for this revolution. These visionaries argue that while our modern world has changed dramatically, our classrooms look and work the same as they have for 200 years.  While the science of the mind has made leaps and bounds in the past few decades, our pedagogy has not adapted to how we know children’s minds and brains work.

In my last article, I asked whether we should make a “brain-based school system,” whether we should seek to become “neuro-school leaders”?  Now I ask how this apparent revolution in neuroscience should apply at the classroom level or with individual pedagogies.

In our rush to apply cutting edge science to our poor backward classrooms, we should be wary of voices which argue that science has “solved” human learning

My take-home message is the same: Not so fast. In our rush to apply cutting edge science to our poor backward classrooms, we should be wary of voices which argue that science has “solved” human learning and we should thereby ignore the “common sense” of teachers. What we need going forward is an understanding of the circumstances in which the sciences of the mind can be useful in classroom settings. I will address this in a few steps. First, what science can be applied? Second, how should we apply it? Finally, how can we recognize the limits of science so as not to demand too much?  Just as a teacher should not be held accountable for any “achievement gaps” in our society, neither should scientists be held accountable for failing to provide simple recipes for every element of the learning situation in a classroom.

What Science Should We Apply to the Classroom?

Our understanding of the brain has made tremendous progress. Just this week, findings were announced further confirming the dominant theory of the cellular mechanism of memory: that memories are formed through the strengthening of the connections between neurons. Researchers at University of California, San Diego were able to turn on, and turn off, the formation of memories in a rat’s brain.  As the lead researcher put it to a reporter from Nature, “We were playing with memory like a yo-yo.”

But what does manipulation of fear conditioning in a rat have to do with teaching a kindergartener to read? Or a 5th grader the complexities of history? Not much. Sorry, no yo-yo.

How Can We Apply the Science of the Mind to the Classroom?

What does cognitive science say about laptop use in the classroom?

I think the best way to illustrate how to responsibly apply the science of the mind to educational settings is to look at a case study that is likely a concern to teachers, parents, and administrators alike: should we allow or encourage laptops in the classroom?

First, what does cognitive psychology have to say about this? We might begin by consulting basic research on attention and multitasking. In a typical cognitive psychology laboratory study of attention and multitasking, people attempt to do two things at once. These tasks are both unfamiliar (so people don’t have different levels of practice) and very simple and measurable (like tracking a moving dot on the screen while doing mental subtraction, or making a simple decision about a geometric shape). In a review of this literature, the basic finding is that we don’t really multitask. Rather we switch quickly between tasks, and every time we switch, we incur a small but important cost to our attention.

But social psychology also enters into this equation. The social psychology of motivation and habits might inform how students use (or don’t use) devices in the classroom. If we considered multitasking a habit, we might see breaking this habit as subject to many of the other obstacles to breaking other bad habits. For example, it is far more difficult to simply stop a behavior than it is to replace a behavior with something else. Stopping multitasking might even result in cravings. When I have required students to store their phones and laptops across the room, they sometimes remark how weird it feels to not have their phone with them.

Likewise, the classroom is a social environment, and students react to their peers. Even if they do not have a laptop themselves, they may be distracted by others. Faria Sana and colleagues have shown that students are distracted even if they don’t have a laptop themselves, by looking at laptops of their peers. The social nature of classroom laptop distractions reminds me of Ethan Kross’s research on how passive Facebook use affects our emotions. Social media is not uniformly bad for our well-being, (indeed, when used to directly interact, social media can enhance well-being) but Kross’ research shows that passively scrolling through a news feed is associated with increased negative emotions such as envy and loneliness.  Reading this research I was struck that this is exactly the kind of browsing behavior most likely prevalent among students multitasking in class. What might seem like bland mind-wandering is not only more cognitively distracting than looking out the window, but potentially emotionally draining.

I’ll close with one final study, which leads me to consider the limits of science in dictating classroom policy. A recent set of studies by Pam Mueller and Daniel Oppenheimer compared memory for a lecture when students took notes by hand or with a laptop. Students who took notes by hand remembered more. Laptop note takers were able to take notes faster, and were thereby nudged into a tendency to take notes verbatim, even when they were explicitly asked not to transcribe the lecture. The handwriters were more likely to form a condensed, filtered version of the lecture in their notes, an active process which improved their memories for the lecture.

So how should we apply these findings to the classroom? By informing teachers of this science, but then stepping back and allowing them to apply it to their classrooms.

Immediately banning laptops might be a step too far, but teachers (and students) can understand that switching back and forth between tasks incurs a small cost to limited pool of attention. Further, laptops might be helpful in bringing outside resources into the classroom, but if they encourage a tendency to transcribe a lecture (or any classroom experience) rather than filter and condense it, the laptop will reduce learning rather than enhancing it. Considering the social consequences of laptops, passive Facebook browsing can bring negative emotions into the classroom. Further, if we do decide to ban laptops or mobile devices in class, we should understand that the habit of multitasking is not naturally replaced by focused concentration, but may need to be actively replaced with another behavior.

A question or two to “stimulate your brain”…