Vergara v California Each week, Educating Modern Learners will pick one interesting current event – whether it’s news about education, technology, politics, business, science, or culture – and help put it in context for school leaders, explaining why the news matters and how it might affect teaching and learning (in the short or in the long run). We’re not always going to pick the biggest headline of the week to discuss; the application to education might not be immediately apparent. But hopefully we can provide a unique lens through which to look at news stories and to consider how our world is changing (and how schools need to change as well). This week (the week of June 9), Audrey Watters looks at the decision this week by a California judge that strikes down the state’s teacher tenure laws. 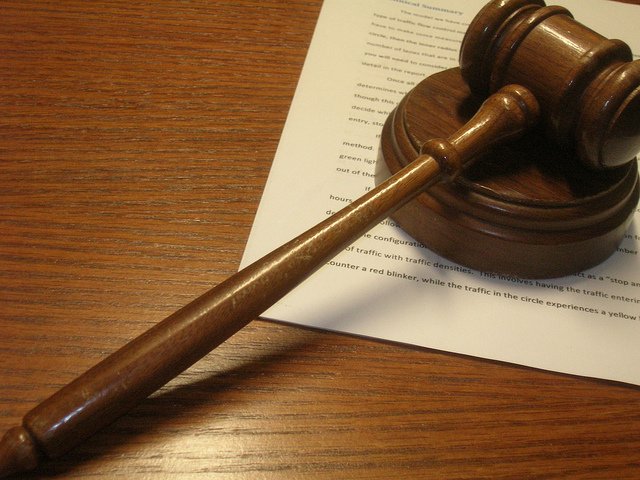 A California superior court judge ruled on Tuesday that teacher tenure laws in the state discriminate against poor students, depriving them of their right to an education and as such violating their civil rights. The decision in Vergara v California is a blow to teachers unions in the state, and could change how teachers are hired and fired in California and (perhaps) elsewhere.

The evidence is compelling. Indeed, it shocks the conscience. – Judge Rolf Treu

The ruling found unconstitutional 5 laws in the state that govern teacher employment practices, including policies that address how long it takes a teacher to earn tenure, the requirements to remove a tenured teacher, and the order in which teachers are laid off when there are budget cuts.

“All sides to this litigation agree that competent teachers are a critical, if not the most important, component of success of a child’s in-school educational experience,” Judge Rolf Treu wrote in his ruling. “There is also no dispute that there are a significant number of grossly ineffective teachers currently active in California classrooms.” Treu found that current tenure policies make dismissal “complex, time-consuming and expensive” and therefore “impose a disproportionate burden on poor and minority students.”

US Secretary of Education Arne Duncan issued a statement praising the ruling. His stance is hardly surprising since weakening tenure protections so as to make it easier to fire underperforming teachers has been part of the Obama Administration’s agenda via its Race to the Top initiative.

Teachers’ unions blasted the decision, saying they plan to appeal. Joshua Pechthalt, the president of the California Federation of Teachers, said that “We believe the judge fell victim to the anti-union, anti-teacher rhetoric and one of America’s finest corporate law firms that set out to scapegoat teachers for the real problems that exist in public education.”

The lawsuit was brought to court thanks to several millions of dollars of support from Silicon Valley magnate David Welch. His money funded the creation of the organization Students Matter which filed the suit on behalf of the student plaintiffs.  On the heels of this legal win, Students Matter says it is “considering filing lawsuits in New York, Connecticut, Maryland, Oregon, New Mexico, Idaho and Kansas as well as other states with powerful unions where legislatures have defeated attempts to change teacher tenure laws.”

While the Vergara v California ruling is significant, Kevin Carey, the director of the education policy program at the New America Foundation, writes in The New Republic that it’s “problematic to fix teacher tenure through the courts.”

But the court system is also an inherently problematic venue in which to resolve fundamental education questions. Deciding whether schools are providing children with a good enough learning environment requires us to decide what we want our children to learn and what kind of citizens we want them to be. That, in turn, flows from our convictions and values about the nature of just and civilized society. Such questions can never be resolved with legal finality. They represent the unending project of debate in an open society, the balancing of sometimes irreconcilable priorities that we manage with democratic and inherently political institutions.

But the legal wrangling will continue, without a doubt. Benjamin Riley, on leave from his role as the Director of Policy and Advocacy at NewSchools Venture Fund (which supported the plaintiffs in this lawsuit) has written several very helpful posts about the legal repercussions of the ruling. He addresses questions that are likely to come up as the ruling is appealed  (with further clarification here).

Educational equality is about more than teacher-seniority rules: It is about making the schools that serve poor children more attractive places for the smartest, most ambitious people to spend their careers.

But will the end to teacher tenure actually improve learning outcomes for California students? Writing in The Atlantic, Dana Goldstein argues that

Judge Reulf’s theory is faulty: Getting rid of these bad laws may do little to systemically raise student achievement. For high-poverty schools, hiring is at least as big of a challenge as firing, and the Vergara decision does nothing to make it easier for the most struggling schools to attract or retain the best teacher candidates.

…The lesson here is that California’s tenure policies may be insensible, but they aren’t the only, or even the primary, driver of the teacher-quality gap between the state’s middle-class and low-income schools. The larger problem is that too few of the best teachers are willing to work long-term in the country’s most racially isolated and poorest neighborhoods. There are lots of reasons why, ranging from plain old racism and classism to the higher principal turnover that turns poor schools into chaotic workplaces that mature teachers avoid. The schools with the most poverty are also more likely to focus on standardized test prep, which teachers dislike. Plus, teachers tend to live in middle-class neighborhoods and may not want a long commute.

Educational equality is about more than teacher-seniority rules: It is about making the schools that serve poor children more attractive places for the smartest, most ambitious people to spend their careers. To do that, those schools need excellent, stable principals who inspire confidence in great teachers. They need rich curricula that stimulate both adults and children. And ideally, their student bodies should be more socioeconomically integrated so schools are less overwhelmed by the social challenges of poverty. Of course, all that is a tall policy order; much more difficult, it turns out, than overturning tenure laws.