What will the future of higher education look like? And in the midst of uncertainty as to how to answer that question, how do we prepare students for college? (Or do we?) In this article, Bryan Alexander explores the changing landscape of higher education — new demands and needs for knowledge, skills, networks, credentials. How can those at the K-12 level help to prepare students and prepare educational institutions to think through these changes and these challenges? 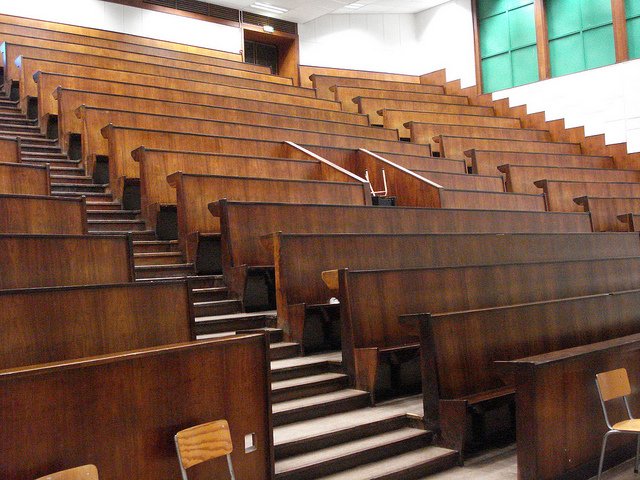 Educators have been hoping to prepare students for the 21st century since late in the 20th.  We have spoken of this new epoch as needing new skills, new literacies, or perhaps the development of new content areas.  The fresh century demands global awareness, or technological abilities, or training for a transformed labor market, or a mixture of all of these.

Educators have been hoping to prepare students for the 21st century since late in the 20th.

This 21st-century framing makes college preparation even more challenging than it was a generation ago.   On the one hand forecasting what the next eight decades will require is a daunting task given the sheer complexity of the problem.  For comparison, imagine trying to predict what the next 85 years would require from educators in 1915. Ahead lay the completion of the industrial revolution, Sputnik and the research boom, higher education’s opening to women and minorities, the civil rights revolutions, computers, and the internet, to name just some leading developments.  On the other hand, developments already under way since 2000 have already shaken up our sense of what it means to prepare learners for college:

The model of college and college preparation we collectively held in the year 2000 seems to be already on the way to being outmoded.  We must then revise that model in light of events, and then further transform it by anticipating as best we can what is most likely to come next.

The Myth of the “Traditional College Student”

We can begin by examining demographics, since population patterns tend to have fairly predictable, long-term impact.  The American populace is growing older, overall, as the under-18 population shrinks and the large Baby Boom generation enters retirement age.  The reduction in children and teen numbers may well be attenuated by economic pressures now facing people in their 20s, who seem to be delaying childbirth, being weighed down by student debt and a difficult job market.

If we face several decades of fewer minors, colleges and universities should therefore plan on serving fewer traditional-age learners and prepare instead to serve more adults, including seniors. Competency-based learning may grow in importance. We may revise the term “adult education” to simply “education”, and instead use a new phrase for what used to be the mainline college experience, such as “youth university” or “post-12 schooling”.

That focus on adults suggests that American higher education will focus solely on American learners.  An alternative path presents itself through several forms of globalization.  First, colleges and universities can ramp up their recruitment of students abroad, especially from Asia.  Many are already doing so, attracted to a large, academically prepared, often wealthy, and diversity-friendly population.  Second, some American universities are expanding their global presence through creating new campuses and establishing partnerships with local institutions.  United States higher education could well become very international, changing the culture of individual campuses.

In response college preparation would need to emphasize multicultural awareness.  Moreover, global populations are increasingly relying on digital technologies to maintain contact with friends, families, and business associates.  Higher education and K-12 alike will have to support such connections at the levels of technical infrastructure and human literacies.  Our current emphasis on collaborative group work pedagogy may morph into distance collaborations, as student practice team work with partners not geographically nearby.  Some humanities and social programs may see renewed demand to better educate students in such a hyperglobal milieu: languages, cultural studies, comparative fields (literature, religion, history), politics.

That global setting will be increasingly networked through digital technologies.  This is likely to very a very dynamic process, based on recent history. Digital innovation has been rapidly working since the Web’s mid-1990s launch, and shows no sign of slowing down.  Technological transformation looks likely to persist, based on all current trends.  Looking over the next decades, it would be naïve to see schooling untransformed by this steady digital tide.

What we teach, the curriculum, has therefore changed, and will continue to do so.  Colleges and universities must look for the continued emergence of new and hybrid fields, and be ready to introduce students to them with teaching faculty, research faculty, and a variety of support staff.  K-12 schools need to monitor these developments in order to prepare learners for a new university world.

What We Teach, How We Teach

If what we teach changes, then how we educate must also become something new.  As of this writing “blended learning” is emerging as a practice whereby faculty strategically integrate digital technologies into their classrooms.  Yet given the prevalence of digital hardware and software, and the steady penetration of technology into learners’ lives, we should consider that unblended learning will shortly become anomalous. The default setting for learning involves both digital and analog resources. College faculty, especially tenured ones, need support in shifting to this model, for which many have been unprepared by their careers to date.  K-12 schools should continue their gradual embrace of technologies for this very important reason: to better prepare graduates for this new college world.  This means a sea change in pedagogy across the board, starting with the recognition that learning – indeed, cognition – increasingly occurs through distributed networks, rather than in artificially isolated classrooms or their digital analogs (i.e, course management systems). We must learn how to learn in the open, upon a global stage, with all of the many issues stemming from that transformation.

At the same time we can embrace what seems to be a dialectical opposite to this digital migration: the rise of maker culture.  American learners of all ages have taken to doing hands-on work with nondigital materials, including wood, yarn, metal, and cloth.  Maker resources and makerspaces support would-be makers in their quests to learn older crafts, creating an environment very different from a school.  Maker practice is nonhierarchical, lacks standardized testing, responds to individual learner’s desires, is based on projects, and does not punish failure.

The success of this movement suggests that these pedagogies could reshape academia, helping build a more flexible, open, and humane culture of learning. Is this movement a place for us to rethink what it means to talk about post-secondary education, away from traditional “college preparation” and away from traditional “job training” and towards a different notion of lifelong learning?