The End of Life for Windows XP. Each week, Educating Modern Learners will pick one interesting current event – whether it’s news about education, technology, politics, business, science, or culture – and help put it in context for school leaders, explaining why the news matters and how it might affect teaching and learning (in the short or in the long run). We’re not always going to pick the biggest headline of the week to discuss; the application to education might not be immediately apparent. But hopefully we can provide a unique lens through which to look at news stories and to consider how our world is changing (and how schools need to change as well). This week (April 7), Audrey Watters looks at Microsoft’s decision to — finally — lay Windows XP to rest. 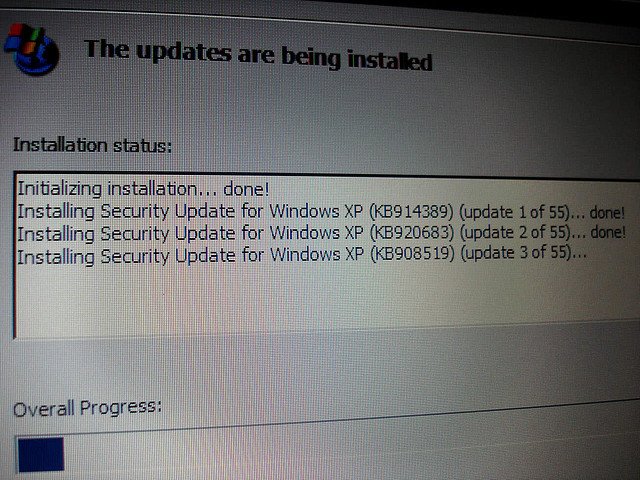 Windows XP has reached its end-of-life. As of April 8, Microsoft will no longer support the eleven-year-old operating system. With that also comes the end of support for Internet Explorer 6, the web browser that came bundled with that particular version of Windows.

“Good riddance,” some might say. Internet Explorer 6 has proven particularly frustrating for those who build websites and develop applications as the browser is missing support for many modern web standards. IE 6 has also been widely criticized for its security flaws.

The question of security is a crucial one, and although many — least of which being Microsoft — are keen to move computer users away from Windows XP and IE 6, the lack of ongoing security updates for these tools might prove problematic. (Security issues were in the news all this week too with the “Heartbleed” bug, a vulnerability uncovered this week in OpenSSL, an open source technology meant to keep Internet traffic secure. Heartbleed is unrelated to Microsoft’s aging operating system or browser, but it certainly highlights how important it is to maintain up-to-date and secure technology)

That popularity of Windows XP is dual-edged as support for the operating system is now retired, but its usage continues. Many computers around the world still rely on it, including some 95% of the world’s ATMs. Of personal computers connected to the Internet, almost a third still run XP — and it’s likely lots more machines that aren’t online do as well.

So how many of those are in schools?

A survey conducted last year by the anti-virus company Avast found that 96% of the 160+ schools it surveyed said they would face a “major technological crisis” with XP’s end-of-life. (Take the results with a grain of salt, of course, as the company used its findings to promote its security software to these institutions.)

But the point stands: many schools do rely on out-of-date software and hardware. One district in Tennessee told its local newspaper that it estimated all of its schools, as well as its central offices, would be affected by the end of support for XP.  In some cases, computers could be upgraded to the latest Windows operating system; in other cases, these older machines would need some hardware enhancements as well, such as more RAM.

Clearly many schools face difficult (and costly) decisions in supporting these old tools and/or in upgrading as well — decisions complicated by debates about whether to stick with desktop computers, or move to laptops or to tablets. While there are demands for more modern technology in the classroom — not to mention requirements for computer-based assessment in the US — most schools probably don’t have the budget for a mass replacement of outmoded machines. But as the Heartbleed bug has reminded us this week, old technology can be insecure technology, and that’s likely to cause a lot more headaches for school IT as well.