The Global Learning XPRIZE. Each week, Educating Modern Learners will pick one interesting current event – whether it’s news about education, technology, politics, business, science, or culture – and help put it in context for school leaders, explaining why the news matters and how it might affect teaching and learning (in the short or in the long run). This week (the week of September 22), Audrey Watters looks at the $15 million competition to create software designed so that children in the developing world can teach themselves basic literacy and numeracy. 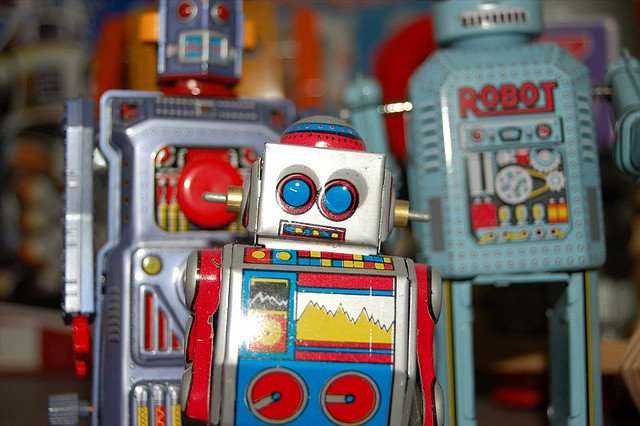 Earlier this week, the XPRIZE organization announced its latest competition: a $15 million Global Learning XPRIZE — “a five-year competition challenging teams to develop open source and scalable software that will enable children in developing countries to teach themselves basic reading, writing and arithmetic.”

The process for the competition will be as follows:

The Global Learning XPRIZE will launch with a six-month team registration period. Registered teams will then have 18 months to develop their solutions, at which point, a panel of third-party expert judges will evaluate and select the top five teams to proceed in the competition, each receiving a $1M award. Solutions will be tested in the field across a minimum of 100 villages, reaching thousands of children in the developing world, over an 18-month period. The testing will take place in a country where English is a primary language of instruction. The $10M top prize will ultimately be awarded to the team that develops a technology solution demonstrating the greatest levels of proficiency gains in reading, writing and arithmetic.

According to Global Learning XPRIZE Senior Director Matt Keller, the software solutions will run on Android tablets and will probably be deployed in “areas of Africa and Asia like Tanzania, Uganda, Bangladesh and India, where enrollment in education is high, but literacy and access for girls is low.” Speaking to RealClearEducation, Keller — who used to be the senior vice president of the One Laptop Per Child initiative — said that he was hoping to see proposals from

people from all over the world. There’s a lot of neuroscience involved in this regarding how the brain learns to read and do math, so we’ll see people in that field. That’ll be combined with people who are really good at coding and storytelling. We want to bring these people together. Garage-based entrepreneurs will likely compete, as well as those embedded in research and universities. Places where you have people studying computer science, coding, education, economic and human development – those are perfect places where teams will form naturally.

There are several important premises in this XPRIZE competition:

The XPRIZE echoes projects like Nicholas Negroponte’s One Laptop per Child and Sugata Mitra’s Hole in the Wall that have similarly touted computers as facilitating self-directed learning in the developing world. But there have been some pushback that the research in both these cases doesn’t quite match the hype. Unlike previous XPRIZE competitions however, this Global Learning one will involve running controlled experiments in the final stage, and Keller says that he hopes it will provide evidence that automating education can raise children’s basic literacy and math proficiency.

While supporting learner agency is important, the XPRIZE competition does raise a number of questions about technology, education, and imperialism. It’s notable, for example, that the literacy efforts must be conducted in English. More broadly, what happens to local culture and community if education is outsourced to technology providers? Is this another case of, as the World Bank’s Michael Trucano has put it, “Dump hardware in [the developing world], hope for magic to happen“? Payal Arora, professor at Erasmus University in The Netherland, has asked the following about the Hole in the Wall project (PDF), and these questions are relevant to the XPRIZE too:

Is collaborative learning a natural or a taught process? Is informal and public learning inherently more equitable and democratic? What kinds and depths of learning are achievable? What, if any, is the role of the teacher and/or mediators in this process? What are the benchmarks for success and failure, and how do these differ from those in conventional learning? And is this approach sustainable?