Last week, EML editor Audrey Watters asked if Twitter was really the best place for online professional development, in part because of changes to the platform and perceptions that the discussions on the social media site were becoming “uglier.” But Twitter isn’t going away any time soon, and we do need to think about our actions — and our lack of action — online, particularly when it comes to difficult or controversial discussions. What are we modeling as educators? And how are we helping our students navigate the nastiness and the necessity of social media as well? Here, EML’s regular contributor Lee Skallerup Bessette explores our personal and professional obligations to do so. 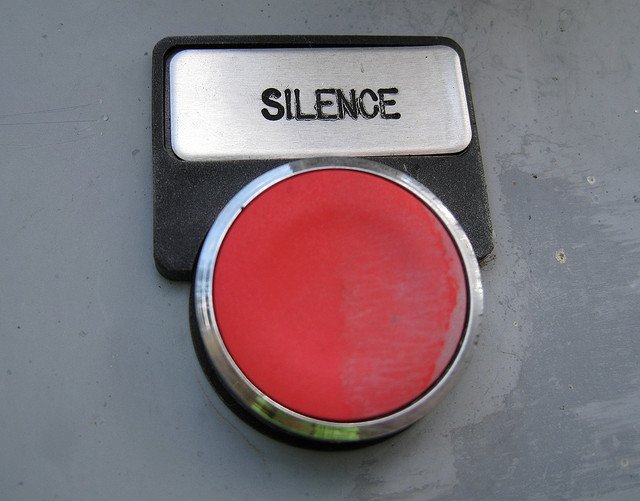 We need to talk about Ferguson.

As educators and school leaders, we can no longer hide behind the privilege of “not knowing.”

You probably don’t want to talk about Ferguson. It brings up a whole host of uncomfortable issues around race and power and privilege and class and the military-industrial complex in our backyards and…it’s political. It’s a minefield, and, depending on where and who you teach, a very large risk. But if there is one thing that we can all agree on, I hope, which is why we need to talk about Ferguson, is that we have to start doing better.

We have to do better.

The first thing we need to do is to keep talking about Ferguson even if the mainstream media has moved away from talking about Ferguson. But if we are really in a position where talking about Ferguson is a professional risk, then at least pay attention and realize that the Ferguson story is still going on, and that the issues around Ferguson are ones that have been around for a while, festering beneath the surface of civility and of privilege. As educators and school leaders, we can no longer hide behind the privilege of “not knowing.”

I have been silent myself on Ferguson, and I invite you to read EML editor Audrey Watters piece on the topic of silence around Ferguson. She says:

There is no single answer here, of course. I don’t necessarily translate silence as “indifference.” Silence is personal, and silence is complicated. But, as [Audre] Lorde reminds us, our silence will not protect us.

Watters also reminds us about how important social media was to the coverage of Ferguson; Zeynep Tufekci points out how important net neutrality and Twitter’s “fire hose” interface were to the perception, coverage, and even just over-all exposure to the events happening there. However, as these two articles point out (one from The Atlantic and one from Ethan Zuckerman), white people’s social media circles are incredibly homogeneous and incredibly white. Few voices of dissent ever appear in their frame of reference. And those that do are often shouted down with attacks on the victim’s character.

This is where we need to learn to listen. But we need to also learn the voices that need to be heard. It doesn’t matter if the algorithms allow for (or rather don’t exist to impede) us to find voices if we don’t actively seek them out and then listen.

This is where we need to learn to listen. But we need to also learn the voices that need to be heard.

But why does this matter to educators and school leaders? In other, closed social media circles that I am a part of, a heated debate sprang up around the Ferguson situation. Many educators were sharing stories and images from the events in Ferguson, while others wanted to eliminate any and all mentions of Ferguson from the forum, arguing that this space was about teaching, not about politics.

Audrey Watters, in one of her weekly news roundups, makes a very compelling case that the situation in Ferguson is about education, in that the tax base of Ferguson dwindled through “White Flight” and thus so too did the funding for schools. Failing schools taken over by the state. You cannot separate politics and economics from the issue of education: they are inextricably linked. We might look at Ferguson and wish it didn’t happen, think it could never happen to our schools, or that it is not relevant to what’s going on in our classrooms. But we would be mistaken.

If we cannot see the connection between what happened in Ferguson and what happens (or, if you are so privileged doesn’t happen) in your schools and in your communities, then we have failed as educators to be open to different ways of listening and learning, to learn from both history and our present, and to practice empathy.

There is a moment where I didn’t do better, and it has shaped my approach to teaching ever since. A group of students in my class decided to do a presentation on police violence towards the African-American community in the United States. An older student in the group who was my age spoke about the Rodney King beating. Many of the students in the class weren’t even born when those events took place. Another student, an African-American student from nearby Cincinnati, presented an incident of police violence against African-Americans that also sparked riots that took place in 2001. It was an event that most of the students in the class had also never heard of, but it had clearly had an understandable impact on this particular student.

Except for one other student, who was also from Cincinnati, who was white. This student, who had sat and listened to the presentation and watched the videos, suddenly burst out with all of his criticisms against “that community” and that anyone who was caught up with the police clearly “deserved it”. I listened carefully, and tried to play devil’s advocate, rather than more aggressively refuting his accusations. Why does everything have to be about race, he decried, and the rest of the white faces in the class nodded in agreement.

I’ll never forget the look on the African-American student’s face. It was a mixture of resignation and disappointment. I failed that day as an educator; I failed all of my students, but I had done particular violence towards the African-American student who introduced us to this particular shared trauma for his city and community. I had allowed it to be dismissed and trivialized. Cincinnati is not my community, and neither, really, is Eastern Kentucky, where I was teaching. But that day, in my classroom, I was confronted with realities I had been ignorant of, and it was a disservice to my students.

I keep trying to do better. We all need to try and do better.

On Helping Students Do Better

As we think about our obligations and educators and school leaders vis-à-vis our own actions on- and offline, we must consider too how we’re helping support students in doing the same.

If schools continue to block social media, for example, how will students learn to be discerning readers or thoughtful speakers in an online world? What are the implications — in a world where, thanks in part to social media, we are inundated with news  and images of trauma and tragedy — of our schools shying away from difficult conversations (the superintendent of a school district near Ferguson banned discussion of the event in his district’s classrooms, for example)?

Do these decisions and policies help students and educators alike learn to do better, to be better? What does our silence accomplish?