Sexual harassment online. Each week, Educating Modern Learners will pick one interesting current event – whether it’s news about education, technology, politics, business, science, or culture – and help put it in context for school leaders, explaining why the news matters and how it might affect teaching and learning (in the short or in the long run). This week (the week of December 8), Audrey Watters examines reports of sexual harassment in edX MOOCs. 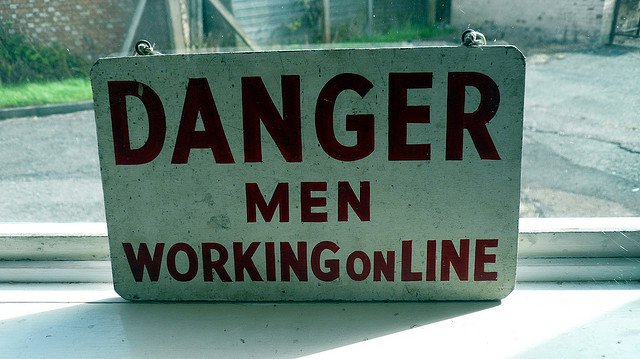 MIT announced this week that it was removing the online courses of Walter Lewin, an emeritus professor of physics, after discovering that he had engaged in the online sexual harassment of a female student enrolled in one of his MITx classes.

Lewin has been an incredibly popular professor, thanks in no small part to the Internet. The YouTube videos of demonstrations from his physics courses at MIT have had millions of views. Prior to the rise of Salman Khan and Khan Academy, Lewin was the YouTube education star. All those videos are now gone as MIT has tried to scrub Lewin’s presence from the Web.

According to the university, “MIT’s action comes in response to a complaint it received in October from a woman, who is an online MITx learner, claiming online sexual harassment by Lewin. She provided information about Lewin’s interactions with her, which began when she was a learner in one of his MITx courses, as well as information about interactions between Lewin and other women online learners.”

What about edX policy? The Chronicle of Higher Education spoke with Tena Herlihy, edX’s general counsel, who pointed out that the MOOC provider’s Terms of Service prohibit “content that defames, harasses, or threatens others,” as well as “pornographic, obscene, indecent, or unlawful content” — these terms apply to students and instructors, she said.

Nonetheless, it’s worth considering the important legal differences between universities and third-party providers like edX in terms of what they are obligated to do and obligated to report about these sorts of incidents. What FERPA protections are in place, for example? What about Title IX protections? edX has close ties, clearly, with MIT, and it has said that it does believe that MOOC enrollees’ data is protected by FERPA (but its competitor, Coursera, says that student data is not legally protected by FERPA).

Reports of sexual misconduct in education offline are neither new nor surprising (sadly). But online harassment is different. What counts as harassment online? How is it identified? Is it up to victims to report, particularly when online exchanges lead a more definitive data trail? And are there algorithms that can identify perpetrators? That’s been the suggestion of some who think that we should deploy tools akin to ContentID, which works to identify copyright violations online, to the realm of harassment online. “Not so fast,” writes Sarah Jeong. “Holding up Content ID and similar systems as a way to end harassment is unrealistic tech-optimism. Valenti quotes Jaclyn Friedman as saying, ‘If Silicon Valley can invent a driverless car, they can address online harassment on their platforms.’ But the driverless car is still not on the streets, and for compelling reasons.”

The response to online harassment by major social media companies like Twitter has been far from satisfactory. (We covered “Gamergate” earlier this fall, for example.) But what will the response of education technology companies be? And how are we addressing issues of discrimination and harassment online?

In unrelated-related news: a study conducted by a North Carolina State University PhD student Lillian MacNell made headlines this week. She found that “college students in online courses give better evaluations to instructors they think are men – even when the instructor is actually a woman.” One of the questions that hopefully we can get better at answering in 2015 is how will education technologies address or resolve some of these issues of equity and identity and safety online.