Pearson, PARCC, and Social Media Monitoring. Each week, Educating Modern Learners picks one interesting current event – whether it’s news about education, technology, politics, business, science, or culture – and helps put it in context for school leaders, explaining why the news matters and how it might affect teaching and learning (in the short or in the long run). This week (the week of March 16), Audrey Watters looks at the news that Pearson is monitoring student social media during Common Core testing. 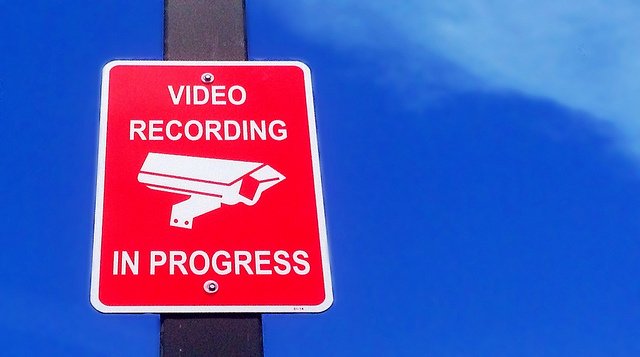 Last Friday, former Newark Star-Ledger education reporter Bob Braun posted a screenshot on his blog of an email by a New Jersey superintendent detailing a “Priority 1 Alert” that had been issued by Pearson and the state department of education. The alert was prompted by a student who had apparently tweeted about a test question on the the Common Core PARCC exam, causing a security breach. The tweet, which did not contain an image, had been deleted.

The email expressed several concerns: the potential for more parental outcry about student data and testing, particularly as the DOE had requested the student be disciplined. Also, through the incident, the superintendent had learned that “Pearson is monitoring all social media during PARCC testing.”

And with that sentence, Braun’s story went viral.

The New Jersey Department of Education has responded, justifying its “vigilance” in “safeguarding test questions.” Indeed, it has become common practice for test providers – the SAT, AP, and Smarter Balanced, for example – to monitor social media. The rationale: to prevent cheating.

How might we rethink assessment in an age of ubiquitous technology, instead of simply surveilling students more?

Of course, cheating isn’t new. But social media does now give schools and companies a new way to look for it. This raises all sorts of questions about students’ rights to free speech and to privacy. It should probably also prompt us to consider how we might rethink assessment in an age of ubiquitous technology. But testing is a big business. Instead, we seem to get more surveillance.

Lots of stories have been written about the news. A few:

Again, this isn’t just something that Pearson or major corporations are doing. Many schools and government agencies are also using social media monitoring tools, a move that has been fairly controversial. Do schools have a right to monitor – and discipline – based on students’ computer usage? What if students are using their own device? What if it’s after school? (There have been several court cases in the US over this, but there is no clear legal consensus.)

It’s important to ask too, particularly in light of what we know about the school-to-prison pipeline and higher disciplinary rates for certain students: who’s likely to be most closely scrutinized and punished via social media monitoring? Late last year, for example, news broke that the Huntsville, Alabama school district had paid over $150,000 to a security firm to monitor and investigate students’ online activity. As a result, 14 students were expelled. 12 of those were African American. Similarly, the tech publication The Verge has written about “How the NYPD is using social media to put Harlem teens behind bars.”

Social media monitoring isn’t the same as “friending” or “following” students on social media. (And even that practice, between teachers and students, isn’t without controversy.) Monitoring tools are far more sophisticated, pulling in geolocation data, comparing identities across multiple social media tools (using an email address, for example, to link your LinkedIn profile, your Facebook account, your SoundCloud account – even if your real name isn’t attached to the latter.)

How do we help students navigate this new space, knowing that privacy and security are so important to their identify development? How do we advocate for student privacy without denying students agency in making the decisions about what and how they want to share online?