Convictions in the Atlanta Cheating Trial. Each week, Educating Modern Learners picks one interesting current event – whether it’s news about education, technology, politics, business, science, or culture – and helps put it in context for school leaders, explaining why the news matters and how it might affect teaching and learning (in the short or in the long run). This week (the week of March 30), Audrey Watters looks at the trial of educators involved in Atlanta Public Schools’ massive cheating scandal. 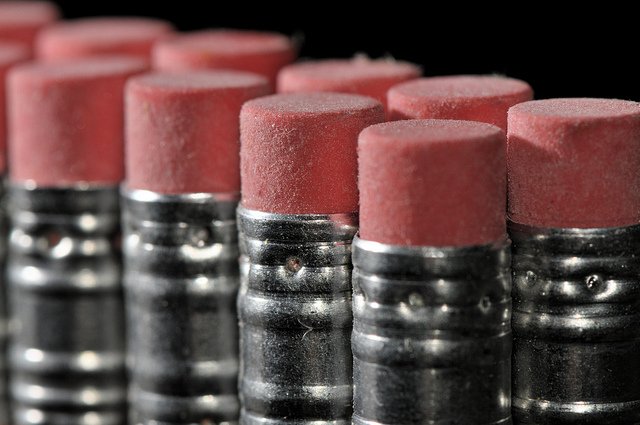 In what has been described as “one of the biggest cheating scandals of its kind in the U.S.,” eleven Atlanta, Georgia educators were convicted of racketeering this week for their roles in falsifying students’ standardized test scores. eleven of the twelve defendants in the trial, including teachers, principals, and other administrators, were found guilty. (The twelfth defendant, a teacher, was acquitted on all charges.)

The trial stems from a state investigation, prompted by reporting by The Atlanta-Journal Constitution in 2008 which identified suspect test scores in the city’s public school district and eventually exposed widespread, systematic cheating, designed to inflate students’ test scores.

Before this story was uncovered, the Atlanta Public Schools had been praised for vastly improving education in the district, particularly at low income schools. Superintendent Beverly Hall won numerous awards and received some $500,000 in performance-based bonuses.

Hall, according to prosecutors, was the ringleader in the cheating efforts which included “cheating parties” where incorrect answers on tests were erased and altered. Hall was not prosecuted as part of this trial as she was being treated for breast cancer. (She died last month.)

When the state investigated the cheating, it found some 178 principals and teachers had participated in the cheating. “Dozens retired, resigned or were fired, and 21 of them pleaded guilty to crimes like obstruction and false statements,” The New York Times reported. This week’s judgment ends the trial of twelve who maintained their innocence.

Found guilty of racketeering – a felony, these educators could face up to twenty years in prison. (Some were convicted of other charges too, including making false statements, which could add even more time to their sentence.) Sentencing is April 8.

The eleven educators were led out of the courtroom in handcuffs, and they will remain in jail until they are sentenced. “They are convicted felons as far as I’m concerned,” Judge Baxter, “They have made their bed and they’re going to have to lie in it.”

Recommended reading about why the educators in Atlanta cheated: “Wrong Answer” in The New Yorker

NPR’s Anya Kamenetz offers some context to the verdict, pointing to how widespread cheating by teachers actually might be. There is a growing backlash against high stakes standardized testing in the US – stakes that some have argued prompted this sort cheating in the first place, particularly for schools that were under the most pressure to meet the outcomes demanded by No Child Left Behind. It’s worth noting that the students in the Atlanta schools in question are mostly low income and minority; and all the defendants in this case were African American. Elsewhere, Kamenetz has noted that “some studies have shown that more racially concentrated schools are somewhat more likely to be caught up in these scandals.”

Cheating on standardized tests can be seen as an education justice issue. Some have argued that if teachers cheat, then schools’ strengths and weaknesses might not be accurately identified. Students are deprived of a good education. But that argument presumes that standardized testing is the best way to measure this – to identify problems and to improve teaching and learning. Surely need a better way to talk about the injustices perpetuated by high stakes testing as well as the racial and socioeconomic inequalities in public schools. And I’d argue that convicting a dozen teachers for racketeering and putting them in jail for 20 years probably isn’t going to get us there.