Corinthian Closure. Each week, Educating Modern Learners picks one interesting current event – whether it’s news about education, technology, politics, business, science, or culture – and helps put it in context for school leaders, explaining why the news matters and how it might affect teaching and learning (in the short or in the long run). This week (the week of April 27), Audrey Watters looks at the sudden closure of the for-profit higher education chain, Corinthian Colleges. 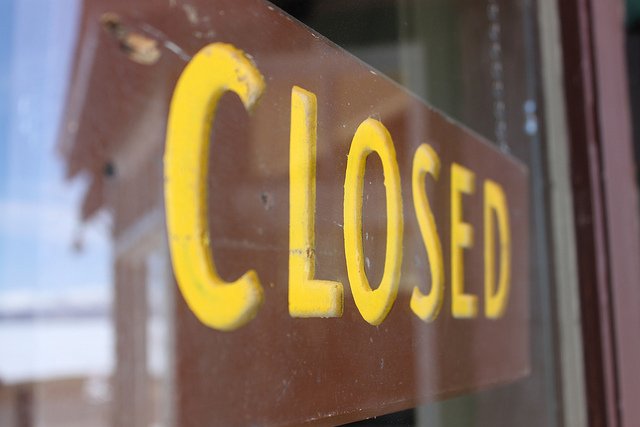 In a somewhat surprising announcement, the for-profit chain of colleges Corinthian announced this week that it is immediately shutting its doors, leaving some 16,000 students at its Everest, Heald, and Wyotech College schools without a school to attend.

The chain of for-profit colleges has been under fire for some time now. The Consumer Financial Protection Bureau has accused the company of predatory lending. And last year, the US Department of Education reached a deal with Corinthian Colleges to close or sell off all of its 107 campuses and online programs, following a number of investigations into the chain’s marketing practices. Last summer, the company’s CEO said that the agreement with the Department of Education would allow students to “continue their education” and it looked for some time like ECMC would buy some of the campuses, but that sale fell through. It’s unclear now with the closure of all remaining campuses what will happen next for Corinthian students.

Recently, many Corinthian students have pointed to the legal problems of the university and its deceptive marketing practices and, claiming they were defrauded, demanded forgiveness for their student loans.

On the heels of Monday’s announcement about Corinthian’s immediate closure, the Department of Education issued this statement:

Students seeking better life options should be assured that their investments will pay off in increased knowledge, skills, and opportunity. Today, Corinthian Colleges, Inc., announced it was effectively ending operations, following the company’s failure to find a buyer for its remaining campuses willing to abide by conditions put in place by the Department to protect students, borrowers and taxpayers. As Corinthian closes its doors for good, the Department will continue to keep students at the heart of every decision we make. Department staff will immediately begin outreach to Corinthian students to review all their options, which may include loan discharges for students whose school closed. What these students have experienced is unacceptable and we look forward to working with Congress in an effort to improve accountability and transparency in the career college industry. A college education remains the best investment a student can make in his or her future, and this Administration will continue to work to make a college degree affordable for all students, to hold colleges accountable, and to safeguard the interests of taxpayers.

According to BloombergBusiness, the closure of Corinthian could cost taxpayers some $200 million – that is, if the student loan debt of students is forgiven.

But as Buzzfeed’s Molly Hensley-Clancy reports, the Department of Education is still steering Corinthian students towards troubled, for-profit colleges in order to finish their degrees.

Among the schools on the Education Department’s list of “viable transfer options” released to Corinthian students are ITT Technical Institute, which is facing a predatory lending lawsuit by the Consumer Financial Protection Bureau and investigations by 17 state attorneys general, and schools owned by EDMC, which is being investigated by the Department of Justice. Teetering on the edge of financial instability, EDMC has instituted mass layoffs and sold off several of its Art Institutes campuses.

The department also pointed students towards schools owned by Career Education Corporation, which settled with the New York Attorney General for $10 million over allegations that it had misled students and falsified education records. The school has a checkered past of investigations by the Department of Justice and the Securities and Exchange Commission.

The collapse of Corinthian raises a number of very important questions as we consider the future of education: