Amazon versus Hachette: Each week, Educating Modern Learners will pick one interesting current event – whether it’s news about education, technology, politics, business, science, or culture – and help put it in context for school leaders, explaining why the news matters and how it might affect teaching and learning (in the short or in the long run). We’re not always going to pick the biggest headline of the week to discuss; the application to education might not be immediately apparent. But hopefully we can provide a unique lens through which to look at news stories and to consider how our world is changing (and how schools need to change as well). This week (the week of May 26), Audrey Watters looks at the ongoing contract dispute between Amazon and Hachette. 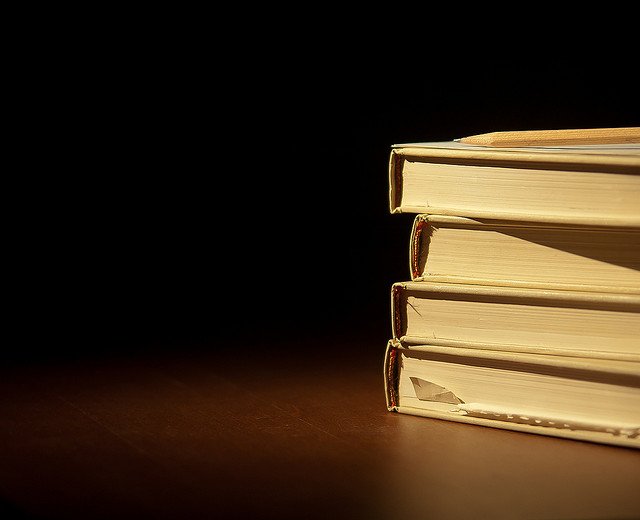 The dispute between the online bookseller Amazon and the publisher Hachette continued to escalate this week. For several months now, Amazon has been actively discouraging customers from buying physical copies of Hachette books — removing discounts and delaying shipping by up to a month. This week Amazon made it impossible for customers in the US to buy soon-to-be-released books by the publisher. (Amazon is reportedly taking similar actions in Germany against the publishing house Bonnier.)

Hachette is one of the largest publishers in the world — the fourth largest by market share. Its catalog includes many popular writers, including JK Rowling, Malcolm Gladwell, and James Patterson. Amazon, for its part, controls approximately 50% of sales of books — physical and digital — in the US.

The dispute between the two involves the share of revenue received from the sale of e-books, according to The New York Times.

This is not the first time that Amazon has battled publishers. In 2010 it removed the “buy” button from books in Macmillan’s catalog, for example. Publishers have tried to push back against Amazon, but in doing so, they found themselves hit with an anti-trust lawsuit. (Hachette, HarperCollins, Macmillan, Penguin, and Simon & Schuster were found guilty in federal court of colluding with Apple to fix the prices of e-books.) But now, suggests The New York Times, “the situation is reversed, with Amazon in the dominant position.”

Amazon issued a statement this week defending its actions (it’s worth noting that the reaction to Amazon’s moves against Hachette have been overwhelmingly negative). Amazon said that it was not hopeful the dispute would be resolved soon and suggested that if people want to purchase Hachette books, they visit “one of our competitors.”

If they’re still trying to maximize profits, we’ll still have lots of romance books and James Patterson will still write his books. But serious nonfiction books won’t get published. Those are the books that will go first. – Mike Shatzkin

In an article in The Atlantic, Digital Book World editorial director Jeremy Greenfield argues that this dispute is about more than just the profits of Amazon or of the publishing industry. He contends that the fight “could shape the future of ideas.”

More liberal discounting practices will give Amazon the power to continue to gain market share and it’s easy to imagine a scenario where it controls three-quarters of all book sales in the U.S. At the same time, higher co-op payments would make book publishers less profitable and less likely to invest in riskier book projects.

Long-time industry consultant (and partner in Digital Book World, my employer) Mike Shatzkin explained to me what would happen next:

Let’s say Amazon goes to 70 percent and they’re basically the pipes for everything and they’re indispensable and you can’t publish a book without them. So, what do they do then?

If they’re still trying to maximize profits, we’ll still have lots of romance books and James Patterson will still write his books. But serious nonfiction books won’t get published. Those are the books that will go first.

Nonfiction books, like Walter Isaacson’s biography of Steve Jobs, are expensive and risky to produce and rarely sell well, yet many of these books drive intellectual thinking in the U.S. Robert Caro’s latest book on Lyndon Johnson The Passage of Power: The Years of Lyndon Johnson took nearly a decade to write—and that means investment and risk.

A bit hyperbolic perhaps. It’s too soon to mourn the demise of non-fiction writing and publishing, no doubt. But it’s certainly not too soon to recognize how Amazon has reshaped the publishing industry, and how the move to digital might do so even more.

Although the purchase of textbooks at the K-12 level typically happens outside the world of retail, that doesn’t mean the impact of the Amazon-Hachette dispute won’t be felt by schools and libraries, particularly those who have adopted Kindles as e-reading devices. Indeed, many of these already experience the challenges (around licensing, for example) surrounding the move from physical to digital books.