The “quantified self movement” seeks to use technology to track and analyze personal data in order to glean insights about oneself. In this article, EML editor Audrey Watters writes about what, if anything, the “quantified self” might offer for learning. Can this movement help us frame discussions about learning analytics in such a way as to recognize learners’ own goals? Or does the move towards embracing a “quantified student” still foster the same sort of data fixations that education today already suffers from? 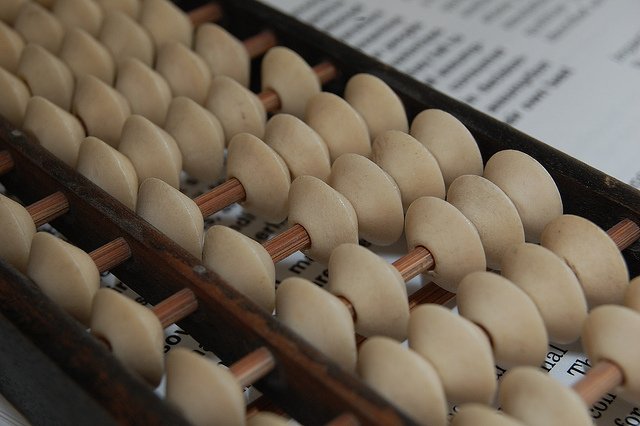 What is the Quantified Self Movement?

We’ve written about this again and again here at EML, but it bears repeating: thanks to our increasing use of computer technologies, we are generating massive amounts of data. Almost every time we search or click or buy or like or link online, data is being collected about our transactions. As such companies know a lot about us. The quantified self movement contends that a similar sort of process can be undertaken by the individual — collecting and leveraging data in order to know more about ourselves.

Although tracking one’s personal habits with technology is hardly new — think of the diabetic’s use of technology to measure blood sugar levels, for example — the phrase “quantified self movement” was coined in 2007, a reflection of the growing number of small sensors, mobile phones, and applications that individuals could more easily access and adopt.

The quantified self movement claims to be focused on learning about the self, although much of its emphasis (as with many of its early adopters) has been focused on health and workplace productivity, and less on what we traditionally associate with “education.” Typically, the quantified self movement frames this process of self-discovery as directed towards something actionable – losing weight, training for a marathon, cutting carbs, avoiding migraine headaches, writing a novel, and so on.

The 2014 Horizon Report for Higher Education posits that the quantified self movement is one of the trends on the 4 to 5 year horizon:

With the growing use of mobile apps and wearable technology, individuals are creating an exponentially increasing amount of data. The quantified self movement is breaking ground by integrating these data streams in interesting ways. Self quantifiers, for example, can create healthier living plans after monitoring their sleep, exercise, diet, and other important patterns. The new mobile app Whistle even enables people to do the same for their dogs. It is imaginable that if test scores and reading habits gleaned from learning analytics could be combined with other lifestyle tracking information, these large data sets could reveal how environmental changes improve learning outcomes.

But the question of how the quantified self relates to learning is still actually an open question. Ideally, the answer is dictated by what the individual — what someone wants to know, to track, or to learn.

You could track what you read, for example. Think of all that your Amazon Kindle knows about your reading habits: what you read, when you read, how much you read, where you stop, what you highlight, what you annotate. Or you could track what you write: how many words, how many pages, when you write, how much gets scrapped or tweaked, which verbs or adjectives you tend to overuse, how your phrasing falls into certain patterns (for better or for worse). You could also track your personal learning network: who you follow, what you say, whose links you tend to click on and actually read, who you ask for help and how quick they are to respond.

Of course, none of these necessarily mean you’re learning.

So We’re All Quantified…Now What?

After you’ve collected your data and quantified your actions, then what? Typically you visualize and/or analyze it. The idea is to actually be able to do something with what you discover – diagnose, moderate, modulate, improve, act.

The quantified self movement does put the data collection and the analysis into the hands of the individual. That certainly runs counter to the way in which data collection and analysis typically works in schools: schools — and more accurately, the software applications they utilize — collect the data. Schools decide the goals. Schools — or again, the software — run the analysis.

It is possible that framing this in terms of the student-as-quantified-self could mean that an individual learner would have better control over their own data collection, goals, and analysis.

Do We Even Want “Quantified Learners”?

But how will learners know what to track?

But how will learners know what to track? Would learners, as quantified students, track new things in new ways? In other words, would this actually be transformational? Or would they simply reinscribe traditional school goals through traditional measurements — tracking grades, for example, tracking assignments, tracking time spent doing homework.

While the quantified self movement has been incredibly empowering for some people who wanted to gain better control over their health, it’s not clear that it’s a model that can be neatly transferred to education. Is there the same sort of understanding about what matters to our intellectual health as what matters to our physical health? Do we know what to track in order to aid, to diagnose, to maximize our own learning?

Of course, you could just take a page from Stephen Wolfram or Gordon Bell and just track everything, creating a repository of all of one’s digital assets and metadata. If nothing else, that might work in the service of boosting your analytical skills.

And arguably — this is the promise of the quantified self movement — the process of collecting and analyzing itself would lead to discovery about one’s own learning. It’s not necessary for us to have the right questions (or the right answers) ahead of time.

Are we already too fixated on what’s “quantifiable” in education?

Nevertheless, my concerns — and maybe “concern” is too strong a word — about the combination of quantified self and learning involve the former’s fixation on transactional data. I worry that there’s already too much focus on the easily quantifiable but in the end meaningless signals we create, something perhaps exacerbated now by technology.

There are a lot of obvious numbers in our day-to-day lives — what we read, where we click, what we like, how much time we spend studying, who we talk to and ask for help. But in some ways, this is the “administrivia” of education. We’re already incredibly focused on “data” — on the things we can quantify (mostly via standardized testing). Has quantification really helped us uncover, let alone diagnose or augment learning? Would giving learners better control over their data help do this?

Or is a move towards the quantified student, even if it’s framed as the quantified self, just a rebranding of a trend that focuses on simple technological solutionism rather than on the more difficult questions surrounding our own learning — questions that are never so easily measurable?