How do we build upon the successes of a particular school or program? How do we expand elsewhere “what works” in one school? Are some successes simply one-of-a-kind — too unique, too specialized, too localized to work in other places? These are questions that Chris Lehmann, the principal of the award-winning Philadelphia high school Science Leadership Academy, hears a lot: “Can SLA scale?” Is it possible to replicate a school like SLA elsewhere? What would that look like? In this article, Chris discusses the recent expansion of SLA to a second school and asks if “scale” is really the right framework for discussions about building and growing successful education systems. 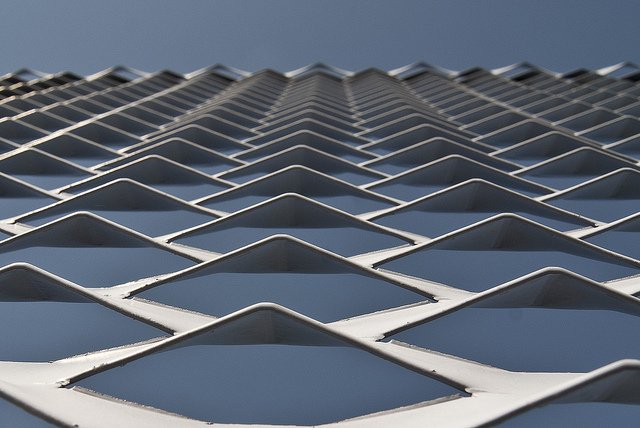 We have learned things in the last eight years that have taught us a great deal about how to build healthy systems and structures that have enabled us to grow as a community together.

At Science Leadership Academy, we have that heard question for several years. We opened in 2006 with an inquiry-driven, project based approach.

None of us at SLA saw our work as creating a “scalable model.” The school had a shared vision for what we believed the school could be, but the work of building the school was deeply dependent on the people who came together to grow the school, year by year. In this respect, we were very much like many progressive schools that have been heavily influenced by the Coalition of Essential Schools.

In addition, we borrowed from many other progressive schools in building a four-year Advisory program – heavily influenced by the philosophical work of Nel Noddings, and structured using The Advisory Guide by Carol Leiber as a core text. This created the space in the school where every teacher saw their job as teaching more than their content, but truly teaching their students.

But, in other ways, we have learned things in the last eight years that have taught us a great deal about how to build healthy systems and structures that have enabled us to grow as a community together. We’ve learned that creating a language and a structure of teaching and learning, with clear ways for teachers and students to learn that language to learn together.

We have learned that using tools like our five core values – inquiry, research, collaboration, presentation and reflection – as the foundation of all units in all classes gives us a common language of inputs that form a backbone way to think about the iterative process of learning. We have learned that using “Understanding By Design” as a common unit planning tool gives us a language for talking about the pathways of learning that is invaluable for when we come together as educators to collaborate on curriculum design. And by having a common rubric across all disciplines, we create a language of assessment that means that students have a common framework for thinking about their work, regardless of subject matter. When this is combined with other tools – such as subject-specific standards that build and grow across four years, a focus on reading across the curriculum (with Subjects Matter by Harvey Daniels as a core text)  and grade-level themes and essential questions that allow classes to becomes lenses through which we attack “big ideas” – suddenly there is something that certainly looks like a model of teaching and learning that could, for lack of a better word, scale.

So what of the question, “Does it scale?” Are we at a point where we can answer that question? I suppose, on one level, we are. After several years of seeing so many more families wanting their kids to attend SLA than we could possibly accommodate, we made the choice to open our second campus.

With that in mind, we started a non-profit called Inquiry Schools, and under its auspice, opened Science Leadership Academy @ Beeber last year. Our second campus is five miles from our first campus, and it opened – as we did – with a ninth grade and will be growing a grade a year as we did with our first campus. The school is using the same curricular framework, the same advisory, even the same weekly course schedule. There are some differences in course sequence – we decided to do Physics first at SLA@Beeber as opposed to leading with a two year integrated Bio-Chemistry course, for example – but in many, if not most, respects, it is very much a second campus of what we first attempted eight years ago. When they have a full campus of 500 students, my guess is that SLA@Beeber will feel a lot like SLA-Center City, only different. And that’s probably what we are aiming for.

This isn’t about a franchising or replication of “the SLA model.” This is about frameworks and systems more than replication.

Because on one level, this isn’t about a franchising or replication of “the SLA model.” This is about frameworks and systems more than replication. If we are to improve education, we cannot expect every single school to figure out how to do this well on their own. Starting SLA was an exhausting process where we felt like we were in new territory every day for the first four years. And while starting a new school is exhausting, even if a team of educators is working within a learned framework, I would hope that the lessons we have learned – often painfully – would serve to make it easier for a new campus. The goal is to learn from the mistakes others have made so that a new group of educators and students can make new and more interesting mistakes.

So does it scale? Kind of. Systems scale. Ideas scale. Concepts scale. But people don’t scale. So yes, eight years of thoughtfully building a coherent school teaches you something about what does and doesn’t work within an inquiry-driven, project-based model, and if we hadn’t learned anything about how to do it well, we probably shouldn’t have any business opening a second campus. But systems and ideas and concepts are also deeply influenced by where they are implemented and who is implementing them. Just like at Science Leadership Academy – Center City, the systems and structures are meaningless until the people breathe life into them. The people who actually will do the work – the educators and students of SLA@Beeber – have to make the systems and structures their own for the school to be a success.

Frameworks matter, and where we can scale up systems and structures so that good people of honest intent can do amazing things together, we need to do so. There is no reason to reinvent the wheel in every school. But we also need to remember that there is a powerful difference between common systems and structures and standardization. The first helps good people work together to build a vision of school, the second assumes that we’ve solved all the problems and now just need to replicate the answers.

What we hope to do with Inquiry Schools is honor the first idea without ever falling into the trap of doing the second.