The Future of Education at MIT. Each week, Educating Modern Learners will pick one interesting current event – whether it’s news about education, technology, politics, business, science, or culture – and help put it in context for school leaders, explaining why the news matters and how it might affect teaching and learning (in the short or in the long run). This week (the week of August 4), Audrey Watters looks at a report from the Task Force on the Future of MIT Education. 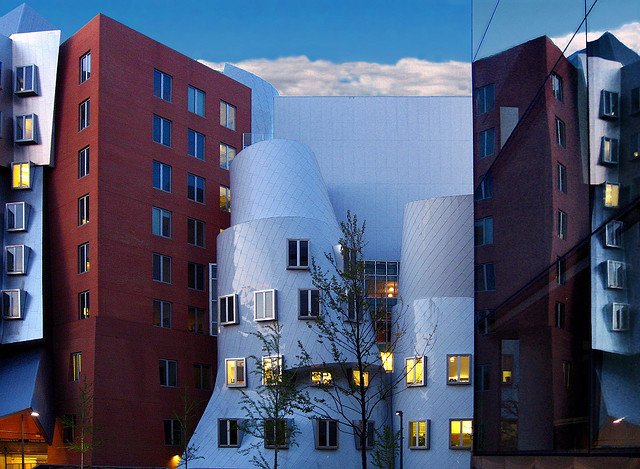 This week, MIT President Rafael Reif released a 213-page report from the “Institute-wide Task Force on the Future of MIT Education,” the result of an 18-month discussion on — as the name suggests — the future of education at MIT. The report offers 16 recommendations, aimed to maintain if not further the university’s reputation for being innovative.

Indeed, MIT is often credited with launching the open courseware movement when, in 2002, faculty agreed to put all of the educational materials from undergraduate- and graduate-level courses online — freely and openly available (and, importantly, openly licensed). MIT also partnered with Harvard in 2012 to found edX, a non-profit MOOC platform.

It’s clear that MOOCs — the hype and hope of open online education — have greatly influenced the MIT Task Force’s report. “MOOCs” are mentioned over 70 times in the report; edX, over 170 times. (For a background on MOOCs, see this “introduction” on EML.)

But MIT’s plans for the future aren’t simply about moving courseware online. As the report makes clear, the university is interested in thinking about pedagogy and not just content.

MIT has a long history of pedagogical boldness balanced with deep introspection. The Institute’s very existence is based on a grand and daring experiment in teaching. It is a hands-on, science- based, problem-focused engineering education that continues to define MIT’s educational model to this day. Founding President William Barton Rogers’ espousal of experimental and experiential learning in 1861 contrasted sharply with the tried and true method of rote memorization that had come to define a scientific education by the mid-19th century. This new brand of learning added context and utility to engineering learning. It also made the MIT model the global standard. This early experiential learning reflected the emerging constructivist theory of Jean Piaget, which argues that the interaction between experiences and ideas helps learners create their own knowledge. Renowned MIT professor Seymour Papert built on this theory to define constructionism, which expresses that people learn most effectively when building things and sharing them in communities. Regardless of the label, MIT’s commitment to hands-on learning is still evident today. In weighing the importance of MIT values and principles, faculty responding to a survey ranked hands-on experience second only to a commitment to excellence, and students ranked it as the most important.

Here are a few of the recommendations from the Task Force’s report.

The idea of modularity is an interesting one (perhaps one of the most interesting recommendations in the report), and it’s drawn in part from observations of how students use MOOCs and open courseware. That is, they do not tend to complete a class; they pick and choose the topics they need or want to study. (The report defines modularity as “breaking a subject into learning units or modules, which can be studied in sequence or separately.”)

The very notion of a ‘class’ may be outdated. This in many ways mirrors the preferences of students on campus. The unbundling of classes also reflects a larger trend in society—a number of other media offerings have become available in modules, whether it is a song from an album, an article in a newspaper, or a chapter from a textbook. Modularity also enables ‘just-in-time’ delivery of instruction, further enabling project-based learning on campus and for students worldwide.

Modularity could benefit students who struggle with a particular concept, and it could also enable students to piece together their own academic work to suit their needs. However, while modularity might work well in an online setting — where students can drop in and out of courses — it’s more difficult to imagine how modularity that would work in a residential scenario. Nevertheless both faculty and students at MIT seem interested in the idea.

In his letter that accompanies the report, President Reif writes that “that the rising cost of education, combined with the transformative potential of online teaching and learning technologies, presents a long-term challenge that no university can afford to ignore.” Are there similar or related challenges that K-12 schools can no longer afford to ignore? Are observations and recommendations for “the future of MIT” — which has, no doubt, a unique academic culture — applicable to other institutions?