The OECD, known best perhaps for its PISA tests, has just issued a report on “Measuring Innovation in Education.” The report ranks countries based on “innovation.” But what is “innovation”? How do you measure it? And where does a fixation on “innovation” take us? Is it necessarily progressive? EML editor Audrey Watters dives into the OECD report and asks about “what counts” as innovative pedagogy, policy, and technology. 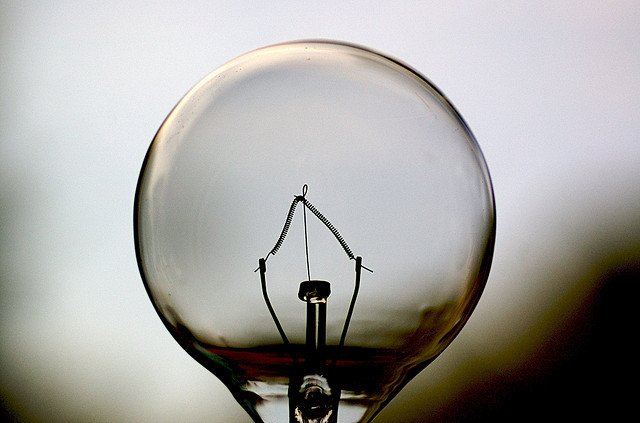 What is “innovation”? What do we mean by the term? Who uses it? And how? Where does this concept come from? Where is a fixation with “innovation” taking us? Does invoking the term “innovation” serve to describe practices? Or does it serve to shape practices?

As “innovation” becomes increasingly important in our discussions about the future of education, these questions all seem worth asking.

What is “innovation”? What do we mean by the term? Who uses it? And how?

That means that almost anything, particularly if it’s tied to technology or gestures towards the future, can be labeled an “innovation.” That technology piece is important, however. Indeed, right there, embedded in the Merriam Webster definition, is a nod to technology: “a new device.”

What kind of technology? Well, here are the dictionary’s examples of how the word might be used in a sentence:

These examples help illustrate that, in popular usage at least, the new ideas, methods, and devices that comprise “innovation” have to do with computers. They also concern labor issues, and they have to do with speed and efficiency. These examples highlight show how tightly bound “innovation” has become with technology and offer a hint perhaps as to why technologists are sometimes quick to conflate the adoption of new tools with the adoption of new ideas and practices. Technology counts as “innovation,” even when we use it to do the same old stuff.

Interestingly, the Merriam Webster dictionary definition of “innovation” leaves out the notion of “change.” Defined this way, innovation isn’t necessarily about transformation, and the direction of transformation isn’t important. “Innovation” is simply “a new thing.”

The Organization of Economic Cooperation and Development (OECD), known best in some education circles perhaps for its PISA tests, has just issued a report on “Measuring Innovation in Education.”

Do teachers innovate? Do they try different pedagogical approaches? Are practices within classrooms and educational organisations changing? And to what extent can change be linked to improvements? A measurement agenda is essential to an innovation and improvement strategy in education. Measuring Innovation in Education offers new perspectives on addressing the need for such measurement. [emphasis mine]

And here’s how countries rank — ah, the element of international competition — in terms of “innovation”:

In the US, below-average performance on OECD rankings prompts hand-wringing headlines like “Report Finds U.S. Schools Rank Below Average in Innovation”  and “Not Just the PISA: OECD Says U.S. Schools Also Behind on ‘Innovation’” — often used to confirm an education reform narrative that schools simply “good enough,” and in this case, aren’t as “innovative” as the business sector and need to become more like the latter.

“Contrary to common belief, there is a fair level of innovation in the education sector” — OECD

But the findings of the OECD report do suggest otherwise. According to the executive summary (PDF), “Contrary to common belief, there is a fair level of innovation in the education sector, both relative to other sectors of society and in absolute terms. 70% of graduates employed in the education sector consider their establishments as highly innovative, on par with the economy average (69%).” One issue, according to the report, is the speed of adoption of innovative practices — this is where education falls slightly below average when compared to other sectors of the economy (The report notes a difference between higher ed and primary and secondary schools. It contends that the former adopts innovations at an above average rate, while the latter two lag behind.)

Wait, How Do You Measure Innovation?

Despite the attempts to measure it, innovation is never really clearly or consistently defined in the OECD report (raising plenty of questions about the conclusions and the rankings). But here’s one sentence that comes close to a definition, or at least a guide of what to look for: “In education, innovation can take place through either significant changes in the use of a particular educational practice or the emergence of new practices in an educational system.” [emphasis mine] That is, “innovation” means changing practices — organizationally and pedagogically.

But, again, change to what end? The interest, says the OECD, is in locating “improvement strategies” in education.

“Innovation,” according to the OECD, is linked to performance on international test scores.

So how, in turn, do you define improvement?

“Innovation,” according to the OECD, is linked to test scores.

Indeed, the United State’s top organizational innovations, according to the OECD:

Compare this to Korea’s organizational innovations (the country is ranked number 3 in the OECD report):

Although the Merriam Webster dictionary definition I cited at the top of this article would suggest that “innovation” tends to involve technology, many of the innovations listed here do not. The Washington Post’s Valerie Strauss contends in her response to the OECD report that none of the “innovations” in the report involve the use of computers in the classroom (although arguably assessment and data-tracking are increasingly likely to be mediated by technology). That’s not quite accurate.

The Russian Federation (which ranks fifth on this list) is credited with “more use of computers as reference resources.” (But it is also credited with the innovation of “More use of textbooks as primary resources in secondary science classrooms” — just one example of how some of these “innovations” are hard to reconcile.) The Russian Federation “also saw large gains in the proportion of primary and secondary students with access to the Internet in the classroom. Between 2003 and 2011, the percentage of 8th grade mathematics and science students with Internet access in their classroom rose by 33% points and 36% points, respectively, the largest gains in this metric for any educational system included in this report.” Similarly, The Netherlands (ranked number 4) is credited with more computer and Internet access at the primary level.

Is This the “Innovation” We’re Looking for?

So students in Russian Federation and The Netherlands have more computer access. But how are computers being used?  Simply to “look up references”? Or to do something transformational?

Contrast the OECD report with the recent EML Masterclass on “Creating an Innovative Culture for Learning”  featuring a conversation with Esme Capp, the principal of Princes Hill Primary School.

Capp notes that her school has an “ever evolving shared vision for the school” — and the emphasis on a change could easily be seen as valuing innovation. But it’s not simply about change-for-the-sake-of-change, and it’s not simply about change-for-the-sake-of-test-scores. And it’s a “shared vision,” not a definition of “innovation” imposed from the outside.

Capp describes some of her school’s principles:

We ended up with five different principles of learning which really drive the thinking of what’s happening within the school. They center around that children learn through engagement in social context, be it cultural context at home, their peers, all sorts of clubs, all sorts of engagement. That children learn through multiple forms of expression, not just literacy and numeracy but have multiple ways to engage within the world.

That they learn through active participation and through complexity, engaging in meaningful, complex projects and ideas where they make connections to their every day world. That children develop motives to engage but that motive isn’t really totally intrinsic, that the motive can be developed through provocations, through questioning, through engagement within the environments, and that children learn through the unity of emotion and intellect.

The culture fostered by the school community at Princes Hill Primary School can easily be described as “innovative.” Moreover, it’s “progressive” and it’s student-centered. Those are values that the OECD report doesn’t measure and doesn’t “count.”

So we come full circle again:  What is “innovation”? What do we mean by the term? Who uses it? And how? Where does this concept come from? Where is a fixation with “innovation” taking us? Does invoking the term “innovation” serve to describe practices? Or does it serve to shape practices?

And to what end?