We hear it a lot in the media: there is a “skills gap.” There are not enough workers with the right skills to fill jobs, particularly STEM-related ones. And the prediction: the future will be even more dire. The finger is often pointed at schools — both K-12 and higher education — as failing to train students adequately. In this article Emory University PhD candidate Tressie McMillan Cottom asks if there really is a “skills gap” and explores what we know (and don’t know) about the future job market. How will this shape what we teach? 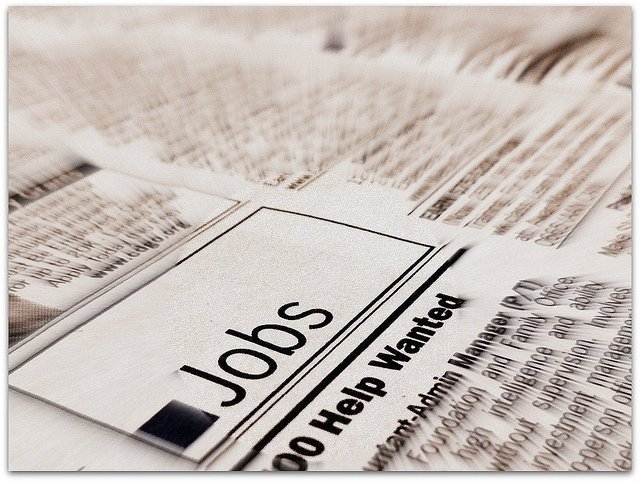 Rarely is a public sentiment about any social issue as uniform as is the prevailing belief that schools and educators are not doing enough to prepare students for the real world. Of course, the “real world” is usually a nod to “good jobs” rather than good citizens or good people. In this context, the “skills gap” narrative reigns supreme. Again and again President Obama has reiterated that all workers should expect to invest in some post-secondary training to qualify for 21st century jobs.

The focus is on “some college education” but it is a commentary on all of education, K-16. Being “college ready” is the job of secondary schools and being ready for high school work is the job of middle schools and so on down the line. The skills gap narrative is an indictment of all U.S. education.

The skills gap narrative is an indictment of all U.S. education.

What about the skills gap is rhetoric and what about it is reality?

The call for more knowledge workers assumes a fast growing, understaffed labor market that just cannot find the workers it needs. But there is no consensus that the skills gap exists. At least, the skills gap doesn’t exist the way it is being sold. For sure, there are unfilled jobs in our economy. Many of them are in skilled trades like manufacturing and health sciences. But, an unfilled job is only evidence of a job for which no one has been hired and not of unqualified workers. If the problem was about unqualified workers then workers with sought after skills would be benefitting for serious competition for their affections through rising wages and benefits.

There isn’t a skills gap so much as there is a hiring gap.

Instead, study after study shows that wages are relatively flat, even in industries and occupations deemed “highly skilled”. Employers aren’t competing for the relatively few skilled workers. Increasing the pool of workers with those skills is unlikely to increase competition for them.  This is true even in STEM careers, which are so often promised to save us.

Researchers caution that there isn’t a singular STEM economy. There are different sectors, jobs, and disciplines that can be loosely defined as STEM-related. But within them, STEM graduates find trends similar to those experienced by the rest of the economy: stagnant wages, stiff competition for a limited pool of jobs, and little corporate interest in training or developing workers. STEM grads may be better off than someone with no degree or a degree in a different discipline but that’s not true across the board. And, there’s evidence that the higher starting salaries of STEM grads taper off as those with more broad based degrees continue on an upward trajectory. The take-away here is that there isn’t a skills gap so much as there is a hiring gap and not even STEM jobs can fix that problem.

Despite this empirical reality, the idea of competitive skills gaps has exerted pressure on colleges to demand that incoming students be more “college ready”. This is especially true in fields like science, technology and math but its also true in social sciences and humanities. Across the board, colleges say they can do more to produce highly skilled graduates if K-12 schools gave them more and better raw material to work with. We’ve seen partnerships between colleges and high schools operating under this idea of increasing college readiness.

Students are being asked to commit to occupational paths ever earlier in their educations. They have to know what they want to be when they grow up so that they can take the right advancement placement exams, accelerated courses, and even enroll for college credit while still earning their high school diplomas. The effect is a narrowing of K-12 curriculum to train workers for jobs that no one can prove exist in numbers significant enough to absorb the workers that already exist, much less the next generation entering the labor market.

All of this is not to say that skills don’t matter, but it is an anecdote to the status race for a delimited set of skills. All students should have access to a range of intellectual pursuits that challenge, excite and expose them to different questions, problems, and ways of solving them. That is not the exclusive domain of STEM. Arts, literature, and physical education are critical parts of the learning of endeavor. But, the skills gap exerts political pressure on schools to excise holistic curriculums for “tried and true” curriculum that is anything but.

That’s the not-so-good news. The good news is an uncertain future need not be a reason to shrink education but to expand it. Uncertainty is best navigated by well-rounded thinkers who can identify problems and patterns, actively retrieve information to make informed guesses of how to respond, and who can adjust as circumstances change. And if our current education and labor conditions suggest anything it is that change is inevitable.

We can educate for possibilities instead of careers.

No one can forecast the jobs of the 21st century. Every serious researcher acknowledges that prognostication is rife with unforeseen possibilities. But, we can educate for possibilities instead of careers.

It is easier said than done in our current fiscal and political environment. But that is not the same as impossible. Education leaders benefit when they have empirically-sound narratives to counter prevailing characterizations of education as unsuited for our new century. The research arm of the American Federation of Teachers, for example, produces research and executive briefs that stay on top of rapidly-changing conditions. They make it easy for leaders to separate the wheat from the chafe in amidst a deluge of information, much of it aimed at disrupting schools rather than serving all students well.

How can we produce these kind of research models at every level of education, across a decentralized system of states, sectors, and schools? That is a challenge worth taking up. While we’re at it, let’s demand that partnerships deal critically and forthrightly with the pink poverty elephant in the room. Well-rounded education requires well-funded schools committed to life course returns and not yearly test scores.