“Leadership is a choice. It’s the choice not to do nothing.” ~Seth Godin, Tribes

There are many others I’m sure, but two particular articles published in the last couple of weeks ought to have educational leaders thinking deeply about their work.

The first is an essay in Wired magazine by Harvard Professor David Edwards who pulls no rhetorical punches when he writes “The crisis in American education may be more than a matter of sliding rankings on world educational performance scales. Our kids learn within a system of education devised for a world that increasingly does not exist.” Edwards argues, compellingly I think, that the idea that we “learn” in the school system and then, at some predetermined point, we go out and “do” in the world maps less and less effectively with how the real world operates.

Instead, now we “do” to “learn.” We’re quickly moving from delivery to discovery when it comes to learning outside of schools, and our children are increasingly impatient with the status quo. They’re also bored by the status quo, in case you haven’t noticed.

Adding to that is columnist Nicholas Kristoff in the New York Times a couple of days ago. “In effect, the United States has become 19th-century Britain: We provide superb education for elites, but we falter at mass education,” he writes. “Fixing the education system is the civil rights challenge of our era.” 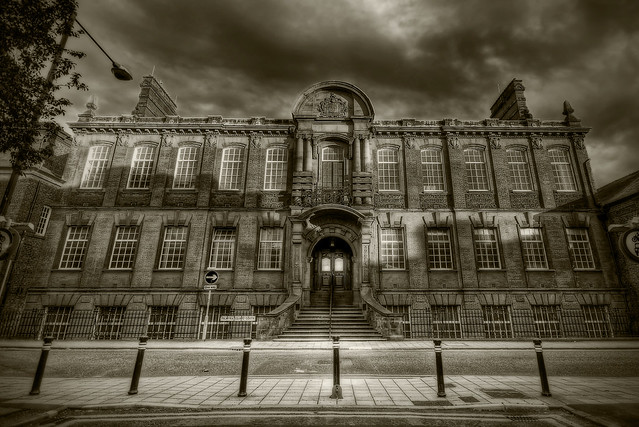 Whether you believe, as we here at EML do, that the current systems and practices that currently define education are increasingly irrelevant to the modern world, or whether you believe that they are increasingly unfair and inequitable, (we believe that, too, btw) the arguments for either standing pat or pursuing incrementalism in the hopes of becoming “better” are quickly losing their strength. Our systems and practices are breaking or have broken in more ways than one. Don’t believe me?

No one is arguing that a radical restructuring of the system is at hand, but more and more are starting to acknowledge that it is required. How much of what we do is steeped in our own nostalgia for the ways we ourselves experienced school? How much is done in deference to parents and policy makers who may have good intentions but aren’t versed in learning theory or effective pedagogy? How many of our current beliefs about schooling and education are based on a worldview that is quickly dissapating? And, most importantly, how willing are we to challenge those long-held assumptions?

How willing are you?

It’s easier to do nothing, to “manage.” But to lead now, especially in the education sense, means being willing to push forward into a largely unknowable and increasingly unpredictable future that our students will encounter. As Edwards writes, “Being dumb in the existing educational system is bad enough. Failing to create a new way of learning adapted to contemporary circumstances might be a national disaster.” No pressure.

So, without sounding clichéd, if not now, when? Waiting for parents or legislators to begin to demand truly new conversations around education at some point is the future is the choice to do nothing today.