Changes to the Twitter Timeline. Each week, Educating Modern Learners will pick one interesting current event – whether it’s news about education, technology, politics, business, science, or culture – and help put it in context for school leaders, explaining why the news matters and how it might affect teaching and learning (in the short or in the long run). This week (the week of October 20), Audrey Watters looks at Twitter’s announcement that it’s experimenting with users’ timelines, changing what is shown there. 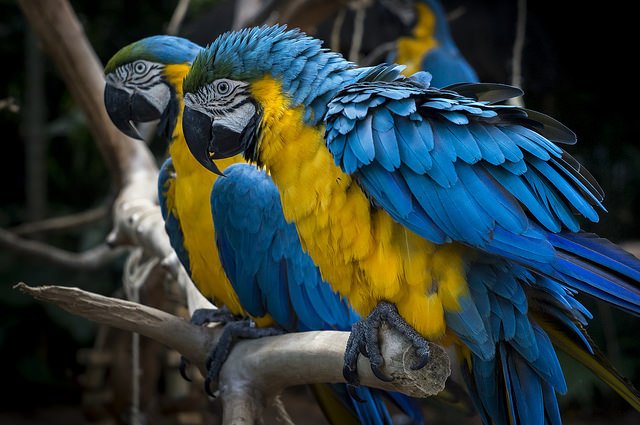 One of the features that has made Twitter unique — and arguably, quite appealing — is its timeline, a feed of updates that stream past you in real-time. Unlike the Facebook News Feed, for example, which frustratingly only shows a small number of the updates from your friends often in non-chronological order, there’s a sense that on Twitter that you have control over what that feed looks like: that is, you only see the updates from those who you choose to follow.

Or at least, that was how Twitter used to work.

First came retweets — an innovation first created by a user, in fact, not the company — which Twitter later formalized as an official feature, allowing users to “forward” if you will, a message to all their followers.  Then came ads. For several years now, Twitter has offered users (businesses mostly) the ability to buy “promoted tweets” (although these still don’t show up in all Twitter clients).

And this week, the company announced that it’s making another change to users’ timelines, inserting tweets from accounts that users may not follow.

…There are times when you might miss out on Tweets we think you’d enjoy. To help you keep up with what’s happening, we’ve been testing ways to include these Tweets in your timeline — ones we think you’ll find interesting or entertaining.

For example, we recently ran experiments that showed different types of content in your timeline: recommended Tweets, accounts and topics. Testing indicated that most people enjoy seeing Tweets from accounts they may not follow, based on signals such as activity from accounts you do follow, the popularity of the Tweets, and how people in your network interact with them. These experiments now inform the timeline you see today.

That is, Twitter will now display tweets based on an algorithm, not simply because they’re part of the real-time, unaltered stream. If you “favorite” a tweet, it could now appear in one of your followers’ timelines, as if it you had retweeted it.

That’s a problem, writes sociologist Zeynep Tufekci, because the favorite was an important social signal. It isn’t necessarily a signal of a “like,” as on Facebook, either. (Personally, I often use the favorite to bookmark items, as tweets with links that I favorite are automatically stored in the bookmarking service I use. It doesn’t mean that I like the link at all.) Tufekci argues that,

The problem with this course of action is not that it doesn’t generate engagement, but that it violates the social expectation of the favoriter, who did not intend to broadcast this act, and steps over the social signal function of favorite, which for many has come to mean: “I’ve seen this [and appreciate it] but am choosing NOT to broadcast this to everyone but only conveying it to you.” It has other uses as well, (in fact, a researcher found 25 functions) but Twitter’s favorite is widely used by many as the opposite of Twitter’s broadcast, the retweet, as an individualized and quiet signal as the “notification” tab will show it to the user whose tweet was favorited, but will not broadcast it to all followers.

If Twitter goes ahead with making public some favorites, at once, it will kill a useful social signal in a system whose main drawback is lack of social signaling affordances and will also violate visibility expectations, which Google Buzz and Facebook famously got in trouble for.

Those are both incredibly important points. Sure, Twitter is public, but there is an expectation that the favorite is not broadcast; it’s a quieter signal, seen only by the person who tweeted and the person mentioned in the tweet. And sure too, Twitter is social. But it’s been suffering lately, according to many users, from becoming a bit antisocial; some argue that the platform is becoming a less friendly and welcoming place, in part, one could argue, because the company doesn’t think through the social implications of the sorts of technical changes that it makes.

The changes to Twitter, according to the company’s blog post, are meant to enhance “engagement.” What does that word mean to a tech company. Clicks? Time spent on site? What does engagement mean qualitatively, not just quantitatively? The word “engagement” is used a lot in education and ed-tech too, so it’s worth asking in turn about the metrics that matter there. Do they matter? Do they signal something useful? And if not — or if not really — then what does it mean if companies are so focused on tweaking algorithms to elicit more “engagement”? What’s gained and what’s lost along the way?