A Free College Degree for Starbucks Employees? Each week, Educating Modern Learners will pick one interesting current event – whether it’s news about education, technology, politics, business, science, or culture – and help put it in context for school leaders, explaining why the news matters and how it might affect teaching and learning (in the short or in the long run). We’re not always going to pick the biggest headline of the week to discuss; the application to education might not be immediately apparent. But hopefully we can provide a unique lens through which to look at news stories and to consider how our world is changing (and how schools need to change as well). This week (the week of June 16), Audrey Watters looks at the joint announcement between Arizona State University and Starbucks about an online degree program for the latter’s employees. 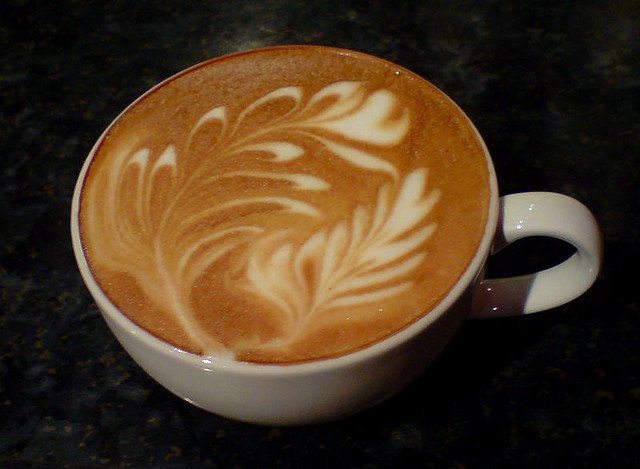 The news of a Starbucks / Arizona State University deal was released Sunday night to great fanfare about the promise of “free college tuition.” According to initial reports, employees of Starbucks would be eligible for free tuition via ASU’s online degree program. From Politico’s take on the joint announcement:

Starbucks soon will be helping college kids with more than pulling all-nighters.

The company best known for its pricey java chip frappuccinos said Sunday it will pay a huge chunk of college tuition for its baristas and the rest of its 135,000 U.S. employees through a new partnership with Arizona State University.

Many companies reimburse students for a portion of the undergraduate or graduate school tuition, but fewer go this far — and the coffee chain won’t require employees who use the benefit to continue working at one of its 8,000 stores past graduation.

It’s certainly not unheard of for major corporations to offer tuition support and/or reimbursement to employees (although it’s probably becoming increasingly rare). But Starbucks’ commitment was heralded nonetheless, particularly as just 25% of its workforce have college degrees, and 70% are currently students.

But a closer look at the fine print revealed something else. As Melissa Byrne put it, “Don’t Drink Starbucks Free College PR Stunt.”

The Chronicle of Higher Education offered some clarifications on the deal that makes it sound a lot less appealing to Starbucks employees:

Last week a Starbucks spokeswoman said that the Starbucks College Achievement Plan would be available only to company employees who enrolled full time and said that was because such students were more likely to complete their degrees, which is a goal of the program. But on Monday that same spokeswoman, Laurel Harper, said Starbucks employees could take advantage of the program whether they attended full time or part time. She said she had given the earlier information in error.

Starbucks also had said that the program would include an upfront “partial tuition scholarship,” thanks to an “investment” from Starbucks and ASU. Ms. Harper on Monday said she was “not able to disclose the specifics of the financial arrangement” of that investment.

But according to Arizona State’s president, Michael M. Crow, “none” of the funding for the upfront scholarships is coming from Starbucks. It’s coming from ASU.

The university said that, for each third- or fourth-year student, it would provide College Achievement Plan scholarships of $2,420 per semester, based on a student enrolled for 12 credits. Prices vary for ASU Online’s degree programs, but that CAP scholarship would cover about 40 percent of the cost of several of the lower-priced programs. Depending on their financial need, students could also be eligible for need-based university grants of up to $1,000 per semester, plus Pell Grants and other government student aid.

Under that example, high-need students would incur out-of-pocket costs of only about $500. Those with no need would have out-of-pocket costs of about $3,500. That’s where the Starbucks contribution kicks in. The company said it would reimburse third- and fourth-year students for their out-of-pocket tuition costs. The upperclassmen would become eligible for the reimbursement, provided to them on their paychecks, each time they completed 21 credits.

In other words, it’s not “free tuition.” It’s a reimbursement program. And the discounted tuition rates are subsidized by Arizona State University, which it can afford to do, its president says “because the university generates surpluses from the higher tuition it charges to students coming from out of state and overseas, and because ASU Online’s prices also allow it to generate an operating profit margin.” While the ASU Online courses are taught by university professors, it’s worth noting that the “technical and administrative work that goes into managing ASU Online has been handed over to a private company, Pearson.”

The new partnership replaces an older employee benefit that allowed Starbucks workers to receive a (partial) tuition reimbursement for attending the college of their choice.

University of Wisconsin-Madison education professor Sara Goldrick-Rab argues that “these two businesses have gotten together and created a monopoly on college ventures for Starbucks employees.” She also points to recent research that has suggested low-income students struggle with online-only classes. “Those are precisely the people, said Goldrick-Rab, who are mostly likely to enroll in ASU Online through the Starbucks program.”

The Starbucks/ASU deal wasn’t the only corporate/online education news this week. The MOOC startup Udacity unveiled “nanodegrees” in partnership with AT&T (and eventually other companies) that offer “compact, flexible, and job-focused credentials that are stackable throughout your career.”

It’s worth asking, particularly in light of the two articles on EML this week about the future of higher education and the myth of the “skills gap,” who is poised to benefit from this corporate-sponsored education. Students? Schools? Employees? Employers? The public at large?