In a previous EML article on homelessness, we asked “What does progressive education look like in an age of economic precarity?” To expand on that question: what does it look like in the most fragile of situations? What does education look like among the world’s almost 17 million refugees? How can technology make a difference in their education (and can it)? This isn’t simply a question for refugee camps to address either: how will the growing global population of asylum-seekers and displaced people impact schools and communities? 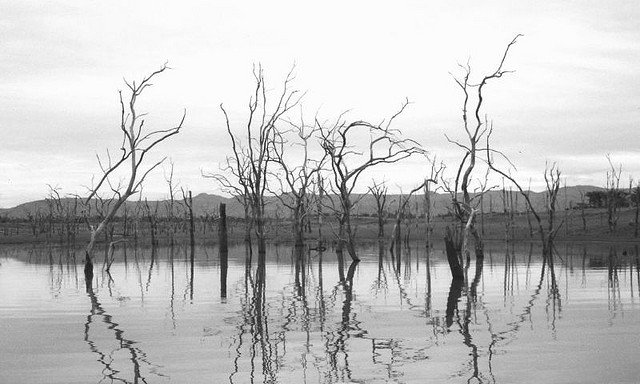 There are over 50 million refugees, asylum-seekers and internally displaced people worldwide. Half those refugees are children.

The number is up 6 million from the previous year, in part because of ongoing conflicts in Syria, the Central African Republic, and South Sudan.

The UNHCR puts the number of refugees at 16.7 million people worldwide (a figure that it admits is very difficult to calculate). 11.7 million of those refugees fall under its mandate; the other 5 million refugees are Palestinians registered with the United Nations Relief and Works Agency (UNRWA).

It is the highest number of refugees that the agency has seen in over a decade.

Half of these refugees are children.

The UNHCR writes that

“In the midst of conflict, education is often seen as a luxury for refugees or internally displaced people who are also struggling to find food, aid and shelter. But education is a basic right, one that is vital in restoring hope and dignity to people driven from their homes. It helps them to get back on their feet and build a better future.

It is the refugees with an education, above all, who provide leadership during displacement and in rebuilding communities recovering from conflict. The future security of individuals and societies is inextricably connected to the transferable skills, knowledge and capacities that are developed through education.”

Education is a basic right.

Again, the actual numbers are hard to track, but the UN estimates about a third of refugee children are in UNHCR-supported schools — perhaps 40% attend some kind of school. About 40% of refugee girls attend school.

The challenges that face efforts to offer refugee education are immense: almost all aspects of healthy child development — emotional, physical, mental — are gravely threatened by refugee situations (and of course the situations that led up the displacement).

But as the UNHCR points out, “Restoration of schooling brings the widely recognized benefits of schooling as such, including its contribution to productivity and economic development. It can contribute to social stability through engaging young people in sustained constructive activity. There are also long-term implications for social cohesion.”

The organization’s guidelines emphasize that schooling should be both “community-based” and “capacity-building.” It should involve support for training teachers and training community members to manage schools. Many relief agencies encourage “education for repatriation,” meaning that students are prepared to re-enter schools in their home origins. Some students are taught in their own language and with curriculum that suits their particular beliefs and that matches what they would otherwise be learning; but depending on their chances for repatriation, they are taught the language of the country they reside in as well.

A refugee camp is probably not the first place one would associate with computers, let alone Internet access. The emphasis on meeting refugees’ basic needs tends to draw attention away from supporting activities that are often out-of-teach financially, technologically, practically.

Nevertheless computer access is becoming something that is increasingly central to full participation politically and economically; and some refugee camps are offering their versions of the “Internet café” to provide access to information and sometimes even to employment. Computers are increasingly showing up in camps for education and job training purposes — education, that is, both about computers and via computers.

One NGO, for example, is using the cheap Raspberry Pi microcomputers in the Syrian refugee camps in Lebanon. The Raspberry Pis are small, lightweight and inexpensive credit-card-sized computers. With this program, the computers are loaded with a “core curriculum,” but they also contain the popular programming language Scratch so students can build games and animations.

And Coursera recently boasted that one of its MOOCs was offered via a learning hub in Dadaab, the world’s largest refugee camp, located on the border of Somalia. (There are over 340,000 refugees in the camp.) Two adult members at the refugee camp were able to successfully complete the “Foundations of Teaching and Learning” course.

But as Barbara Moser-Mercer, professor in the Interpreting Department at the University of Geneva and on-the-ground facilitator for the men’s participation in the MOOCs, points out in a video interview, this took a lot of effort and coordination. She had to obtain Coursera’s permission to put the video lectures and quizzes on a USB stick, for example. And Coursera requires that students who want certification work with webcams always on; that’s a challenge with spotty Internet connectivity, but that certification was a key draw for both students in terms of their future job opportunities. And so Moser-Mercer devised a work-around.

In other words, the success didn’t come from simply piping in online coursework to a refugee camp; it meant adapting technologies and translating content and having a strong advocate who could offer leadership and leverage local and international resources.

The Dangers of “Technological Solutionism”

In his book To Save Everything, Click Here, Evgeny Morozov cautions against what he describes as “technological solutionism,” a tendency he ascribes to Silicon Valley in particular to ignore the deep, structural causes of problems and to instead look to quick technological fixes.

“Recasting all complex social situations either as neatly defined problems with definite, computable solutions or as transparent and self-evident processes that can be easily optimized—if only the right algorithms are in place!—this quest is likely to have unexpected consequences that could eventually cause more damage than the problems they seek to address.”

Take, for example, the push for everyone to “learn to code” as framed by many within the tech industry. Out of work? Learn to code. Homeless? Learn to code. Education technologies, framed this way, are poised to “cure” all societies’ problems.

Such claims are at best naive, and at worst dangerously paternalistic (and Morozov argues, even anti-democratic). And while some technology organizations have made sweeping claims they are “democratizing education,” it isn’t remotely that simple.

Of course new technologies do change how information can be accessed, but we cannot confuse access to information with access to education.

Furthermore despite the phenomenal growth of mobile technologies throughout the world, oftentimes Internet access is still painfully slow if available at all.  In response, organizations like Khan Academy have worked to make their content available to communities that do not have sufficient Internet access. Volunteers have worked to translate these materials into multiple languages and to adapt them to local needs and constraints. (This is, of course, one of the great benefits of using free and openly-licensed materials like Khan Academy. You can download, adapt, and remix without permission.)

Teaching and Learning in the Midst of Crisis

There are many lessons here, and as Melinda Anderson’s recent article on homeless students argues, these crisis situations — at home or around the globe — are something that we need to address when we talk about “the future of education.”

What does teaching and learning look like for children — for communities — in crisis? How do we identify and support leaders from within these communities?

How do we ensure that learners’ basic needs are met? How do we build schools and communities that not only address “educational outcomes” but that support students in all aspects of their lives?