Duolingo takes on the TOEFL. Each week, Educating Modern Learners will pick one interesting current event – whether it’s news about education, technology, politics, business, science, or culture – and help put it in context for school leaders, explaining why the news matters and how it might affect teaching and learning (in the short or in the long run). We’re not always going to pick the biggest headline of the week to discuss; the application to education might not be immediately apparent. But hopefully we can provide a unique lens through which to look at news stories and to consider how our world is changing (and how schools need to change as well). This week (the week of July 28), Audrey Watters looks at the language learning app Duolingo and its plans to offer English language certification. 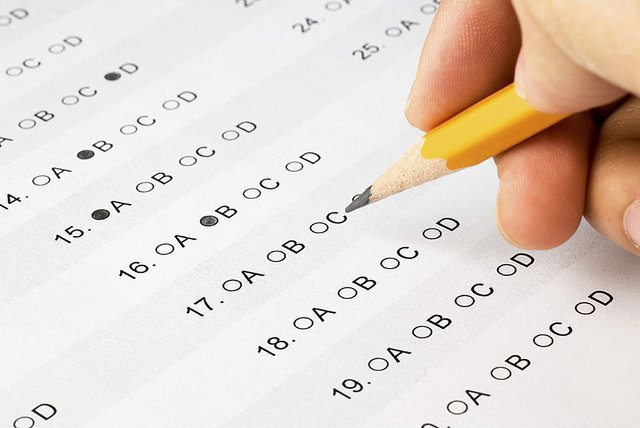 The language learning startup Duolingo announced that it plans to offer a certificate in English Language Proficiency. It has launched a standalone app, Test Center, that will offer a 20-minute, $20 exam.

The startup hopes to take on what it calls the “archaic” foreign language testing industry. Indeed it has set its sights on exams like TOEFL, the Test of English as a Foreign Language, that are often required by businesses and universities for non-native English speakers. Some 30 million people takes these exams every year, and TOEFL and similar tests typically cost several hundred dollars and require test-takers to travel to approved test centers on specific dates, then wait weeks for the results.

Duolingo’s new exam allows people to take the test via a smartphone or computer. To combat any potential fraud, the test-taker will have to snap a photo of themselves and one of their official ID. The test itself is then monitored by the computer’s video camera and microphone. The video is reviewed by a proctor and is attached to the certificate so identity can be verified.

According to Inside Higher Ed,

“The test consists of four types of questions. Test-takers have to pick out English words from a lineup that in one example included “boax,” “champoo” and “dac,” listen to a sentence and transcribe it, record themselves reading and complete fill-in-the-blank questions. The test adapts itself to the test taker’s level of proficiency, becoming easier or more difficult in response to correct or incorrect answers.”

Carnegie Mellon University plans to test the new Duolingo app as part of its admissions process and will encourage applicants to use its test alongside the more expensive and established alternatives.

The startup was actually spun out of Carnegie Mellon in 2011 and has raised $38.3 million in venture capital.

Even before the startup officially launched, technology journalists were predicting it would be “Google’s next acquisition target.” That’s because the company’s founder, Carnegie Mellon professor Luis von Ahn has had his research acquired by Google twice: the ESP Game and reCAPTCHA.

Duolingo is very much in the same spirit as these projects insofar as it utilizes human micro-tasks in order to solve larger problems — in order to help identify and verify information that computers cannot yet process.

Over 100 million reCAPTCHAs are displayed every day to verify human versus bot activity. In completing these — sometimes a really frustrating task — web users have helped Google’s book digitization efforts because reCAPTCHA are used in turn to help correct OCR misreads. Duolingo works in a similar way: by having users (unknowingly perhaps) engage in the mammoth project of translating the Web into all major languages.

But Duolingo is couched in terms of language learning, not web translation. So how well does it work?  Research (sponsored by Duolingo) has found the scores on the language proficiency exam do correlate highly with TOEFL scores. The startup has also commissioned research that examined its effectiveness compared to Rosetta Stone. (Independent research is harder to find.)

Duolingo clearly sees some major vulnerability in both the incumbent players in the language learning market — Rosetta Stone, for example — as well as in the language certification market. Indeed, the BBC uncovered widespread fraud at UK testing centers run by TOEFL’s parent company ETS Global, “including incidents in which examinees were replaced by ‘fake-sitters’ who completed the test for them and a case of a proctor reading the correct answers aloud to test-takers.” The Home Office stripped removed ETS from its list of approved language test providers. Perhaps the smelling blood in the water, education giant Pearson will also start beefing up its offerings of English language certification.