The debate about standardized testing has hit the mainstream. Or at least, it hit HBO last weekend, when John Oliver offered a segment on the topic on his comedy news show Last Week Tonight.

Oliver talked about the policies that mandate increasingly pervasive standardized testing in the US, along with the companies that profit from the mandate. He discussed too students’ stressful reactions to them, noting that kids throw up during tests so often that there are instructions on what to do if a child vomits on a test booklet. “Something is wrong with our system when we just assume a certain number of kids will vomit,” he said. “Tests are supposed to be assessments of skills, not a rap battle on 8 Mile Road.”

Although it’s far from an accurate count of how many people have seen the segment, the video has 2.8 million views on YouTube, and the reaction – at least according to YouTube’s “thumbs up” or “thumbs down” metric – has been overwhelmingly positive.

No surprise, education industry giant Pearson was not amused at finding itself at the center of the Last Week Tonight bit. In Oliver’s words, Pearson is “the educational equivalent of Time Warner Cable: Either you’ve never had an interaction with them and don’t care, or they’ve ruined your f—–g life.”

The Washington Post’s education blog gave Pearson space to respond. The op-ed, written by Pearson’s managing director of assessment and direct delivery, Alfred G. Binford, does not address John Oliver’s segment directly. (It does not mention it at all, in fact.) Rather, it’s a loosely framed argument that standardized testing is a scientific undertaking, necessary in order to ascertain how well students are doing.

Pearson invests in the research and design of fair, rigorous tests that help teachers, parents, students, colleges and employers see how well students are progressing in their learning, and where there are areas for improvement. New annual state tests based on higher standards have introduced a potential game-changer: performance tasks that enable us to see how well students can apply what they have learned in the classroom to solve real-world problems. 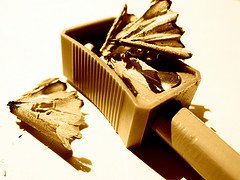 This argument is hardly new. But as the growing “Opt Out” movement suggests, it’s one that seems to be less and less convincing to students, parents, and educators alike.

And I think it’s totally fair to call it a “movement.” Some schools and districts are reporting half (or more) of their students are opting out of standardized tests this year. And while some proponents of testing and “accountability” have tried to dismiss it as actions that only white, affluent, suburban parents are pushing their children to do, framing the movement like that ignores communities like Chicago, for example, where communities of color – and just as importantly, students – are leading the charge.

It’s this last element that seems to be particularly important to build upon. That is, how can we help magnify students’ voice and agency in shaping their own education, and at the same time, reshape education policy?

If the current testing regime collapses – I’m not sure it will, but the John Oliver segment certainly highlights some of the frustrations of those who hope it will – what will appear in its place? Can we articulate that now so that Pearson and other testing companies don’t replace the old model with simply a re-branded, repackaged one?