I want to circle back to a post I wrote in this space a couple of months ago regarding the “Pedagogic Creed” of John Dewey and the model that he presents for clearly articulating your beliefs about learning.  I’ve begun asking the leaders at the schools I’m visiting if they’ve ever written down what they believe about how students learn, and you won’t be shocked to learn that to date, none have. Granted, it’s a small sampling size of about a dozen, but I know that for many of these folks it’s the first time that anyone has asked them the question. To be honest, I find it really troubling.

As much as we like to talk about the “modern” aspects of learning here, the focus of all of our work is just plain learning. How does it happen? How can it happen more effectively in schools? And what role do people play in that interaction now that we are surrounded by so many technologies and people and resources? If these are not the questions we are asking on a daily basis in schools, why not? All of our practice should be founded in our beliefs about how kids learn. If we believe that kids learn by pursuing questions that interest them, then our practice should revolve around inquiry. If we believe that kids learn best through direct instruction and lecture, then our practice should reflect that.

Too often, however, our practice is based not on what we believe but on what other people expect regardless of whether it’s good learning. “I believe that students learn best through test prep” is not something I would hope too many teachers would say they believe, yet that is what they practice. By and large, we’ve come to a place in public education (and to some extent private education as well) where other people are setting the agenda and we’re reacting to that agenda with what we think is appropriate practice. In the process, we defer to non educators to dictate what happens in classrooms.

This is obviously a problem. 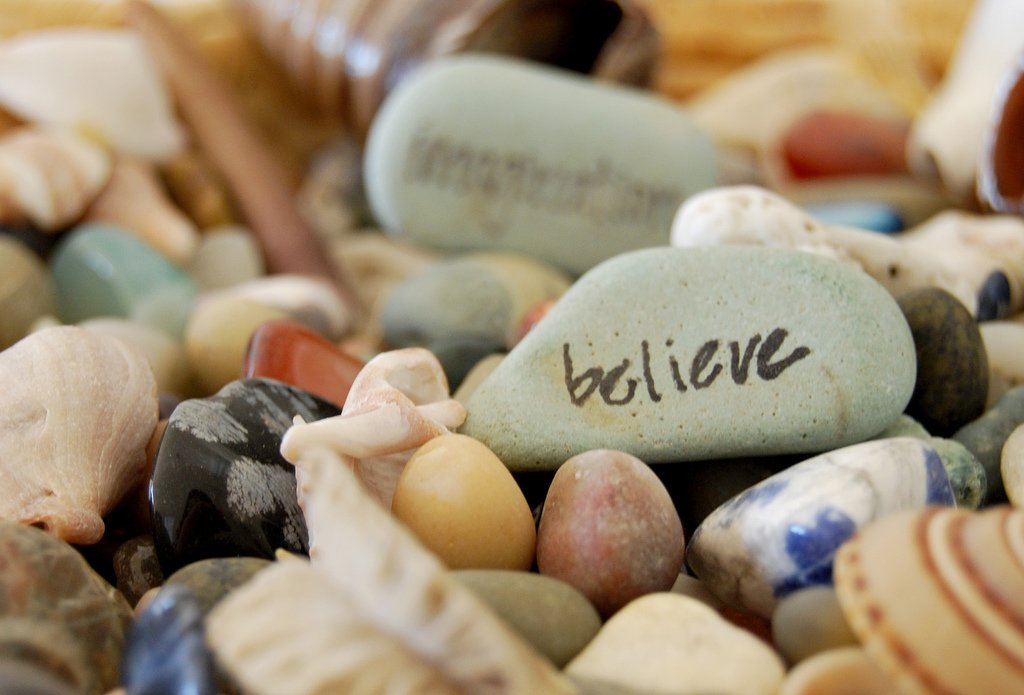 My friend Gary Stager clarifies the dilemma in no uncertain terms. In an interview with Steve Hargadon last week (well worth 12 minutes of your time), he said “Where schools get in trouble is by not knowing what they believe, not articulating what they believe, and not standing by what they believe.” Each of those is crucial, but obviously, the last two are moot without the first. If you don’t know what you believe, you can’t articulate it, and you can’t defend it.

If you want to know what it looks like, I’ll refer again to Princes Hill Primary School in Melbourne, AU where the principal, Esme Capp and her teachers start every school year with full days of talking about learning and how they believe it happens with kids. What results is a clear understanding on the part of the staff, students, and community as to what teaching and learning look like in the classroom. Here’s the latest iteration:

(For more on Esme’s leadership on this, don’t forget to watch her masterclass.) Those six principles are the foundation for practice in the school. Those principles are what clearly separates Princes Hill from other schools in the area. Parents bring their kids to Princes Hill in large part because those principles resonate. No one is guessing as to what Esme and her staff believes about learning.

Yet, Princes Hill is in the small minority of schools that can easily point to an articulated stance about learning. Almost everywhere else that I’ve been, I’ve had to hazard a guess. And in most cases, I can’t even do that since practice varies so much from room to room.

So, what do you believe, both as an individual educator and as a school community about how kids learn and what an education should be? Where is it articulated? And how does it play out in classroom practice. As you start this new school year (at least in the Northern Hemisphere,) I hope this is a conversation that you are renewing once again, or picking up for the first time. It may be the most important discussion you have all year.

2 thoughts on “This New School Year, What Do You Believe About Learning?”