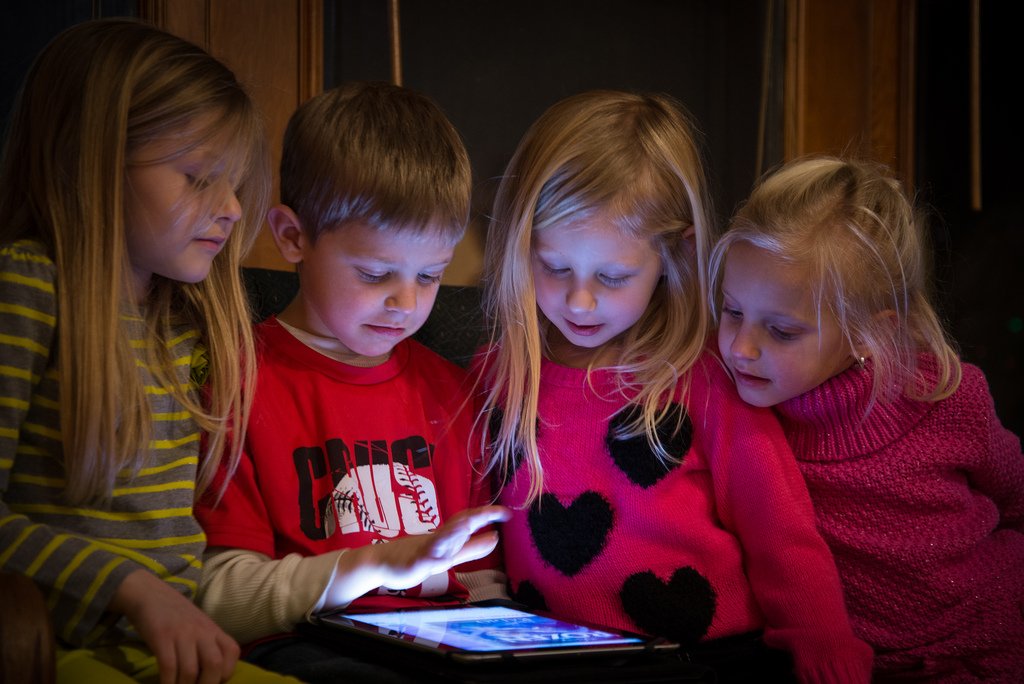 Despite appearances to the contrary, technology and education have always gone hand-in-hand. After all, books, pencils, and paper are technological inventions. Before home computers were ubiquitous, schools housed rows of DOS computers that printed—quite loudly—to dot matrix printers. Before touch technology exploded in the consumer market with the smartphone, many schools were using interactive whiteboards. Yet, when you hear people discuss using technology in the classroom, they frame it as if it’s a recent revelation—one that could have transformative consequences.

So what exactly does it take for technology to be transformative? And what qualifies as transformation in the classroom?

In 1964, communication theory philosopher Marshall McLuhan wrote in Understanding Media that “Our conventional response to all media, namely that it is how they are used that counts, is the numb stance of the technological idiot. For the ‘content’ of a medium is like the juicy piece of meat carried by the burglar to distract the watchdog of the mind.” McLuhan believed that people couldn’t learn anything of importance by looking at the content of a medium alone. In fact, he argued, the medium is the message.

If you view technological advances, particularly in education, through this lens, then introducing any new device has the power to dramatically impact learning. According to scholar Doug Brent, we must consider how the “technological characteristics of the medium itself reshape our lives not just by giving us new tools to play with but by reshaping our consciousness on a fundamental and subliminal level.” Students might learn subject-matter information from consuming content across a wide variety of platforms, from books to Internet research to social media. However, the book itself, the Internet itself, social media itself has the capability to bring about social and educational change.

Take social media and smartphones. In less than 10 years, they have fundamentally transformed social interaction. While friends once gathered at restaurants to simply eat, drink, and be merry, now they take selfies in the bathroom mirror before they head out, post gritty filtered photos of their food on Instagram, tag friends and “like” their pictures on Facebook, and live-Tweet their conversation, all powered by their slim, rectangular mobile computers. The gathering has changed purpose. While it was once a gathering of friends at a restaurant, now it’s a gathering of friends at a restaurant meant to be published and shared with a much larger audience.

According to influential techonomists interviewed for an article in Forbes, the most transformative new technology ranges from social and mobile tools to artificial intelligence. Ping Fu, President and CEO of Geomagic, Inc. named 3D printing as most influential; Andrew Hessel, the Co-Chair of Bioinformatics and Biotechnology at Singularity University listed synthetic biology; and Esther Dyson, Chairman of EDventure, cited the Internet (including access to it via mobile phones). Two techonomists discussed technology’s impact on education. Angel Cabrera, President of Thunderbird School of Global Management, said that “the proliferation of social media and learning technologies is lowering barriers to entry and increasing access to content creation and education.” And Harry Kellogg, Vice Chairman of Silicon Valley Bank, said that new technologies are reshaping our educational system and how we learn—for the better.

Yet most classrooms have not experienced that kind of transformation, despite the fact that a 2013 study conducted by Harris Interactive for Pearson found that 99 percent of student respondents use digital technologies in their studies. One of the reasons why transformation may not have taken hold is because of a wide gap between how much students use technology at home versus how often they utilize it in the classroom. According to a survey conducted by CDW-G, 86 percent of students reported using more technology outside of the classroom than in it, and only 4 out of 10 students felt their schools were meeting their technology expectations. In addition, the report found that 69 percent of students want to use more technology in class.

But beyond the amount of technology being used, the way in which it’s being implemented does not meet the standard for transformation.

“We’re still using technology to teach at our students, rather than putting technology into kids’ hands as a tool for them to learn with,” says Julie Smith, vice president for K–12 education at CDW-G, in an article for Scholastic Instructor.

Students not only want to use more technology in class, they’re also craving new learning models, such as hands-on projects, independent study, and virtual learning. Some classrooms have already made that leap. For example, the Makerspace program assists students and teachers with creating DIY projects using technology in the classroom. The Maker movement is gaining steam because of its success with the kinesthetic learning model. In addition, some schools are beginning to incorporate coding in the classroom as early as elementary school, citing not only gains in technical knowledge for students but also meta-cognitive skills such as collaboration, problem-solving, and logical thinking.

However, the majority of schools are faced with significant barriers to cohesive and transformative technology integration. At the root of these obstacles: lack of funding. In order to equip classrooms to meet 21st century learning models, not only do schools need to invest in new devices, but also infrastructure, from better Internet connectivity to more flexible classrooms. And that costs money—money that’s currently being slashed from state and federal budgets. First grade teacher Tina Glenn, of Ione Olson Elementary School in Marina, California, says that budget constraints have severely impacted the quality and amount of technology available to her school. She has an old Dell desktop computer, a thinkpad, a document camera, and three iPads, one of which doesn’t work. “There are simply not enough computers for our school to utilize on a regular basis,” she says.

For those teachers that do have better access to technology, change is happening in their classrooms, but it might not be technically transformative.

Beth Cina, a second grade teacher at Forest Grove Elementary School in Pacific Grove, California, says that while her learning model hasn’t changed, her method of delivery has, through the use of software programs, tablets, laptops, games, videos, and educational websites. The result is students who are much more engaged and eager to learn. “The curriculum is magnified through use of supporting components, and skills are enhanced through the use of games and interactive lessons,” says Cina.

Joan E. Hughes, Associate Professor of Learning Technologies at the University of Texas, Austin, views technology integration in the classroom through a framework she calls R.A.T., which stands for Replacement, Amplification, and Transformation. At the Replacement level, the only change that occurs is replacing old technology with newer technology. In Tina Glenn’s case, tablets and the thinkpad have replaced workbooks during her language arts centers. At the Amplification level, technology has an intensification effect, allowing students to learn more, faster, clearer, and stronger. Beth Cina’s use of technology to engage students and enhance skills would fall under this category. Finally, the Transformation level results in alteration, restructuring, and reorganizing at the fundamental levels of education. Those participating in Maker programs or coding in the classroom are experiencing these kinds of changes.

However, thinking back to McLuhan’s theory, all three of Hughes’ examples could qualify as transformative, simply because the technology itself has the capability to bring about widespread change. Perhaps with time, increased funding, and connectivity (which will allow for ubiquity), merely changing the medium will, in fact, change the message.

1 thought on “What Qualifies as Transformative Technology in Education?”