Testing in Texas. Each week, Educating Modern Learners picks one interesting current event – whether it’s news about education, technology, politics, business, science, or culture – and helps put it in context for school leaders, explaining why the news matters and how it might affect teaching and learning (in the short or in the long run). This week (the week of May 18), Audrey Watters looks at news out of Texas that Pearson has lost its contract for the state’s standardized tests. 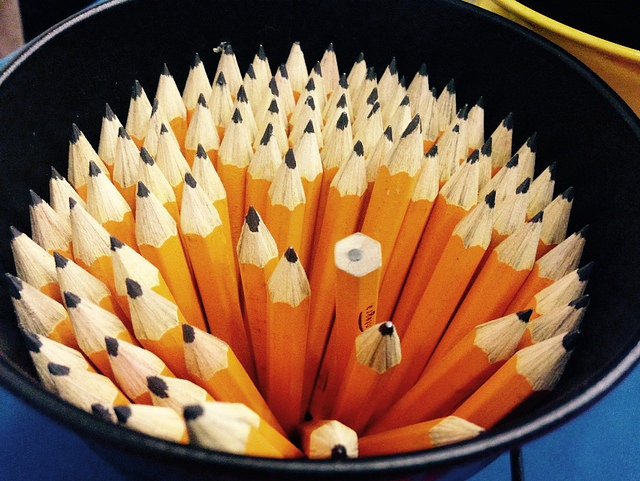 The Texas Education Agency announced this week who’d be the provider of the state’s standardized tests for the next four years. And for the first time in three decades, it’s not Pearson.

Instead, Educational Testing Service (ETS) will take over the bulk of the $340 million contract.

According to the Texas Tribune,

The London-based Pearson Education has held the state’s largest education-related contract – most recently, a five-year, $468 million deal to provide state exams through 2015 – since Texas began requiring state student assessments in the 1980s. Under the new agreement, the company would still develop the state’s assessments designed for special needs and foreign students. That portion of the contract is worth about $60 million.

As the Legislature moved to reduce the state’s standardized testing program in response to widespread outcry from parents and school leaders in 2013, the state’s contract with Pearson became the focus of much criticism. Many lawmakers, including former Senate Education Committee Chairman and now Lt. Gov. Dan Patrick, R-Houston, attacked what they viewed as the company’s excessive influence in the policy-making process and called for greater scrutiny of testing contracts.

This is the second major contract that ETS has been awarded instead of Pearson, as earlier this month, the organization picked up the state of California as a customer – a deal worth $240 million. Pearson lodged a complaint about the bidding process for the California contract, claiming that “was flawed on a number of fronts, including that Pearson was not given adequate credit for submitting the lowest-cost bid; that ETS was allowed to mimick a strategy put forward by Pearson for using teachers to score exams; and that state reviewers were improperly allowed to throw out notes they took during the proceedings.”

While there seemed to be plenty of cheers on social media that Pearson had lost the Texas contract, it’s clear that there are plenty of other companies prepared to step in and provide standardized testing. ETS isn’t much of an underdog here. Best known for the TOEFL and GRE exams, ETS also administers the NAEP exam (the National Assessment of Educational Progress, also known in the US as the “nation’s report card”) and it works with the College Board to administer the AP exam.

To echo what I wrote earlier this month, we need to think beyond simply replacing Pearson. We have to think about what should replace standardized testing.