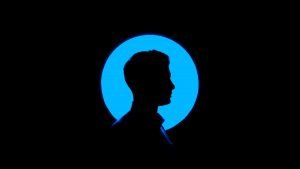 With all the talk around modern learners, it’s probably time we got up close and personal to understand a little more about their motivations, behaviors, and attitudes. First up, let’s be clear. Modern learners aren’t defined by an age group or demographic but rather by their habits, dispositions, and most importantly their ideas about the rapidly changing world in which they now live. They identify by how they function within that modern context. They’re motivated by unlimited access to the world around them and a freedom to learn, and consequently, their behavior is in stark contrast to learners of old. These are not young people who come to us tabla rasa, empty vessels to be filled with prescribed, testable lumps of knowledge. Rather they aspire to be designers of the changing world. They are producers and contributors, not just passive consumers. Ten years ago, at a small research and development operation at ideaslab in Broadmeadows, Australia we spent several years … END_OF_DOCUMENT_TOKEN_TO_BE_REPLACED 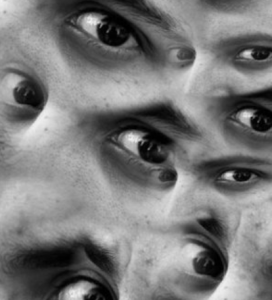 In this episode, Bruce and I discuss a powerful essay written by Carol Black titled Children, Learning, and the Evaluative Gaze of School, one that discusses the very real effects on kids of a culture of surveillance and assessment. Some of the questions we kick around: Why have we gotten to this point where we want to monitor and assess every mood and movement of kids? How do we provide more of a balance for students between their school and personal lives? How do we break out of traditional narratives and habits to start with a different question? How do we start with the question "Is this good for kids?" How do we start a process for bringing people together to hold different conversations around our interactions with kids? We also chat about some first steps that school leaders might take to create some new conversations forward in their communities. Would love to hear your thoughts. … END_OF_DOCUMENT_TOKEN_TO_BE_REPLACED

I think it might be high time we called “accountability” and its kissing cousins “metrics” and “performance indicators” to account. For educators, that draws a focus to assessment, where maybe it's time we asked if high-stakes standardized testing has finally reached its use by date? I mean what do you think it will take before we see public acknowledgment that the damage such ill-conceived tests have done to our kids and their learning, far outweighs any real or perceived benefits? Will it be when we have evidence that supports the depth and breadth of the damage to our learners? In my mind, there is no doubt we already have that, in fact, an overwhelming amounts. Our recent Whitepaper, 7 Strategies to Win the War on Learning references a significant number, and the thousands of downloads would suggest it's already provoking a wider conversation. Will it be when we see policy action at a senior government level that acknowledges the need for alternatives? That is also … END_OF_DOCUMENT_TOKEN_TO_BE_REPLACED 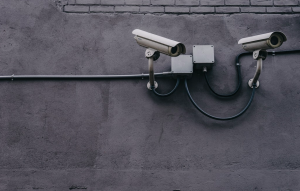 There's a growing sense that we've reached a breaking point with technologies in the classroom. France is banning all mobile devices from middle and high school next fall. Privacy concerns continue to mount around Google Classroom and other school wide "solutions" that attempt to manage the daily interactions between teachers and students. And now, as AI and VR and AR begin to attach their tentacles to education, concerns about how to marry tech and teachers are reaching new heights. Good times. Yet, as someone who celebrated his 17-year blogging anniversary this week, I'm still in the camp that says humans and technologies can work together in powerful ways in classroom learning contexts. The problem, however, is that most of what ed tech is selling us isn't really about learning; it's about teaching. I was reminded of that once again this week when I walked up to the booth of a big name vendor at a small regional conference and asked the rep what seems to be the toughest … END_OF_DOCUMENT_TOKEN_TO_BE_REPLACED 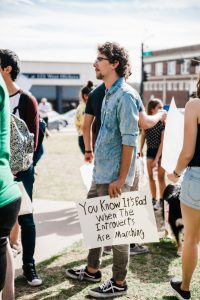 Surprisingly, it wasn’t Deputy Headmaster Rohan Brown abruptly cutting a student’s hair that was front page news, but rather what came next. It was a day in early March when school photos were being taken, and as the young lad walked through the front gate of Trinity Grammar, a prominent boy’s school in Melbourne, Brown noticed the length of his hair. As he had done on other occasions, he pulled a pair of scissors out of his pocket and snipped a lock of hair. Only this time, it was captured on a fellow student’s iPhone, posted on social media, and within days Brown was dismissed, after more than thirty years teaching at the school. However, that was not the end of the story but rather the start, with several weeks of student-led protests, meetings, and online petitions to “Bring Brownie Back” which reached out to drive strong parent support. Within weeks Brown was reinstated, the Headmaster resigned together with several School Board members. Now in light of the massive … END_OF_DOCUMENT_TOKEN_TO_BE_REPLACED 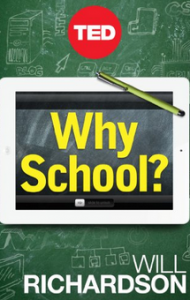 Why Change School? Part 1 It's been almost six years since I wrote Why School? which happily ended up being a best-selling TED Book but, unhappily, didn't allow me to retire to my island paradise due to the $2.99 Kindle-only cover price. I'm still humbled when I look at the Amazon reviews that people have left over the years; for many, the case for doing a serious refresh of this thing we call "school" resonated deeply. People have told me as well that the essay (it's still hard for me to call it a book) kicked off a lot of serious conversations about how our work in schools needs to be seen through a different lens given the profound changes of the last couple of decades. I'm grateful for that. As I reread it this morning, I was struck by how much of it still applies today. Abundance continues to explode. Literacy continues to become more complicated. Learner agency is expanding at an even faster rate as new information, new tools, and new people enter our learning lives. I'm … END_OF_DOCUMENT_TOKEN_TO_BE_REPLACED 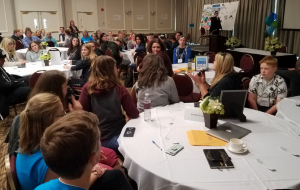 How important is it to ask what students think of their education? It's vitally important for us to ask this of our students even though we may not be satisfied with what they say about their classroom experiences. Bruce and I are discussing this concept today, along with my recent eye-opening visit to a school in Ontario, homeschooling and self-determined learning, and an impressive new school opening soon in Albemarle, VA spearheaded by retiring superintendent Pam Moran.   Show Notes: Albemarle Tech Center for Creativity and Invention Change School The Modern Learning Lens Lisa Harvey Smith Article Phillip Adams Bio Pam Moran Podcast     … END_OF_DOCUMENT_TOKEN_TO_BE_REPLACED

Over the last dozen years, one of the things I've become most interested in is the ways in which schools define their value in the world. In fact, it's one of the first things I try to suss out whenever I visit a school or a district or a board. What matters here more than anything else? What makes this place "successful?" It won't come as a shock to hear that in most places, what matters is results. Specifically, results that are measurable and that easily turn into data that can be compared year over year. To achieve "success" as a school, the numbers have to show it. Higher graduation rates. Better state test scores. More consistent attendance. Gains in SAT, ACT, and AP test scores. Being "data-driven" has a purpose; it's an efficient way of telling a story. Real estate agents love it, even if it may be the wrong story to be evaluating and telling. I say that last bit because another thing I've become deeply interested in is how little state test scores, attendance, SAT, ACT, … END_OF_DOCUMENT_TOKEN_TO_BE_REPLACED 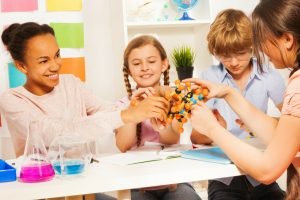 Is instruction really necessary in schools? That's just one of the many intriguing questions we dive into in our latest podcast with our friend, mentor, and educational leader, Gary Stager, in a conversation that will have you thinking hard (once again) about teaching and learning in the modern world. Gary’s focus is on the nature of teaching, and he says that since the mid-80’s, we have removed the art of teaching from teacher training, and now we have a generation of teachers who don’t know how to teach. To rectify this, we need to create a productive context for learning and “bridge the gap.” We do that by creating interesting, relevant projects instead of “reckless instruction.” Gary believes that deep, meaningful learning is often accompanied by obsession, and his focus is on answering the question: How can we create experiences and context in classrooms where kids can discover things they don’t know they love? This is done by implementing good projects that spur creativity, … END_OF_DOCUMENT_TOKEN_TO_BE_REPLACED 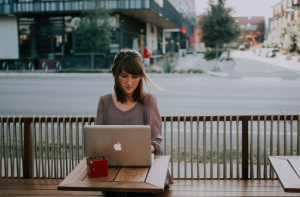 What if one primary goal we had in schools was to develop kids as "professional learners"? As in people who make money because they are learning. That's the intriguing phrasing that one of my favorite workplace bloggers Jane Hart uses to describe what people formerly known as employees need to be to thrive today. In the modern workplace there is no longer such a thing as a job for a life – only a life of jobs – so it’s up to everyone to continuously update their knowledge, skills and productivity and become an independent, modern, professional life-long learner. Much about that resonates for me. The idea that there is a growing sense of self-determination that learners possess, able to choose the what, the why, the when, the how, and the with whom of learning. The idea that learners have to be well versed in the learning affordances of modern technologies. That your paycheck depends on your ability to learn. And, I'll add, the idea that being a productive, caring, … END_OF_DOCUMENT_TOKEN_TO_BE_REPLACED